Home Self 4 Steps to Overcome Your Limiting Beliefs 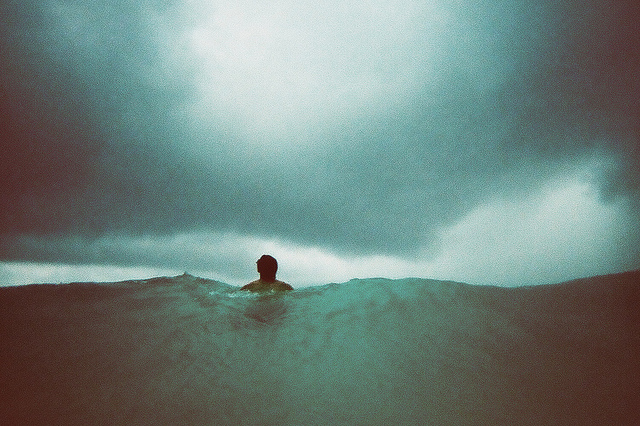 Have you ever believed something only to find out later it was not true?  Unfortunately, we often believe things about ourselves that simply are not true, and these limiting beliefs can hold us back from reaching our full potential. 4 Steps to Overcome Your Limiting Beliefs

A case in point is a belief I once had about myself growing up.  I had heard a number of times the question, ‘What’s wrong with you, are you stupid or something?”  So much so I began to believe there actually was something wrong with me and that I was not a smart person.  This impacted my decisions after high school.  I simply knew deep down that there was no way I could ever go to college; after all, I just wasn’t smart enough.

Instead, I enlisted in the Coast Guard. My plan was to do that until I retired.  However, along the way, I had a supervisor who saw something in me I did not see in myself.  He was working towards his bachelor’s degree and was taking tests for college credit.  Each time he would pass one he would show it to me, and tell me I should think about going to college and taking some of these tests too.  I thanked him but told him I just wasn’t college material. He kept after me to the point that I finally asked him if I took one of the tests, whether I passed or failed, would he leave me alone about college.  He agreed.

Thankfully, I had someone that pushed me towards overcoming my limiting beliefs.  As I looked back on that experience, I identified four steps that I went through to achieve my academic goals.  These four steps can be used to overcome any limiting belief you may have.

The next step is to challenge the limiting belief.  Anthony Robbins in his book, Awaken the Giant Within, uses the metaphor of a belief being like a table top with legs.  The table top is the belief, and the legs are the facts used to support the belief.  However, often the legs we used to support a limiting belief are not factual, we just believe they are.  When we examine our so-called facts we find that we have blown them out of proportion and shaped them to form a false narrative.  When we begin to question these facts, the legs get cut out from underneath the table top, and the limiting belief begins to fall apart.

In my case, I had a number of experiences where I had done some dumb things.  However, upon closer examination, there were times I had done some smart things as well.  However, I had simply written those off as pure luck.  When my supervisor challenged me, and I passed that first test, I began to really question whether I had been lying to myself all those years.  My false narrative was being challenged.  I went on to take another test, and pass it, and then another. I began building and shaping new legs. What are the false facts you have been using to support your limiting belief?

Can the new legs support the old limiting belief?  No, because they simply are not compatible.  In this case, you will need to replace your old limiting belief with a new one.  Before May 6, 1954, the entire running world thought it was impossible for a person to run a four-minute mile.  However, on that date, Roger Bannister did the impossible and ran the mile in 3 minutes and 59.4 seconds.  The next year, there were people all over the world that were doing sub-four-minute miles, but they were beating Bannister’s time. How? They changed their limiting belief of one that they could not run a mile in less than 4 minutes, to a belief that they actually could.  For me, my belief became that I actually was smart enough to attend college, so much so that I believed I could go further and attend law school as well.  Two of the most powerful words in the world are I AM.  To form your new belief simply write out I AM ____________, and fill in the blank with new belief.

“Act As If” You Have Already Achieved

Will your new belief take over night?  Probably not.  You have had your old limiting belief for so long it’s going to take time to build up those legs to support your new belief.  There is an old saying of “fake it till you make it”, but a more positive outlook would be to “Act as if” you have already achieved your new belief.  If you wanted to be a world class musician, how would that person act?  Or an athlete at the top of their game?  Perhaps your belief is you’re a great business person.  How would a great business person act?  Whatever your new belief is act as if you are already that person.  What would such a person do?  For me, a person who is good at college would attend class, study, seek help from professors.  So I did those things.  I acted as if though I was already that person.

As stated before, it’s not going to happen overnight.  However, following these four steps you will be well on your way to identifying your limiting beliefs, challenging them, installing new empowering beliefs, and acting as if you have already achieved your desired outcome.