Home Stories Everyday Heroes This Video of a Man Saving a Rabbit from California’s Wildfires is... 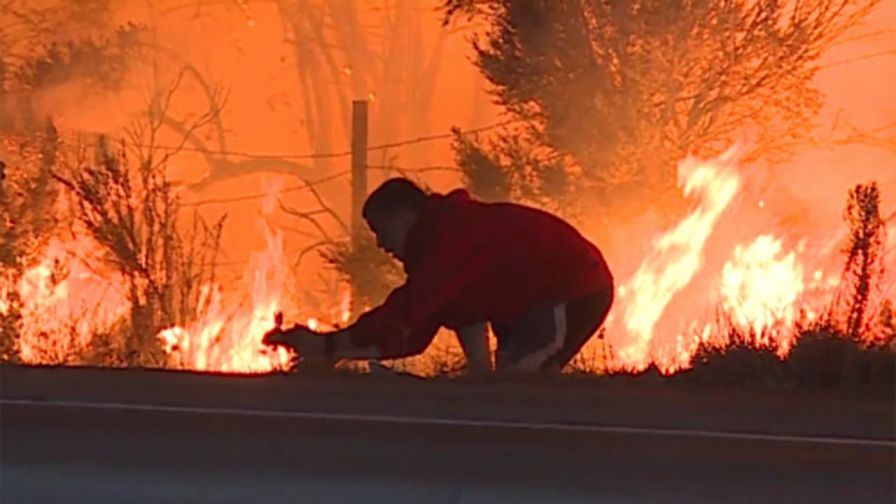 With wildfires burning through more than 100,000 acres and people rapidly fleeing greater Los Angeles — over 200,000 people have been told to evacuate their homes — the City of Angels and its surroundings look they’ve been taken straight out of a nightmare.

And while emergency crews are fighting the brisk winds, steep terrain and, most likely, fatigue after days of relentless work, they got some unexpected help the other day.

One brave man stopped along a Ventura Highway engulfed in smoke and flames to save a wild rabbit that was heading towards the ravaging fire.

Witnesses say this man pulled over to save a wild rabbit from flames along Highway 1 in Southern California as the massive #ThomasFire spreads toward Santa Barbara County. https://t.co/gGqzZlGfqT pic.twitter.com/3MT8IvV91d

While at first witnesses couldn’t see what the man was so concerned about — clutching his head, jumping and pacing anxiously along the side of the road — the reason for his distress became apparent as soon as he managed to grab a hold of the tiny animal.

The man refused to comment about the event and, despite extensive media coverage, his identity remains unknown.

What we do know is that this video of a man saving a rabbit from the hellish scenario comes as a welcome relief after all the damage and destruction the fires have caused. Not to mention that it’s exactly what we needed to see today.

And if you need another story of an unlikely hero, check out this story of a Las Vegas homeless man who saved two young children from a burning home.