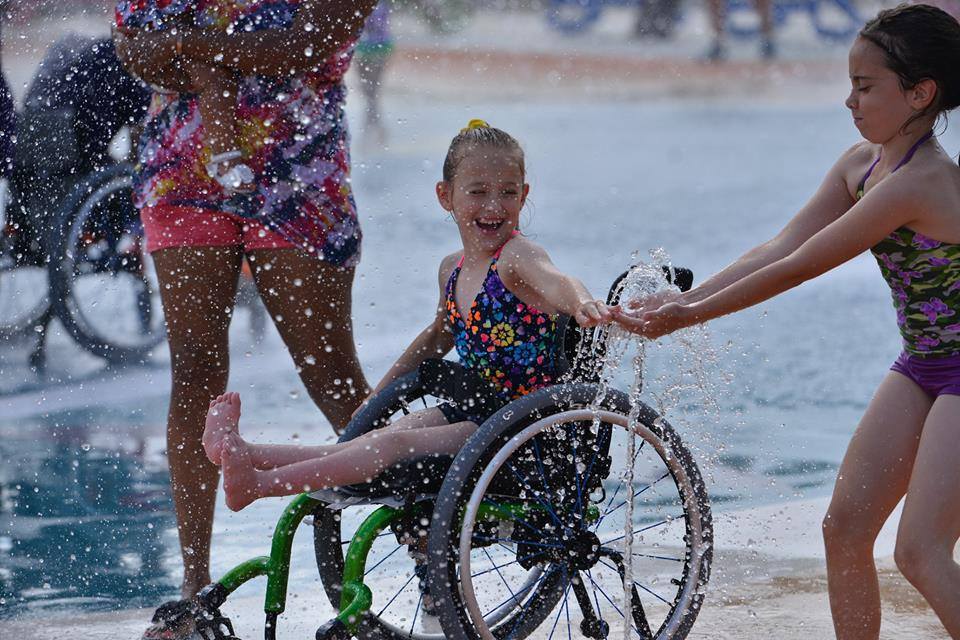 Maggie and Gordon Hartman welcomed their daughter Morgan into the world 24 years ago.

Ever since, Morgan has been the driving force behind the Hartmans’ fight to create better opportunities for people with special needs. To create environments where people with disabilities can pursue fun, laughter and all the things they so often get locked out of.

A happy child, Morgan’s sunny disposition brought boundless joy to the Hartmans, but painful moments as well as the world at large seemed to be bent on putting limitations on their daughter.

A 2005 family vacation brought everything to a head – an outgoing Morgan tried to join in with a group of kids at the hotel pool, but was locked out because of her otherness. In that moment, Gordon Hartman decided his daughter, nor any other child or adult with special needs, will ever be denied fun and play again. After a successful career in land development, in 2005 Gordon was looking to his career in building homes for low- and middle-income families for inspiration for his retirement years. Then the family took that fateful vacation. By 2007 a simple, yet wonderful idea was born – what if there was a place Morgan could freely play with other children? What if all kids and families regardless of needs or income level could enjoy a day in the sun?

Morgan’s Wonderland opened in April 2010 in Gordon Hartman’s hometown of San Antonio. Built on the former Longhorn Quarry, the $34 million theme park has since welcomed more than one million visitors, and has continued to grow from year to year, building on the Hartmans’ belief in the power of play and inclusion. Morgan’s exuberance and love of life and the generous donors of The Gordon Hartman Family Foundation have spurred Morgan’s Wonderland to non-stop growth, while staying true to their commitment that special needs individuals enjoy complimentary access.

Most recently, the waterpark celebrated the opening of Morgan’s Inspiration Island in June – making the 17 million ultra-accessible waterpark the world’s first. Thanks to the newly-developed technology of air-powered, waterproof wheelchairs, the theme park offers inclusive fun in the sun for children and adults of all abilities and ages. Prior to that, 2014 saw the launch of the Children’s Rehabilitation Institute of TeletónUSA (CRIT), which now serves hundreds of children.

“(…) create opportunities and places where those with and without disabilities can come together not only for fun but also for a better understanding of one another. – Morgan’s Wonderland

Opened in 2011, The Academy at Morgan’s Wonderland is the only school in Texas approved by the National Commission for the Accreditation of Special Education Services. The Hartman Foundation’s school serves students aged 12 to 24 with special needs, while the 2012-launched South Texas Regional Adaptive and Paralympic Sports (STRAPS) now operates as a Paralympic Sports Club, creating further opportunities for fun and development.