Home Relationships Family Hey Dave? My sister is a bully who jumps over tables in... 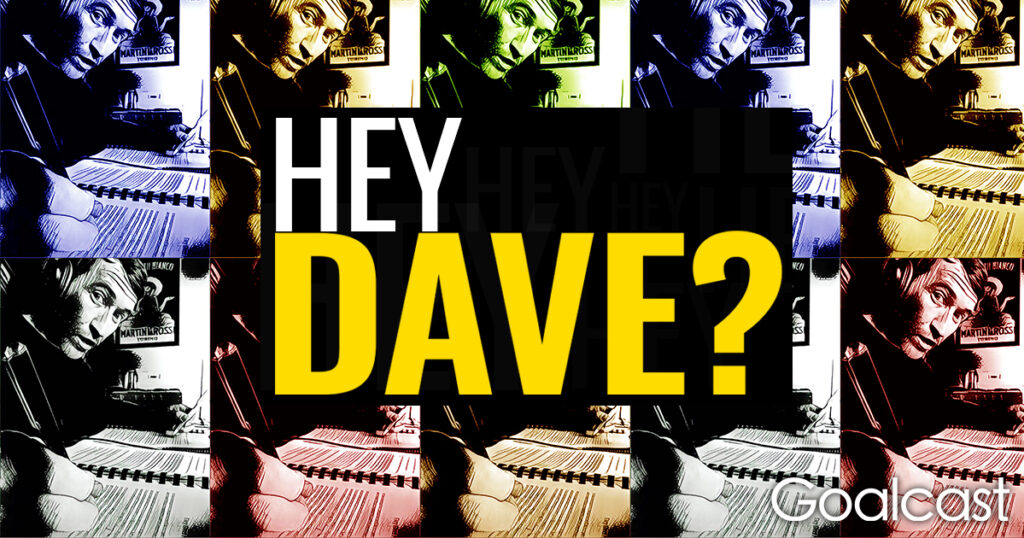 Hey Dave? is an advice column. That’s a picture of me, hard at work solving the world’s personal problems. Dave is my real name, and I’m here to help. Why? There are lots of reasons, but mostly because I care about you getting good advice.

Are you in a tough spot and want to say Hey Dave? You can ask me your question here.

My older sister and her husband came to visit us last year, and during that time my sister had a meltdown and actually leapt over the table and screamed in my husband’s face while they were having a political discussion.

The next evening, she lost her temper while she was having a discussion with our neighbour.

Then, my younger sister’s husband called my older sister to ask her what the heck that was all about. My older sister warned him to never call her again or she would “hunt him down.”

My older sister is a lawyer, she works for the government, she is a very intelligent woman, but this behavior is very disturbing. She has always had a volatile temper and likes to intimidate and bully people.

Now my older sister wants to either visit me again, or have us visit her.

She is my sister but her behavior is out of control.

How do I resolve this? Should I turn my back on my older sister and no longer have a relationship with her or should I confront her about her behavior? Will confronting her do any good or just be more upsetting?

Wow, there’s not just a lot going on here but, overall, your family dynamic also seems to be a little tense, if not outright hostile. Also, your sister leaps over tables?

Second-Born, if you’re here for quick solutions, then here are your short answers: Like most problems, this one can be resolved by talking like adults. No, don’t turn your back, but yes, you probably need to confront her. Yes, confronting her will probably do good, but it will also be upsetting.

RELATED: Hey Dave? I got the family blues…

If you want to make real change, we’re going to have to put some effort in:

Ultimately, if you don’t confront your older sister, she will continue to believe that she can get away with behaving like a child, because that’s what bullies do.

RELATED: Hey Dave? Help! My Parents Are Holding Me Back!

If all else fails…  Maybe you should explain toyour sister that her behaviour is not conducive to a productive conversation and that you need to postpone all visits for the foreseeable future.  Hopefully, that would give her a little bit of time to think on some of the consequences of her behaviour.

Are you in a tough spot and want to say Hey Dave? You can ask me your question here:

Why Ambivalent Relationships Are More Dangerous Than They Seem