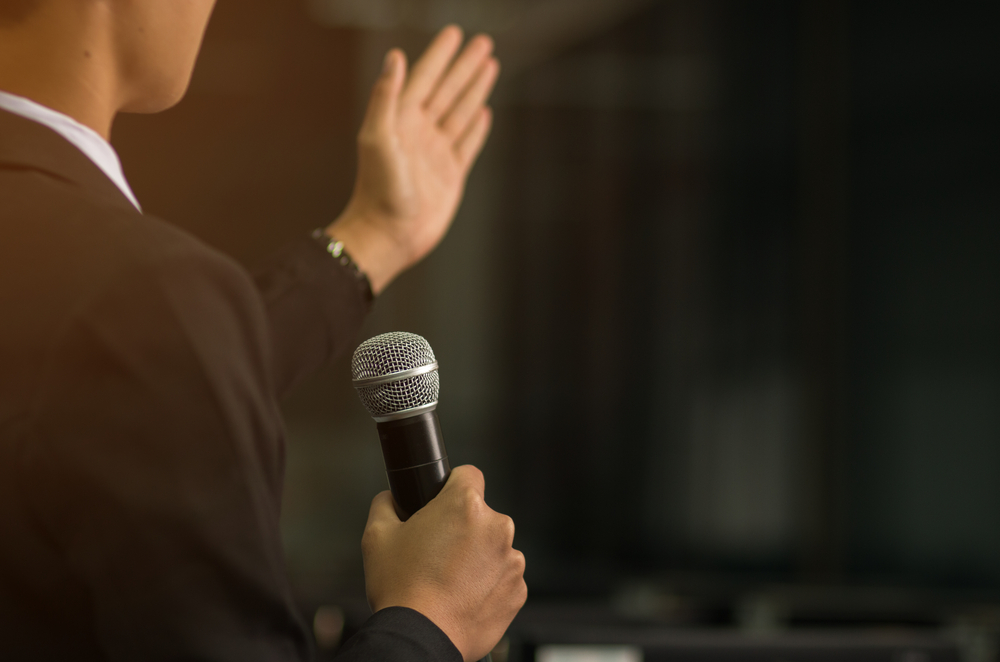 Let’s face it: Very few of us are born strong public speakers.

If you manage to get passed the fear of public speaking, a hurdle in itself, you still have to get good at delivering your message. You don’t necessarily have to be a master communicator, but you can still need learn tricks to improve your ability to address a crowd and get your point across. One of my favorite platforms is TED, the technology, entertainment, and design conference that now covers cutting-edge ideas on every topic imaginable. TED talks are some of the best examples of amazing public speaking in action.

Some speakers are better than others, and certainly not all of them are great, but in my time watching and listening to TED talks, I’ve picked up many valuable public speaking lessons from them.

The best book, like the best speech, will do it all – make us laugh, think, cry and cheer – preferably in that order.

Here are three of the best public speaking lessons from the world’s greatest TED talks:

1. Acoustics are the most important part of the delivery

Despite how important this is, I rarely see this tip mentioned as key to delivering a great speech.

I’ve watched several great TED talks that would normally not be very exciting (even though they contained valuable information), but where the speaker spoke so clearly and projected their voice so well that it helped the audience stay hooked.

Here’s an example of great projection from Andrew Solomon’s talk on the way life challenges define us:

While the emotions are powerful, the topic is pretty heavy, so it would have been easy for either the speaker to waver in his projection or the audience to waver in its ability to pay attention. However, Solomon projects his voice consistently and does a great job of keeping everyone engaged through his delivery.

How you deliver your speech is important, but it doesn’t matter how clear, loud, or exciting you are if the content of your speech is boring — then it’s not a great speech.

Great public speaking is about knowing how to plan the contents of your speech, and then communicating that message effectively while your speaking.

How well does your audience know your topic? Is there a piece of your content that is really compelling? Does the content include actionable information? Should you include storytelling techniques? These are the kind of questions you need to be asking yourself.

The best way to learn how to deliver your content effectively, though, is in watching others do it. Here’s a captivating example from Benjamin Zander’s talk on the transformative power of classical music:

At the beginning of his speech, Zander proclaims that by the end of it, he’ll have proved to audience members that they actually love classical music (even if they don’t think they do). Zander’s speech is incredible because he succeeds and delivers on his promise.

Jane McGonigal’s 2010 TED talk on how gaming can improve the world is another great examples:

McGonigal’s speech is great because she really gets the audience involved during her speech, and delivers the content in a way that fundamentally breaks down the value of her message and helps anyone understand it (even non-gamers).

3. The best speeches are emotional

Great speakers generally have one thing in common: They’re powerful.

That’s the word typically used to describe them, at least. However, that’s a bit vague. By power, I’m referring to the ability to communicate emotion, whether that’s anger, sadness, love, joy, or excitement, in a meaningful, authentic and impactful way.

Whether it’s humor and passion, as it’s the case with Sir Ken Robinson’s many great TED talks, or touching personal stories such as the adversity-turned-empowerment journey described in Amy Cuddy’s wildly popular TED talk on body language, emotions are the single most important aspect of any great speech.

The best speeches are given by people who deeply care about what they’re talking about and aren’t afraid to express how they feel. Remember this when you’re preparing for your next speech, and work on channeling the emotions you feel that are relevant to your topic, or the ones that simply fit your personality better.

What Eddie Murphy Has To Say About Fathering 10 Children With...