The Lord of the Rings, an epic fantasy novel that was subsequently turned into an epic movie series, is J. R. R. Tolkien’s masterpiece. Over 150 million copies of the book have been sold to date. 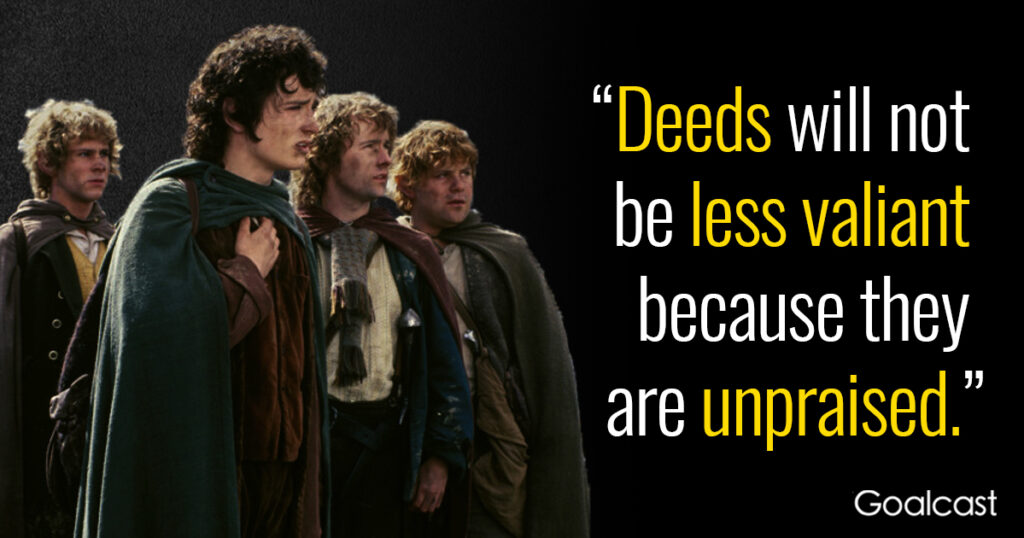 The Lord of the Rings began as a sequel to The Hobbit – another big success – and became one of the most memorable, complex and influential fantasy books of all times.

In the journey of destroying the One Ring, Tolkien created a magic world where all the forces of good come together to prevent the Dark Lord from unleashing his wrath upon the Middle-Earth.

It took around twelve years for The Lord of the Rings to be completed, and another six to be published. Thank God Tolkien decided to “neglect” a bit of his tasks as an English professor and dedicate his time writing this titanic success. 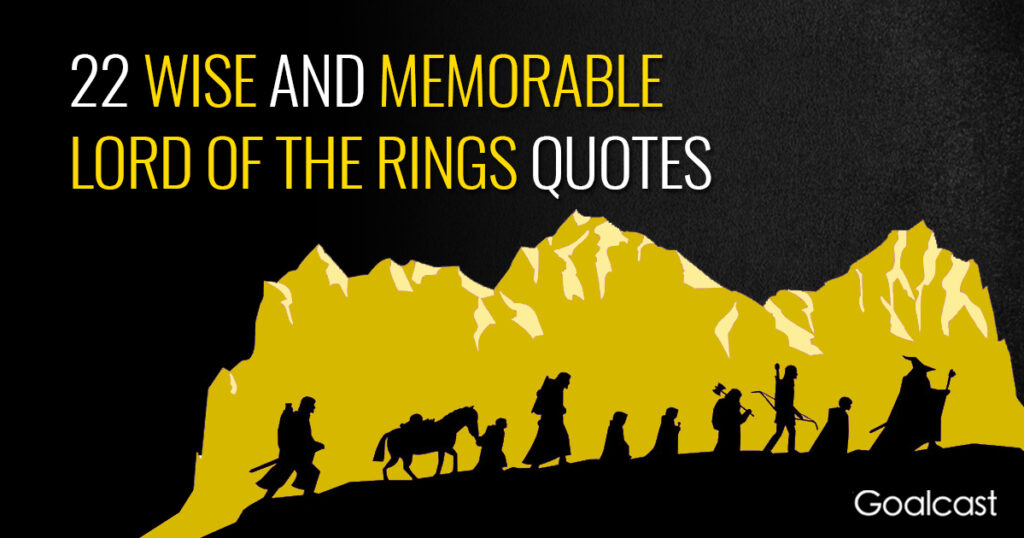 But in the end it’s only a passing thing, this shadow; even darkness must pass.

It is useless to meet revenge with revenge: it will heal nothing.

Deeds will not be less valiant because they are unpraised.

Even the smallest person can change the course of history.

There’s some good in this world, Mr. Frodo… and it’s worth fighting for.

A hunted man sometimes wearies of distrust and longs for friendship.

Yet such is oft the course of deeds that move the wheels of the world: small hands do them because they must, while the eyes of the great are elsewhere.

It is a strange fate that we should suffer so much fear and doubt over so small a thing… such a little thing.

He that breaks a thing to find out what it is, has left the path of wisdom.

All we have to decide is what to do with the time that is given us. 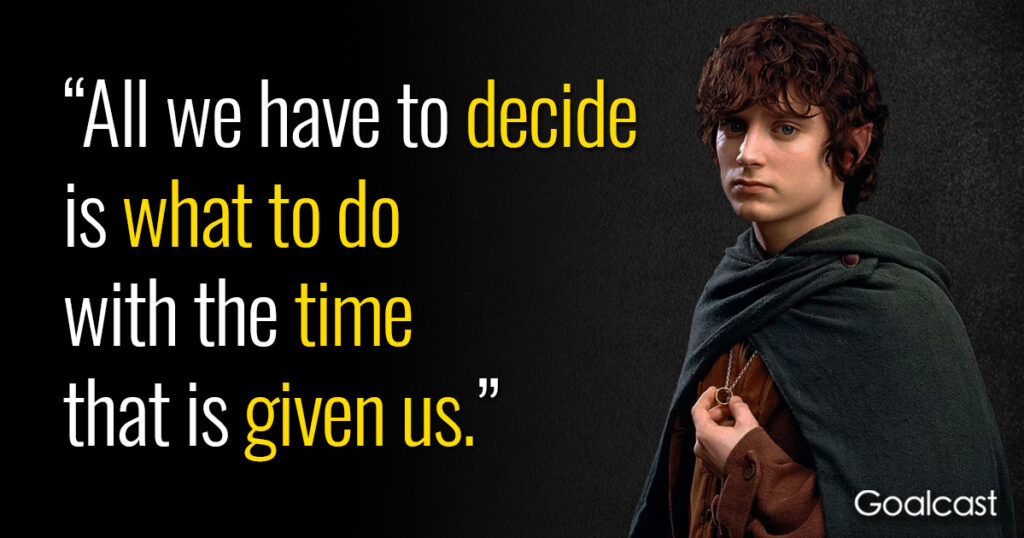 Many that live deserve death. And some that die deserve life. Can you give it to them? Then do not be eager to deal out death in judgement. For even the very wise cannot see all ends.

It is not our part to master all the tides of the world, but to do what is in us for the succor of those years wherein we are set, uprooting the evil in the fields that we know, so that those who live after may have clean earth to till.

Many are the strange chances of the world, and help oft shall come from the hands of the weak when the wise falter.

The burned hand teaches best. After that advice about fire goes to the heart.

Torment in the dark was the danger that I feared, and it did not hold me back.

Who knows? Have patience. Go where you must go, and hope!

It is not despair, for despair is only for those who see the end beyond all doubt. We do not!

Maybe the paths that you each shall tread are already laid before your feet, though you do not see them.

Memory is not what the heart desires. That is only a mirror.