An adventurer and one of the most influential writers of America, Mark Twain is the author of The Adventures of Tom Sawyer and Adventures of Huckleberry Finn. Born as Samuel Langhorne Clemens, Twain was also a journalist, an inventor, entrepreneur and a riverboat pilot.

Twain lived through the Civil War. As a child, he didn’t have the notion that slavery was wrong, no one told him; the newspapers didn’t talk about it and the church said it was a holy thing.

Later, he wrote Adventures of Huckleberry Finn, where he tells the story of two outcasts: Huck Finn – an orphan, and Jim – a runaway slave. Together, they find freedom and adventure, but at the price of being isolated.

Called “the father of American literature” by many, Mark Twain was a prolific writer who wrote 28 books, and a vast number of essays, stories and lectures. 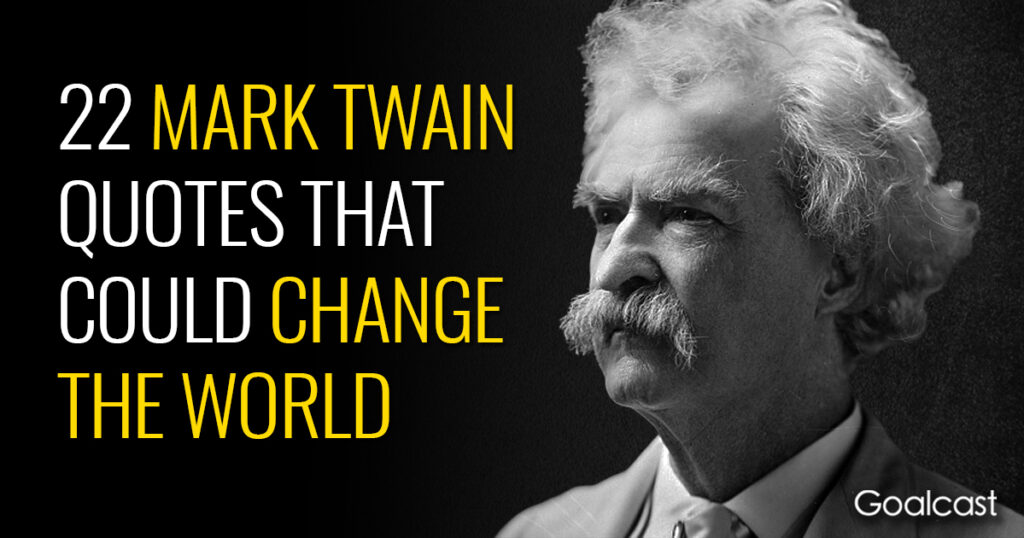 Here are 22 Mark Twain quotes to help you become the best version of yourself:

If you tell the truth, you don’t have to remember anything.

Whenever you find yourself on the side of the majority, it is time to reform (or pause and reflect).

The fear of death follows from the fear of life. A man who lives fully is prepared to die at any time.

A lie can travel half way around the world while the truth is putting on its shoes.

Keep away from people who try to belittle your ambitions. Small people always do that, but the really great make you feel that you, too, can become great. 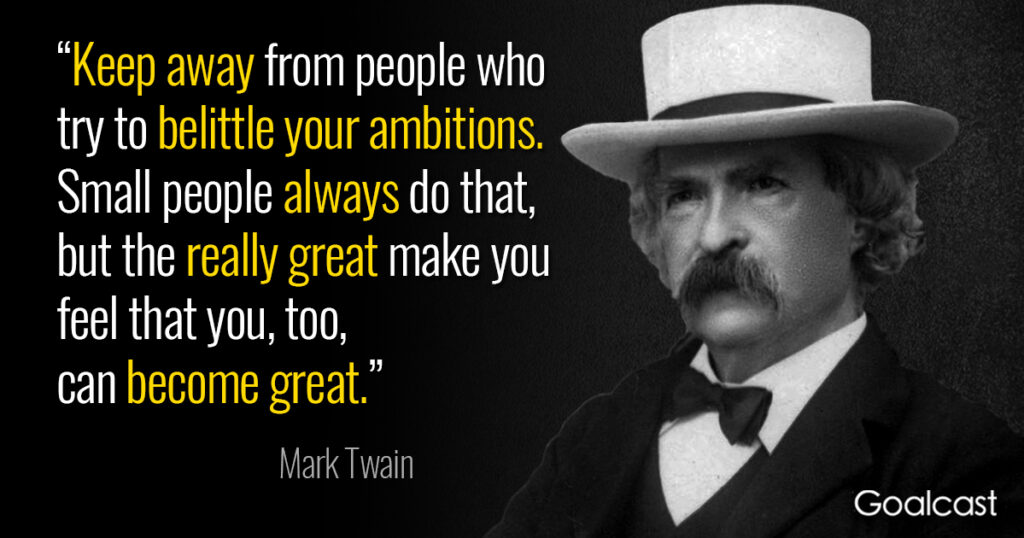 Never allow someone to be your priority while allowing yourself to be their option.

Truth is stranger than fiction, but it is because fiction is obliged to stick to possibilities; truth isn’t.

Wrinkles should merely indicate where the smiles have been.

Don’t part with your illusions. When they are gone you may still exist, but you have ceased to live.

Clothes make the man. Naked people have little or no influence on society.

If you pick up a starving dog and make him prosperous he will not bite you. This is the principal difference between a dog and man.

Always do what is right. It will gratify half of mankind and astound the other.

Courage is resistance to fear, mastery of fear — not absence of fear.

Everyone is a moon, and has a dark side which he never shows to anybody.

Kindness is a language which the deaf can hear and the blind can see.

A clear conscience is the sure sign of a bad memory.

The two most important days in your life are the day you are born and the day you find out why.

Never argue with stupid people, they will drag you down to their level and then beat you with experience.

Anger is an acid that can do more harm to the vessel in which it is stored than to anything on which it is poured. 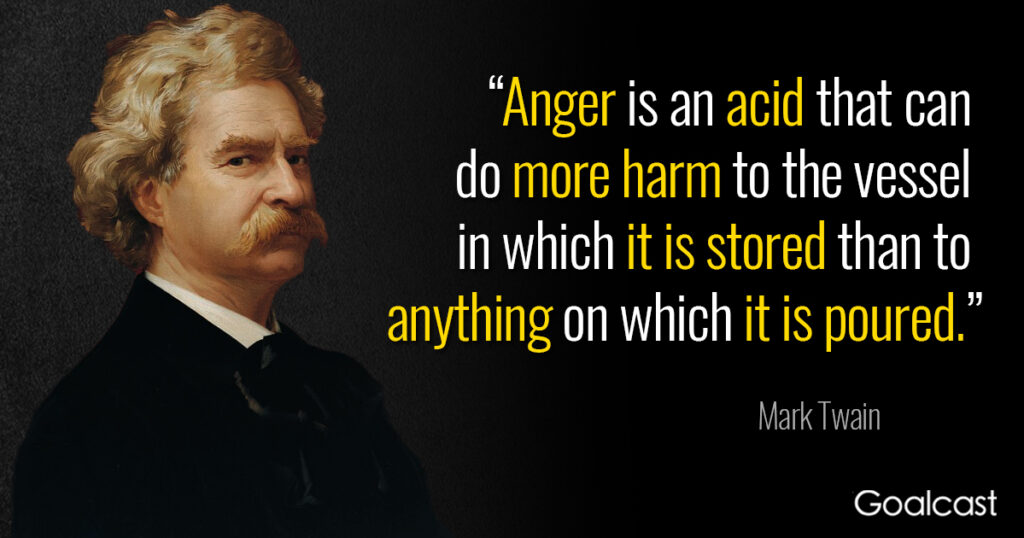