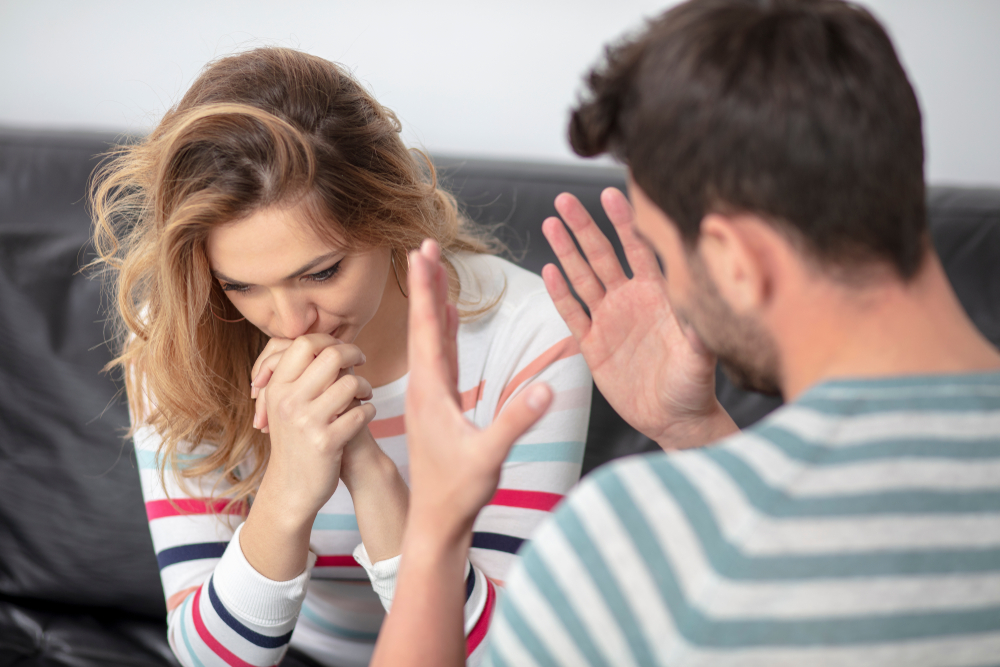 If you’re like most people, at some point in your life you’ve probably had the, ahem… pleasure of dealing with a crappy relationship.

Maybe you were cheated on, verbally abused, or just taken for granted. Whatever the case, it downright feels horrible.

But there are other more cunning, psychological challenges that you might have suffered through. Or, worse, that you’re suffering through now. One such experience is called gaslighting and it’s commonly wielded by narcissists as a means of deception.

Gaslighting is dangerous and can be very damaging. If you think your partner could be gaslighting you, it’s important to identify the truth of the situation and start seeing through their deception– sooner than later.

It is not okay for someone you like to treat you poorly and then pretend it didn’t happen, making you question your own grasp on reality.

The term gaslighting was first coined from the 1938 play, Gas Light, in which an abusive husband manipulates his wife into questioning her reality so thoroughly that he drives her to the edge of insanity. That play was then adapted into a film of the same name, Gaslight, starring Charles Boyer and Ingrid Bergman. And, most recently, it was chronicled perfectly in the best-seller-turned-film The Girl on the Train starring Emily Blunt and Justin Theroux.

But what exactly is gaslighting?

Have you ever lied about something (for whatever reason) and later found it difficult to remember what the truth really was? That you began to forget what was false and what was reality?

Gaslighting creates a similar effect but it involves your partner intentionally lying to you in order to gain control over the relationship. An example would be an abusive partner telling you that you’re stupid or have a horrible memory repeatedly to the point that you begin to question your own reality and believe what they’re saying.

But why on Earth would you believe whatever your partner tells you, even if you know it’s a lie? It turns out, there’s a strong psychological basis for it. A recent 2015 study published by the American Psychological Association (APA) went further and found that even when we have the correct knowledge, if the information is presented to us in a way that is most believable, we’re likely to ignore that knowledge in favor of the repeated information — even if the two pieces of information are contradictory. According to the study, “contrary to prior suppositions, illusory truth effects occurred even when participants knew better.”

In other words, even if you know you’re an amazing, award-winning artist with a promising career, if your verbally abusive partner continuously tells you that you’re a horrible artist and will never amount to anything in an attempt to degrade and control you, you’ll begin to believe it.

Gaslighting is real and potentially damaging and something that most people still aren’t aware of. This coupled with the difficulty to identify the situation is happening makes it even more dangerous. If you believe that your partner may be gaslighting you, it’s important to identify possible signs now so that you can take action and get out before it has an even stronger effect.

So, how do you know you’re being gaslighted? That’s the real question.

Over time, gaslighting from an abusive partner can lead you to question your reality, with you becoming more and more unsure about yourself and what is occurring around you and in your relationship.

However, regardless of how far it’s gone, there are signs (or combinations of signs) you can use to help identify potential gaslighting so you can put a stop to it for good:

The power is in your hands

It might be scary to think that you could be experiencing gaslighting either from an abusive partner or someone else in your life. However, remember one thing: the power is in your hands. If you’re reading this, you have access to the largest collection of knowledge and resources in the world at the click of a button. Information, groups, experts, and support are all at your fingertips.

You don’t have to be scared because you’re not alone. Gaslighting doesn’t pose any permanent psychological damage, so, by getting out now you can start the healing process and begin your new life– a life where you realize your worth, your strength, and your power. A power that is in you now and has been all along.