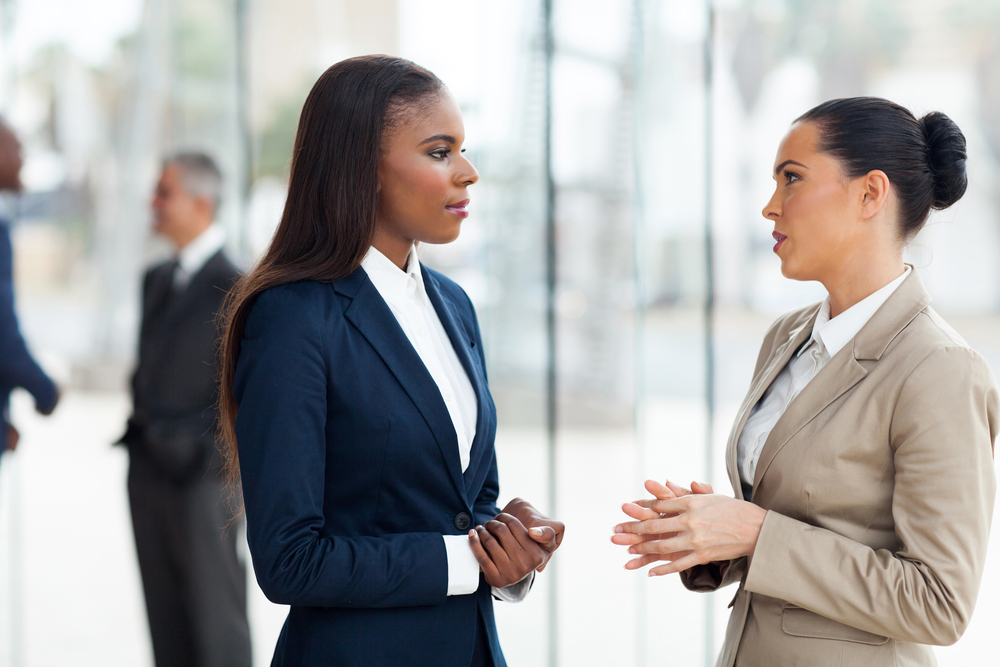 The workplace is easily one of, if not the, most difficult situations to have to deal with a toxic relationship.

Obviously, you don’t want to lose your job. So, punching your boss or coworker is probably out of the question (darn). However, you’re also probably not looking to be belittled in your place of employment and appreciate having a say in things– or at least not being verbally abused or mistreated– making this at times a seemingly impossible tightrope balance between going too far and not far enough.

Dealing with a toxic person is difficult no matter what the situation, but you have to approach things so much more carefully in a professional setting. So, here are three steps for helping you deal with a toxic boss or coworker.

You have to work at creating your own culture.

How far is too far? How far do they have to go before you say, “that’s it!” and pack up your bags and leave? Before doing anything else, you need to define where this breaking point is.

As we talked about a few moments ago, you don’t want to lose your job, otherwise, you wouldn’t be reading this. Otherwise, you’d just quit.

However, things have clearly gotten pretty bad. And they could get worse. Despite your best effort, things might still not work out. So, you need to know where that line is for you. How far is too far? How far does it have to go to become a real abuse of power (or position if it’s a coworker that believes they can get away with it)?

This step is critical because, if you don’t draw that line, you’re liable to continue taking crap and can either do something you’ll regret or wait too long and allow yourself to become something you’re not (a victim).

2. Be the example: open a new line of communication

Now that you’ve gotten really clear on where that line rests for you, it’s time to make your best effort to create new lines of communication in the office, either between you and your boss or the problem coworker.

A toxic work culture is often the result of bad communication, so if you can start listening closely to what’s going on between your coworkers and with your boss you might be able to heal that dilapidated communication structure.

Listen to everyone. Get a feel for how everyone feels and what they might be going through that they’re not letting on. Once you’ve gained a little information, offer a helping hand and see how they react. They’re not guaranteed to take your effort in a positive light, however, it’s the first step in your best chance to deal with the situation in the most beneficial way for you (and the company, which you can feel free to let them know).

Also, if the problem is a toxic coworker, if there was ever uncertainty about who the real problem was (you or them), this kind of effort will make it real clear where the issue rests, so if they don’t feel like taking a helping hand they might just get fired in the process anyway.

If you’ve gotten this far– awesome. It means, in all likelihood, that they really do want to work things out and have your best interest (or, at least, the company’s best interest) in mind.

So, once new lines of communication have been opened, you need to establish some sort of system that maintains this sound communication structure and properly manages future conflict when it arises.

This system will also create a culture of transparency between you and the other person, making it obvious who the problem is (whether they want to admit it or not), which as mentioned earlier has its own benefit in taking the blame off of you.

When conflict arises, especially if things get really heated, never attempt to resolve it through basic conversation. Use this exercise either between yourself and the other person or in a group setting with multiple people:

The cool thing about this method is, even if they don’t know what’s going on, you can execute the exercise without telling them anything. Complimenting them and expressing remorse before you ever speak about how you feel about what they did often completely disarms the other person and gets them to open up in a way that you probably haven’t seen before.

Of course, all this might go to crap and not work. That’s just how it is sometimes with a toxic person.

But if you drew your line in step one, you have a boundary created that can help guide your actions if you feel you ever get to the point where dealing with the toxicity has just become far too much to handle.