Home Self Physical Health Man Loses Over 150 Pounds Thanks to the Generosity of Strangers, Shows... 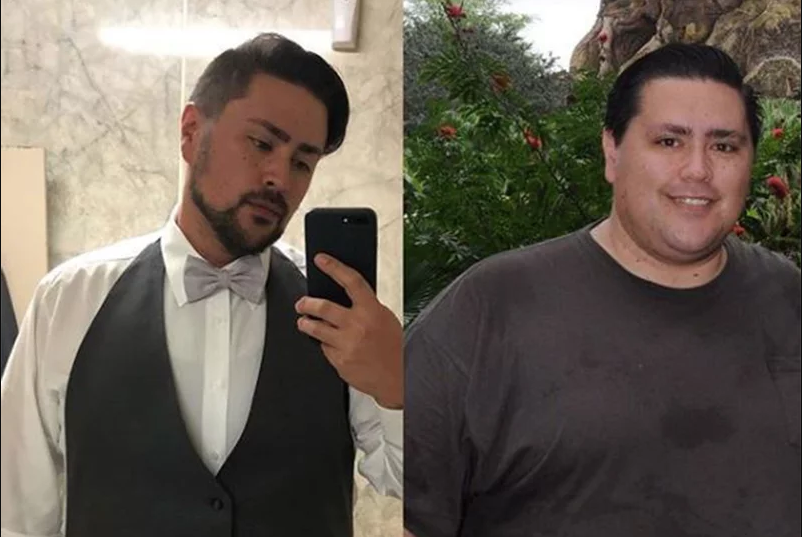 In 2016, Eric Gonzales weighed 431 pounds and was the heaviest he’d ever been. After he was diagnosed with type 2 diabetes and hypertension, his doctor recommended Gonzales either join weight loss classes or consider surgery, in an effort to get his health back on track.

Confronted with reality, Gonzales knew something had to give.

“That was when my stubbornness kicked in and I used it to my advantage,” he told PEOPLE. “I didn’t want to do any weight loss classes or surgeries. I decided if I did this to myself I was going to reverse it myself.”

A few days later, he joined Weight Watchers and embarked on a transformation journey that would test his willpower in ways he’d never been challenged before.

RELATED: Man Loses 240 Lbs by Being Brutally Honest with Himself, Inspires Us to Stop Making Excuses

Gonzales’ struggle with weight started in high school. The Los Alamitos, Calif. native spent years avoiding any type of exercise and relied almost entirely on fast food for his meals.

“I purposely didn’t own a scale the time because I was in denial about it all,” said the 34-year-old. “I didn’t want to face reality. I think I knew subconsciously that I didn’t like what I saw, but I just did everything I could to avoid it.”

But things were different now and Gonzales was determined to lose weight.

Equipped with the right mindset, things were going well for him. He was able to push through after his grandmother passed away and lost a total 110 pounds in 15 months.

But in July 2017, he hit a setback when his father was diagnosed with brain cancer after a CAT scan revealed a massive tumor.

Gonzales had just started a new job but immediately quit after learning about his 61-year-old dad’s diagnosis.

“I knew that there was no way I could sit there and train for this new job while he’s sitting in the hospital so I had to resign immediately. I knew it was a decision that I wouldn’t regret and that holds true today,” he said.

All of a sudden, Gonzales had no income and couldn’t afford his Weight Watchers membership anymore.

After sharing that he had to quit the program with other members online, a small group stepped in and refused to let him quit. These strangers, who Gonzales only knew online, pooled enough money together to cover the cost of his membership for six months.

“The fact that they would do something so kind, for someone that they had never met, blows my mind,” he said.

Thanks to their kindness and generosity, Gonzales was able to be by his father’s side every day. He passed away less than a month from his diagnosis and in their final days together, Gonzales promised his dad he’d continue living a happy and healthy life.

Not only did he want to do well by his father, but he also felt like he owed it to the Weight Watchers community that reached out to help him.

Since then, Gonzales has lost 152 pounds and overcome his hypertension and diabetes.

“My life has dramatically changed and it’s wonderful,” he said. “I had no self-pride and no self-worth two and a half years ago. That’s completely done a 180. I love my life; I’m happy and I’m healthy. I’m actually living now and I’m not just existing, and that’s a huge thing for me.”

What Are Interesting Questions to Ask a Guy?