Home Stories Inspiring Celebrities Man Hitchhikes for the First Time, Gets a Ride From Chris Hemsworth... 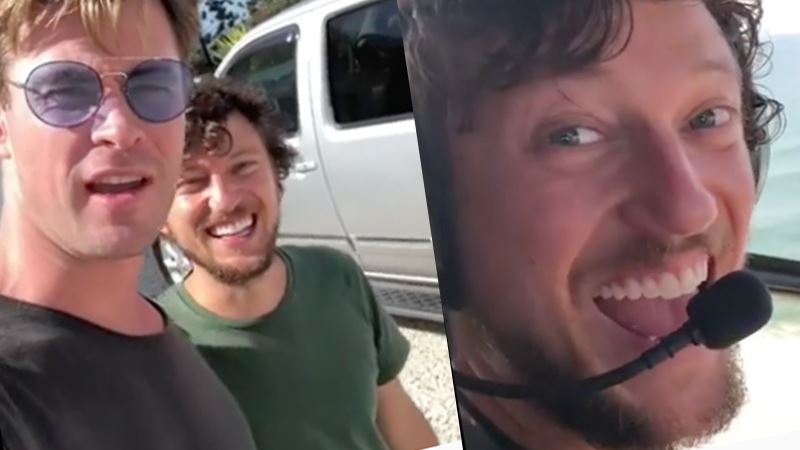 We’re warned that hitchhiking is a risky prospect: You never know who will pick you up on the side of that road. In some cases, that could be a very good thing! An American hitchhiking in Australian traffic early this week was taking a chance, for sure, but he hit the jackpot after sticking his thumb up and being picked up by a friendly black van.

Scott Hildebrand is a a musician who had just landed in Brisbane from Mexico, had been standing on the side of the road for 15 minutes when black van pulled over and invited him inside, offering him a ride.

“Chip in for the gas, all right? It’s four grand,” joked one of the passengers.

But things were about to turn in a major way, a good way! One of the van’s passengers was a giant movie star!

Picked up a hitchhiker, wasn’t a serial killer which we were stoked about and just happened to be a kick ass musician Scott Hildebrand @scotthilde 🤙👍#WelcomeToAustralia @australia @zocobodypro

“All of a sudden we pull up to the helipad. They’re like, ‘Ever flown in a helicopter Scotty?’ and I couldn’t believe it, and that’s when I was like, ‘Who are you guys?’” Hildebrand told an Australian radio show.

One of the passengers was Chris Hemsworth, who had just finished up filming a Men in Black II remake.  Hemsworth and his van drove Hildebrand to a helicopter for a speedy airlift to Byron.

“It was beautiful. We saw whales and dolphins. It was magical,” Hildebrand said.

While we can’t help but be a bit jealous of this series of events, it does show that there’s a lot of beautiful people in the world, and being famous doesn’t stop someone from taking the time to make a difference in someone’s day (and life!) they will never forget.