Virtual reality’s reputation has completely matured in the past five years, from a simple Oculus Rift-style gaming peripheral into a full blown technology capable of helping humans do everything from rehabilitating stroke victims to controlling robots on Mars. 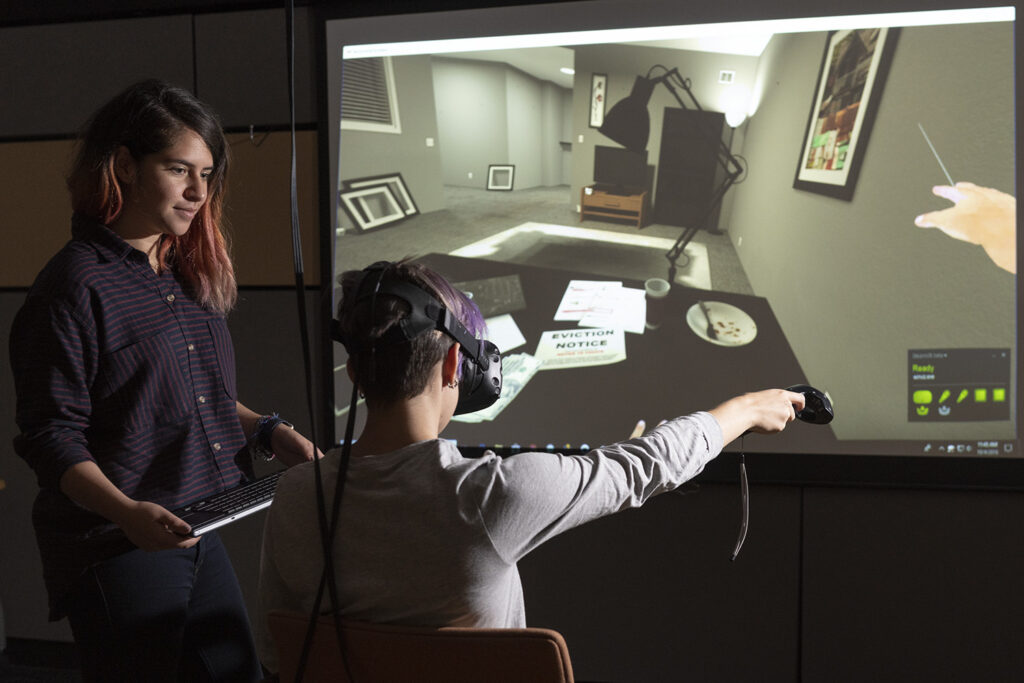 Of course, key to virtual reality’s usefulness is its capacity to affect our perceptions and, sometimes, our depths of feeling.

A team of Stanford researchers has tapped into this phenomenon to create an experiment that can change people’s levels of empathy. Called “Becoming Homeless”, it allows users to see in VR what it would be like to lose their jobs and homes. And compared to other presentations of the same scenario, such as text, those who saw their lives fall apart in the digital world a developed longer-lasting compassion towards homeless people.

Virtual reality enthusiasts have for a long time been talking up the technology’s capacity to help people relate to one another, but up until now there has been precious little research into the idea. Past studies have shown mixed results, but all have been short-term efforts that didn’t extend beyond one week.

RELATED: Hero of the Week: How One Woman Is Changing the Lives of People Experiencing Homelessness

For the Stanford experiment, lead author Fernanda Herrera — a graduate student in the university’s Department of Communication — along with Stanford psychology scholar Jamil Zaki, professor of communication Jeremy Bailenson and psychology graduate student Erika Weisz (another researcher, Elise Ogle, was a co-author on the paper), conducted two two-month-long studies of more than 560 subjects. All the participants were aged between 15 and 88 and represented at least eight ethnic backgrounds.

At the heart of the research was a seven-minute VR experience called “Becoming Homeless”, in which a narrator guides participants through several interactive VR scenarios that would happen if they lost their jobs (selecting items to sell in your virtual apartment so you can afford rent, say, or taking shelter on a public bus while protecting your belongings from being stolen).

Not all participants were shown “Becoming Homeless”, but those who did were more likely to have enduring positive attitudes towards homeless people and support initiatives such as affordable housing. In the first study, 82 percent of participants who experienced VR signed a petition supporting affordable housing compared to 67 percent of the people who simply read a narrative. In the second study, it was 85 percent versus 63 percent — interestingly, though, this study included the two-dimensional version of “Becoming Homeless”, which returned only a 66 percent sign-up rate on the petition.

One of the most interesting social phenomenons underlined by the study is how empathy is a learned behaviour — we’re not born with or without it. And that’s important, because it’s a critical part of meaningful inter-personal communication.

“Experiences are what define us as humans, so it’s not surprising that an intense experience in VR is more impactful than imagining something,” Bailenson said in a news release.

“We tend to think of empathy as something you either have or don’t have,” added Zaki. “But lots of studies have demonstrated that empathy isn’t just a trait. It’s something you can work on and turn up or down in different situations.”

This was underlined by some of the personal responses researchers received from study participants.

“Long after our studies were complete, some research participants emailed me to reflect on how they started becoming more involved in the issue afterward. One of them befriended a homeless person in their community and wrote me again once that person found a home,” Herrera said. “It was really inspiring to see that positive, lasting impact.”

70 Years Ago, She Was Kicked Out For Loving A Black Man–Today, They Are Still Together

Michael Jordan’s Most Powerful Life Lessons For When You Feel Like...