Unbeknownst to the rest of the world, in a quiet bar in early 2016 two people would meet whose relationship would soon turn the world ablaze.

“We were introduced actually by a mutual friend,” Prince Harry said in a 2017 interview the pair did with the BBC.

Meghan Markle, having grown up in the U.S., didn’t know much about Harry or the royal family before their date. “Because I’m from the States, you don’t grow up with the same understanding of the royal family,” said Markle. “I didn’t know much about him, so the only thing that I had asked [our mutual friend] when she said that she wanted to set us up, was, ‘Well is he nice?’ Cause if he wasn’t kind, it just didn’t seem like it would make sense.”

However, despite coming from two different worlds, a spark was ignited between the two immediately.

“We met for a drink and then I think very quickly into that we said, ‘Well what are we doing tomorrow? We should meet again.'” said Markle.

Why Meghan Markle and Prince Harry are a true power couple 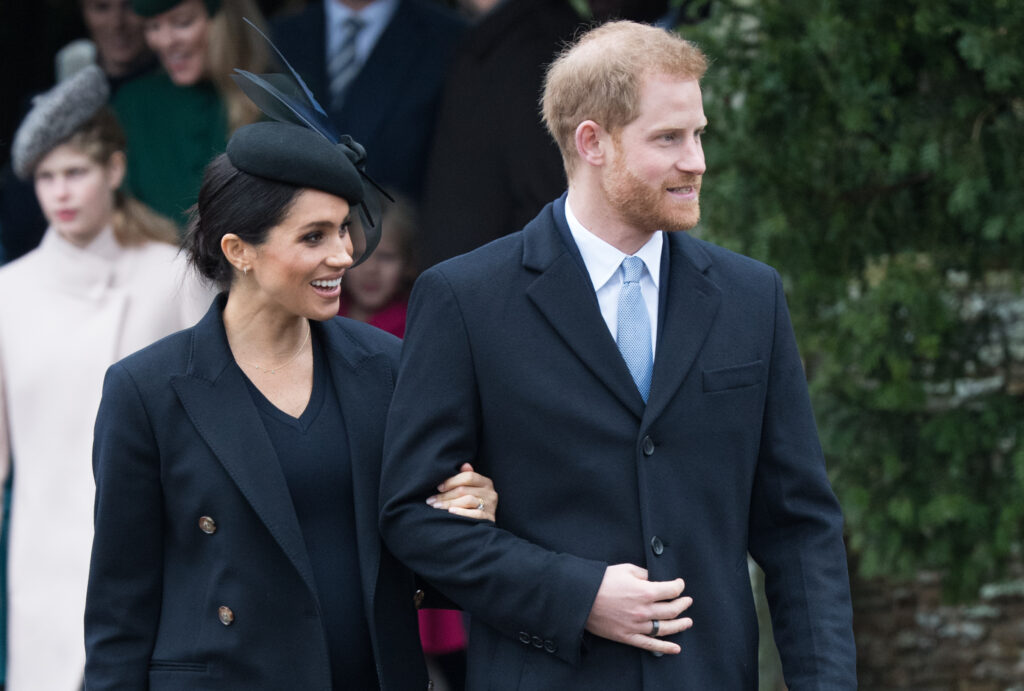 After nearly six months of dating in near-privacy, news finally broke that Prince Harry was dating Meghan Markle, an American actress, in October of 2016.

“[He’s] happier than he’s been for many years,” a source told the Sunday Express.

One month later, all eyes were on Meghan as she and Harry visited his father, Prince Charles.

“So, my cup runneth over and I’m the luckiest girl in the world!” she said around the same time in an interview with the Vancouver Sun while discussing her collaboration with retailer Reitmans.

But while their romance was blooming, not everyone was positive about the pairing. Prince Harry worked extensively to cull the wave of criticism fired at Meghan, with everything from her being an actress, American, a divorcee, and even half-black being topics of ridicule among tabloids and other outlets.

However, as difficult as the attacks were for the two to come to terms with, Meghan wasn’t a stranger to the paparazzi or dealing with invasive tabloid stories, so she not only dealt with the criticism gracefully but, reportedly, charmed the royal family with her poise.

In fact, according to Us Weekly, even the Queen took a liking to Markle right away, reporting that the Queen was glad to see Harry in a loving relationship.

“It’s incredible to be able to meet her through his lens, not just with his honor and respect for her as the monarch, but the love that he has for her as his grandmother. She’s an incredible woman,” said Markle on meeting the Queen.

According to a Daily Mail interview with Meghan’s half-brother Thomas Markle Jr., they also received support from Meghan’s mother and father, with Thomas saying their father was, “pretty happy about Harry and he’s extremely proud of her,” with Meghan’s mother Doria Ragland even coming to visit the couple during the 2017 Invictus Games.

Despite having to maintain a long-distance relationship, with Markle in Toronto, Canada much of the time shooting for the USA Network series Suits and Prince Harry in the U.K., they always managed to make time for one another, being spotted at West London’s Soho House, Harry visiting Meghan in Toronto, and the pair taking a trip together to Jamaica to attend the wedding of Prince Harry’s longtime friend Skippy.

Speaking on the difficulty of managing the spotlight always on her and Harry’s relationship, Markle told Vanity Fair, “We’re a couple. We’re in love. I’m sure there will be a time when we will have to come forward and present ourselves and have stories to tell, but I hope what people will understand is that this is our time.”

And after months tabloid speculation, it was finally confirmed in November of 2017 that the two were officially engaged. The couple marked the occasion with their first official interview with the BBC.

Six months later, in May of 2018 Meghan Markle and Prince Harry were married at Windsor Castle among the likes of Oprah, the Beckhams, Sir Elton John, George and Amal Clooney, and the royal family. 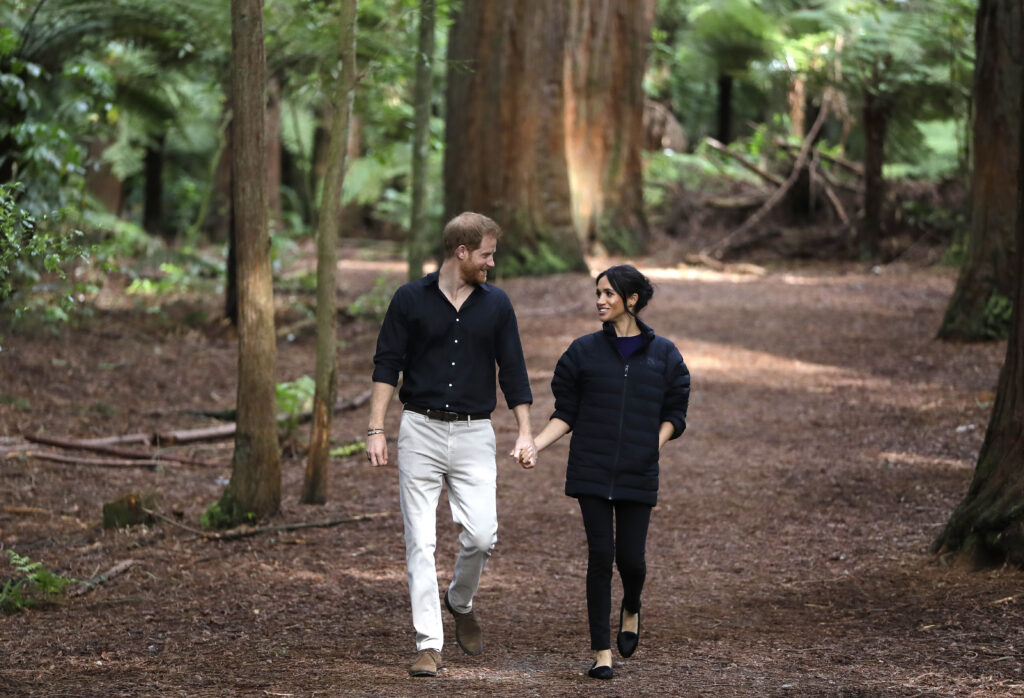 At first glance, the unlikely story of Prince Harry and Meghan Markle’s fated romance may seem like something out of a story book.

However, when you dig deeper it becomes clear that it’s been anything but the perfect fairy tale for reasons outside their control.

In an official statement released November of 2016, Prince Harry announced his relationship with Markle and requested press and those on social media to cease the “wave of abuse and harassment” that was being pointed at Markle due to her involvement with Harry.

Harry had even been tied up in several legal battles trying to stop media outlets from publishing defamatory stories about Meghan and their relationship at the time, Harry wishing to stop the unfair criticism being launched at Markle.

“I think both of us were totally surprised by the reaction,” Harry told the BBC regarding the media reaction to their relationship.

“I think we were just hit so hard at the beginning with a lot of mistruths that I made the choice to not read anything, positive or negative. It just didn’t make sense and instead we focused all of our energies just on nurturing our relationship,” Markle said.

Despite the incredible level of criticism directed at them, Meghan and Harry have stood by one another and have had full support from the royal family, Harry’s father Prince Charles and the Queen herself included, all the while.

And on October 15th of 2018, Kensington Palace released an official statement that the new Duke and Duchess of Sussex would be expecting their first child, capping off a whirlwind romance, and announcing their first royal tour around the world. 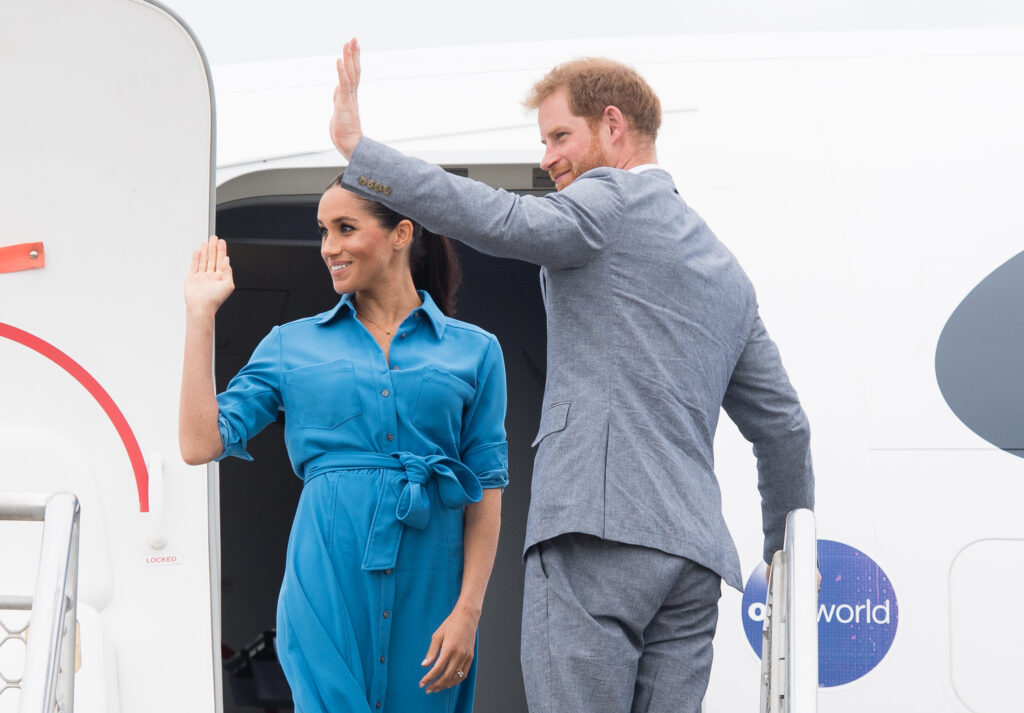 Despite what others thought of Prince Harry’s choice of dating an American actress or divorcee or of Markle herself, they supported one another and had the support of Harry’s family throughout it all.

It was the power of love for one another and the love of those around them that allowed them to weather a storm of unimaginable ridicule and harassment to create something amazing.

Perhaps the reason we’re so fascinated with Prince Harry and Meghan Markle’s romance then isn’t just because of who they are but also because their dedication to one another proves that love truly does win over all.

I know that at the end of the day, she chooses me. I choose her. Whatever we have to tackle will be us together as a team.