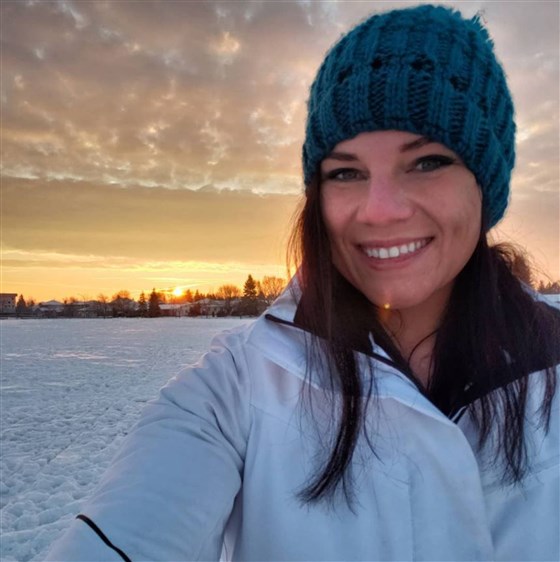 Amanda Tysowski spent years in denial about her weight and it wasn’t until after the birth of her second child that she became inspired to make a lasting change.

Tysowski’s unhealthy relationship with food began to unravel in 2009, after she bought her first home. Shortly after that, she was involved in a car accident.

Tysowski couldn’t work during her recovery and as financial pressures started to rise, so did her stress levels and she turned to junk food to take some of the edge off.

“I fell into a slump,” she told TODAY, via email. “During a doctor’s appointment … I had weighed 270 pounds. The doctor lectured me on ‘morbid obesity’ but I was in denial.”

Tysowski was always heavier than her friends, but wasn’t ever too concerned because they told her she pulled it off. She never exercised or paid attention to what she ate and by the time she got married in 2011, Tysowski weighed 330 pounds.

“My body was miserable. I was in pain every day,” said the 31-year-old from Winnipeg, Canada. “As my daughter became more active, I really thought that this was the time I needed to do something about it.”

Feeling like she’d reached a breaking point, she went to a weight loss clinic where they recommended she try a meal plan and supplements. She followed their advice and within a year lost over 100 pounds, but it wasn’t long before Tysowski got pregnant again and began experiencing terrible morning sickness. The only thing that made her feel better was eating.

“I told myself it would be OK, that I could just deal with this first trimester and get right back to it,” she said. “I gained 90 pounds in those nine months, though I didn’t see it.”

After her son was born in 2016, Tysowski felt confident that she could go back to what she’d been doing to lose the pregnancy weight she’d gained, but nothing changed.

“I tried for six months and the scale did not budge,” she said.

She felt discouraged but wasn’t ready to throw in the towel yet. Tysowski started to gather inspiration by following women who shared their weight-loss transformations on Instagram. This motivated her to start paying attention to food labels and educate herself about healthy eating.

During her research, she discovered the ketogenic diet and in 2017, Tysowski decided to give it a try.

She chose to combine her new low-carb diet with intermittent fasting and quickly realized she never really understood, until then, what it meant to eat healthfully.

“I had not learned anything about food or how to plan meals for myself,” she said.

Not long after, Tysowski realized she’d found the winning formula for her success and was able to lose 100 pounds. Feeling empowered by her results, she began exercising regularly.

“I thought exercising was for weight loss, but I have found that it is like therapy. I feel better mentally,” she explained.

Now, the mom of two walks daily and lifts weights twice a week.

She’s lost 205 and is feeling happier and healthier than ever.

For Tysowski, learning to deal with negative emotions, after spending years turning to food for comfort, has been the most challenging part of her journey, but also the most rewarding.

“Weight loss has been much more mental than physical,” she said. “I am stronger than I have ever given myself credit for.”

Student Raises $28,600 For Homeless Man Who Offered To Pay Her Taxi Home