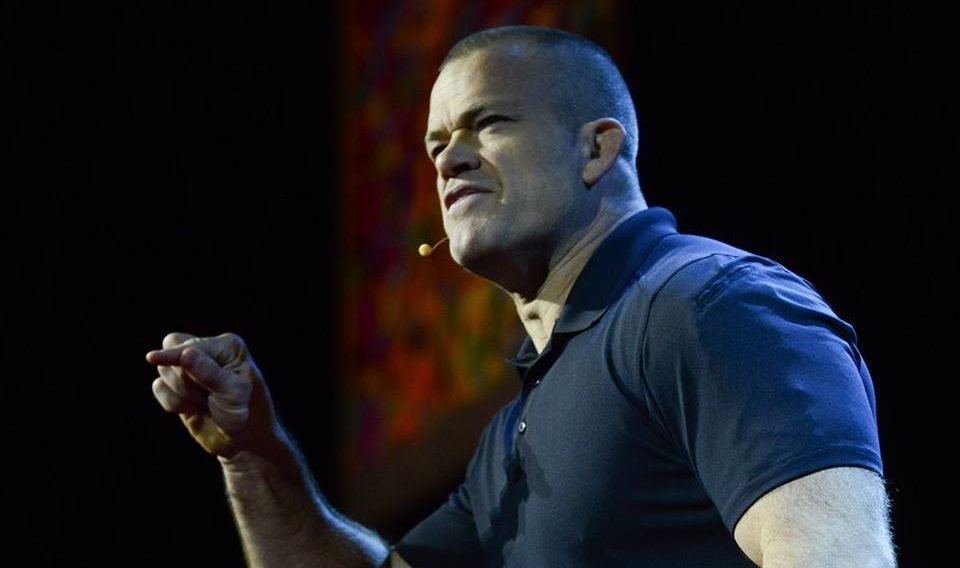 As the leader of SEAL Team Three’s Task Unit Bruiser (which included Chris Kyle, who was played by Bradley Cooper in American Sniper) during the Battle of Ramadi and having served two decades in the armed forces, Ex-Navy SEAL Jocko Willink knows a thing or two about navigating obstacles and getting serious about life.

But perhaps the most remarkable part about this Silver and Bronze Star recipient’s resume isn’t what he did on the battlefield, it’s that even after retiring from the military in 2010 he continued moving forward relentlessly to teach everything he learned over his two decades of service.

I consume a lot of information, whether from books or podcasts or articles. There’s not a lot anymore that surprises me. But every time I hear Willink speak, I’m blown away at how quickly he strikes through to the heart of things and offers simple, powerful wisdom about cutting the crap and getting serious about whatever it is you want to do with your life.

There is one thing that gets you out of bed in the morning, and that is discipline. Because your dreams and your goals are not there waking up for you in the morning.

If you’ve been lacking focus recently and are disappointed about not following through on your dream or simply haven’t performed at the level that you know can perform at, these tips from Willink are sure to shake you from your stupor and get you back on track.

We tend to associate freedom with doing whatever we want. However, Willink argues that freedom is found in what we don’t do rather than what we do.

As an example, Willink gives both rising early and dieting. By rising earlier, you have the opportunity to both get some extra work done or be productive towards a fitness or other goal and better prepare you for the day ahead. By taking away the pleasure of sleeping in now you open yourself up to realize the greater freedom that more productivity affords you in the future.

Likewise, you might want to eat that cheeseburger. However, by resisting now you don’t get hit with the lethargy when you consume heavy foods and the damage food like that does to your body, your energy, and your productivity long-term.

Discipline is often the best investment you can make into your life. By sacrificing now you can gain a currency later (freedom) which can be cashed in for much more than what you gave up at the moment you were disciplined.

2. The ego is the most disruptive of forces

If you’re willing to get serious about your life for a moment, you’d have to admit that much of what holds us back is our unwillingness to put the ego on the chopping block in exchange for progress.

This includes asking that person out on a date for fear of rejection, making that big presentation for fear of someone else getting the big promotion over us, and really just trying at anything for fear of having to admit to ourselves that we’re just not good enough yet to succeed (at least at that moment).

3. It’s not what you preach, it’s what you tolerate

While instructing recruits during Navy SEALs BUDS training, Willink and other instructors pitted six teams against one another in a boating race. After Team A repeatedly placed first and Team F placed last every race, they decided to change things up and had the group leader in Team A and Team F switch.

What did they find? After switching group leaders, Team F won the next race and each one thereafter.

The group leader in Team A and then Team F’s boat wouldn’t tolerate anything but victory from his team and that resulted in his expectations and the standard with which he held himself at being set higher than everyone else.

It’s not what you preach, it’s what you tolerate. Many of us could do better at everything we do but we tolerate our own second-rate effort while preaching excuses such as “I could have done better,” or “X messed me up.”

What could you do if you immediately began demanding the best from yourself in everything you did? That’s a question many of us are afraid to answer because it reminds us that we’re not fulfilling our potential in the present. But it takes the willingness to admit to yourself that you’re not being your best self now to realize that person in the future.