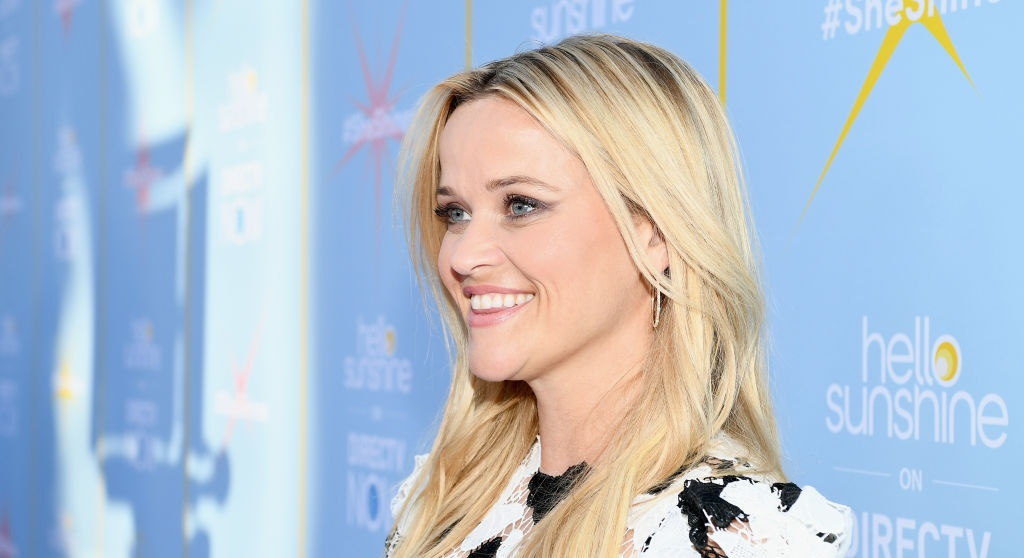 Through her multi-decade tenure in Hollywood, she’s received plenty of accolades — from Oscars to Emmys. Not to mention she’s earned a spot on the list of top-paid actresses of the 2000s, and as one of the most influential people in the world. She’s often praised for captivating audiences with her ability to portray a wide variety of characters — from Elle Woods and June Carter to Cheryl Strayed.

Recently, she’s taken on the role of producer, including megahits Gone Girl and Big Little Lies. When she isn’t on screen, she’s running her clothing line, Draper James, inspired by her Southern Louisiana roots. With an estimated net worth of $150 million, this 43-year-old powerhouse isn’t slowing down anytime soon.

Here, a few of Witherspoon’s habits that you may adapt into your lifestyle:

She solves problems with action

At an event in Los Angeles a few years ago, Witherspoon discussed her own experience with sexual assault and harrassment, hoping to inspire others to join in the #metoo movement.

To Witherspoon, it isn’t just about using her voice after a long period of silence but more so, it speaks to her belief that solving problems require action. This means every big — and little — decision that we give our energy, time, and hard-earned dollars to.

“You can effect change by where you spend your money. We all need to be more aware of the companies we work at and the companies that we do business with, because the consumer is very powerful in this world of social media. Some companies are doing incredibly well with inclusion and diversity—those industries thrive, and abuse goes down when you have more balance at the top,” she told Marie Claire.

In fact, this attitude is partly why she decided to look into producing: she was determined to put women at the center of the story.

“I was sick of making movies where I was the only female lead on the set. I was sick of seeing scripts where there was one female role, badly written, and yet every actress in town wanted the part because there was nothing else,” she revealed in an interview with Vogue.

She leans into fear

Here’s the deal: even those people who seemingly have everything together — the career, the relationship, the health, the friendships — everyone is afraid of something. This is true for even the most confident and successful of celebrities, like Witherspoon.

Instead of letting those anxieties hold her back, she takes a deep breath and digs in.

I see [fear] as this little creature that lives in my life all the time, and I can either pay it attention and not get anything done or I can march ahead and ignore it.

“Sometimes that’s not a good thing, and sometimes it is, but sometimes I just have to jump two feet into a cold pool and go, OK, I believe in myself enough. I know I work hard. I know I can always bet on myself.”

She acknowledges her weaknesses, and isn’t afraid to call them out

Though it may come as a surprise, given her seemingly rosy personality — Witherspoon told Inc she’s a big believer in honesty over, well, bullshit.

In fact, she adapts this mantra toward her children and her parenting methods. When her daughter Ava was in the third grade, she was upset to be the only one on her junior varsity basketball team who didn’t score.

Instead of telling her she’d get better, she said: “Aves, maybe you’re bad at basketball.” When her daughter called her mean, she quipped with: “Mean or true? ‘Cause guess what? Your mom’s bad at basketball, too.”

For Witherspoon — and many of leading executives and superstars — recognizing weaknesses and not being afraid to focus on strengths is what allows them to always move forward into better, more fitting opportunities.

She sees the glass as half-full

You know how the saying goes: the glass is nearly full or mostly gone. It’s full of stale coffee or champagne. It’s all your perspective — and having a positive one will surely get you further than a negative mindset.

At least, that’s what Witherspoon believes, since she proudly called herself a “glass-half-full” person in an essay she wrote for Glamour magazine. She’s not wrong either, since when she started in the industry, she noticed a lack of women in every aspect of Hollywood productions. Fifteen years later, she says she’s never been on the job with so many women, ever.

“On Home Again I was lucky enough to work with Nancy Meyers — one of the most successful female writers, directors, and producers of our time, who has made some of my favorite movies, from The Intern to Something’s Gotta Give to Father of the Bride — and her daughter, Hallie Meyers-Shyer, the 30-year-old first-time filmmaker who wrote and directed the movie.

I really related to the character Hallie created, a separated mother of two kids who is struggling with a central question (which is one my friends and I talk about all the time): Is this the life you’re supposed to be living? It was amazing to watch a mother-daughter creative team be in charge of every department, keeping all the trains running on time.”

The second film is A Wrinkle in Time, which was written by Jennifer Lee, who wrote Frozen, and directed by Ava DuVernay, who directed the award-winning films Selma and 13th.”

She’s ambitious to the Nth degree

No matter how many shades of gold you see the world shining in, how much you believe in the goodness of the universe, or how educated you are, there’s one ingredient that matters more than all the rest: hustle.

In fact, when it comes to motivation, Witherspoon has plenty of it, all sourced by her bad self. During her Glamour Women of the Year speech, she urged audience members to ask themselves:

“What do we do now? What is it in life that you think you can’t accomplish? Or, what is it that people have said that you cannot do? And most importantly: Wouldn’t it feel really good to prove them all wrong? I believe ambition is not a dirty word. It’s just believing in yourself and your abilities. Imagine this: What would happen if we were all brave enough to be a little bit more ambitious? I think the world would change.”

The Truth Behind Snoop Dogg and David Beckham’s Unlikely Friendship