Home Success Entrepreneurs He Was Left in a Dumpster as a Baby– Today, He Runs... 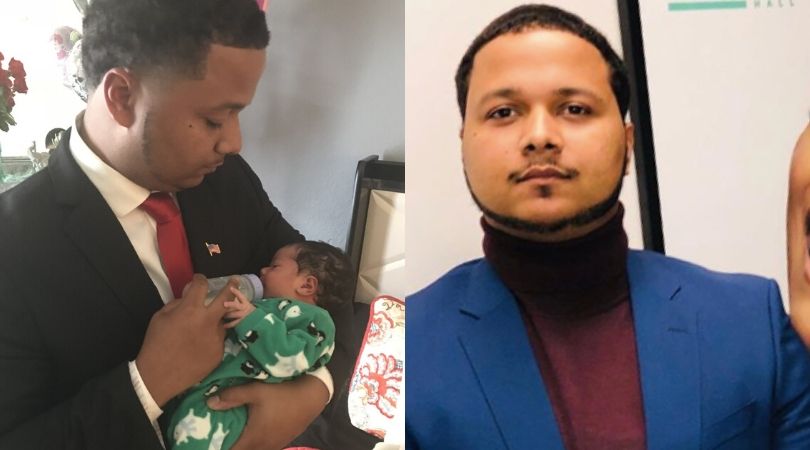 We sometimes like to our lack of certain opportunities or advantages growing up for the fact that we have not reached our full potential in life. But the reality is, any person from any beginning is capable of greatness.

Freddie Figgers’ story is proof of that. In 1989, he was abandoned in a Florida dumpster, just hours after he was born. He was eventually discovered by a random passerby who called the police, and was then taken to the hospital. He was eventually placed in the foster care system.

Sounds like a terrible beginning with all odds stacked against him, right? Well, yes. But that’s not how the rest of his story would go.

Everyone in town knew he was the “dumpster baby”

Freddie was eventually adopted by the Figgers family, but the tragic story of his birth followed him throughout his childhood.

“It’s a rural area, so after it happened, everybody heard about it,” said Figgers, now 30, in an interview with the Washington Post.

My parents told me the truth about what happened as I grew older. I thought about it a lot as a kid, and I’d have to say it was embarrassing when I was younger.

However, Figgers still had a good childhood. When he was 9, his father bought him a used computer at a thrift store. It was the right move.

“He thought that a computer might help to keep me out of trouble,” said Figgers, who would take that computer apart and put it back together several times, learning how the machine worked.

“I still have it,” Figgers said of that first computer. “It’s what sparked my interest in technology.”

He turned his gift into a successful career

By the time he was 13, he got a job repairing computers and when he was 15, he started his own computer repair company.

“I wouldn’t recommend my path to everyone,” said Figgers. “But it worked for me. When I was 17, I had 150 clients that needed websites and storage for their files. I just kept building from there.”

By his early twenties, he sold a GPS tracker program he had built himself for millions. It was a tracker he had initially conceived to help his dad, who was suffering from Alzheimer’s.

“I created a device that I could insert in his shoe that would allow me to track him, plus talk to him through his shoe,” said Figgers.

“It was difficult to watch him decline — it’s something you never forget,” said Freddie Figgers. “I’ve always been so grateful to him and my mom. They taught me not to let my circumstances define who I was.”

Freddie now works to help and inspire others

Figgers is now 30 and is the founder of Figgers Wireless, which is worth over $60 million. He also runs the Figgers Foundation, which donates to all sorts of charitable causes.

The best thing any human being can do is influence another one.

And sure enough, his story is a source of inspiration to us all.

Freddie did not allow the unfortunate circumstances of his birth to define the rest of his life. Instead, he decided to focus on his talents and take charge of his own narrative. By paying more attention to our existing strengths, we have control over what our future can look like.