Home Stories She Lost Her Memory – 15 Years Later, She Remembers Her Long-Lost... 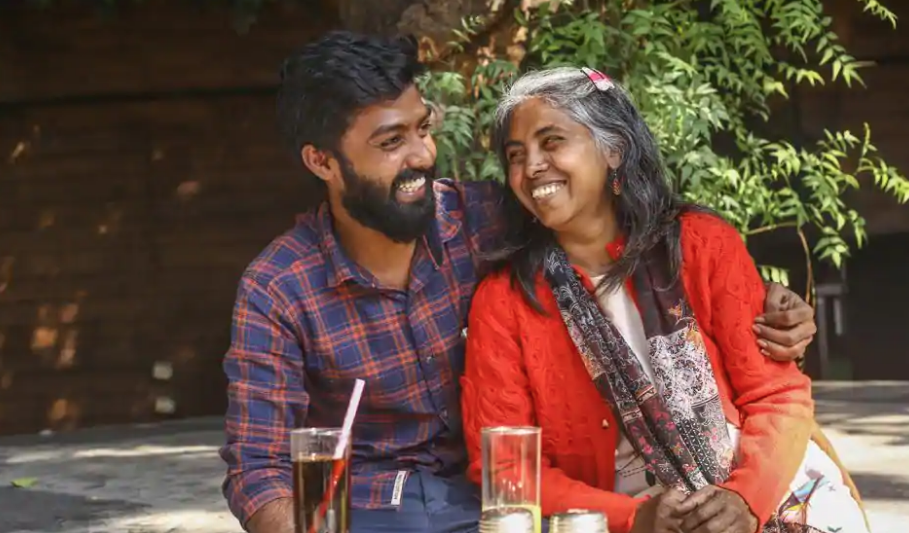 Heartwarming stories like the one portrayed in the Oscar-winning film Lion aren’t just reserved for Hollywood movies.

Rama Devi Chowdhary experienced her own storybook reunion story in India when she reunited with her son after 15 years apart.

She struggled with mental illness

Soon, she worked her way up to a job at India’s Supreme Court, but when a judge learned she had symptoms of schizophrenia, police removed her from her job. Chowdhary was sent to a medical research facility where she was treated for nine months.

A long road to recovery

Chowdhary spent the next two years in a government shelter before joining a home for disenfranchised women run by a non-governmental organization called Rahab Center For Hope. While there, she thrived.

“She would keep herself busy reading and writing,” said Eunice Stephen, the NGO’s founder. “There was tremendous improvement in her condition.”

As Chowdhary improved, she couldn’t help but think of the son she left in Kolkata. The only problem was, she didn’t know how to find him. In fact, she didn’t even remember his name.

Then, one day, it hit her all of a sudden. She was flooded with memories and remembered her son’s name: Mitrajit.

So Chowdhary and Stephen worked together to locate him. One idea was to look for him on Facebook, but Mitrajit Chowdhary is a popular name in India and a bunch of profiles showed up. They messaged all the profiles anyway.

“Hello, do you have a relative called Rama Devi Chowdhary? We have some information about her,” the message said.

“I stared at the screen for the initial few seconds… it was finally happening…my mother had finally reached out, as I always believed she would one day… Without wasting time, I typed ‘yes.’”

After chatting via Messenger and video call, Mitrajit – who is now a 22-year-old HR executive living in Visakhapatnam – went to Delhi to meet his mom.

“As I had a closer look, I saw the same childhood face…the only difference is that a beard covers it now,” Chowdhary said.

Mitrajit said the meeting was something he’d always dreamed of. “I was a kid when she left… it was a lot to deal with. All my dad had been able to tell me was that she had gone for her career and that she might return one day.”

“I had no idea what happened to my mother. There was no source to trace her. I would sit by the beach and think about her..about not having a complete family…but something in me always told me that this will change…she will return one day.”

Now that they’re together, Chowdhary has quickly jumped into her role as a mom.

“She is already acting like a typical mum, stuffing me with food all the time,” Mitrajit said.

Patience will take you far

Stories like this might be rare, but they’re reminders that whatever the situation – whether it’s figuring out what to do in your career or reuniting with a loved one – sometimes things work out just fine with a little faith.

When Chowdhary took to Facebook to find her son, she knew it was a long shot. But she was determined to get back into contact with him. If you’re ever faced with a situation that seems insurmountable, just focus on taking the next step and seeing where it takes you next.

Daniel Craig Was Dad-Shamed For Doing This – And We Need...