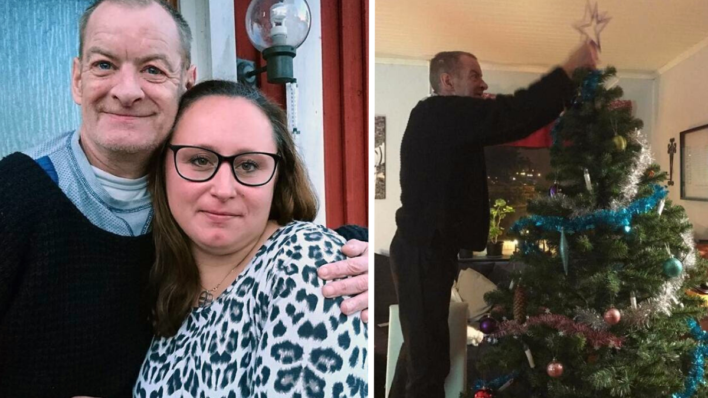 Two sisters performed an amazing act of kindness for a man they just met while on vacation in Scotland.
By Amber Dowling    December 15, 2021

Two sisters performed an amazing act of kindness for a man they just met while on vacation in Scotland.

No one should have to be alone at Christmas. Annis Lindkvist and her sister, Emma, made sure of that a few years back when they decided to fly a man they had just met home with them to celebrate the holidays in Sweden.

The sisters were visiting Scotland back in 2016 when they stopped and asked a man begging for money for directions. According to the BBC, the then 54-year-old Jimmy Fraser had moved to Edinburgh 13 years prior to meeting the sisters, after a divorce left him homeless. He and the sisters struck up a friendship and exchanged numbers before the duo flew home to Sagmyra.

The trio kept in touch, and when the sisters learned that Fraser would be spending the holidays by himself, they offered to renew his passport and fly him to Sweden so that he would have a family to celebrate with.

“It’s weird, I know. I was begging on George Street and these two women came up to me and the next thing I knew I was in Sweden,” Fraser told BBC. “People promise you things all the time on the street but they never materialize and friends said I shouldn’t go in case I was hung, drawn, and quartered when I got there. But I thought I’m going to go for it as it’s once-in-a-lifetime.”

Part of the family

Fraser, a former security guard and a father-of-two, told the publication that he was nervous no one would be there at the airport to pick him up. But when he got there, he said it was a beautiful experience and that Annis’ family was tremendous. During his visit he met the family’s friends, he went to a hockey game, he visited Christmas markets, and he went to midnight mass. During that time Annis, her husband Daniel, and their three children treated him like one of the family.

We give money to charity every month but we have never done anything like this before.

“Annis is such a wonderful, kind, and generous person and I wish everyone was like her,” Fraser added.

Lindkvist was 37 years old when she put Fraser on that plane. A retirement home worker who helps those with dementia, she admitted to the news outlet that she had never felt like this about a homeless person before. And so after they wrapped their six-day visit, Fraser (who now lives in a flat) and the Lindkvists continued to chat every day.

“My mother was crying and crying when he left and my children have been asking every day when he is going to come back. There is a big place in my heart for him,” she said. “I had had my doubts about it but I sat up late one night when he was here and spoke to him about it. I could have been a killer just like he could have been, but I just had a feeling in my stomach that he was a really nice person.”

Fraser’s friends weren’t the only ones who raised eyebrows over his visit to Sweden; Lindkvist recalls that she also had conversations with friends and family members who thought she wasn’t thinking clearly. But she ignored them and opened her home to him anyway, and now he’s a part of the family. They even invited him back for the Easter holiday.

Being homeless is cold, lonely, and depressing and you get a lot of abuse from people. This was an incredible act of kindness and I loved meeting Annis’ friends, family and colleagues. I wish I was there now.

“True friendship never dies, and apparently our story does not either,” Lindkvist updated people last year on her Instagram page, revealing that her family is indeed still in contact with Fraser. “And Jimmy, wish you were here.”

It just goes to show you that you should never judge a book by its cover- how many people potentially walked by Fraser without giving him a second thought? But Lindkvist opened her heart free of judgment and made a lifelong friend for herself and her family in the process. It’s a takeaway we could all use as we head into the holiday season: you never know what a person is going through, but deciding to show a little compassion and kindness may just turn out to be a life-changing decision.