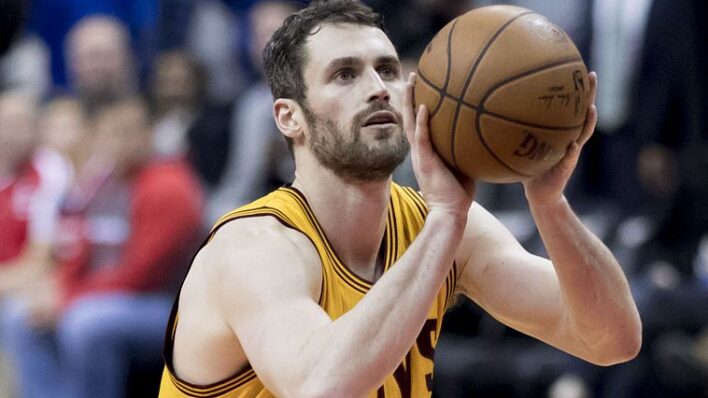 How Kevin Love is Helping Change the Conversation About Mental Health

What does it mean to be a man? For so many years, it meant not being seen as weak, not opening up about your feelings and always shouldering life’s challenges on your own. Parents tell boys this and our culture hammers it in – but things are starting to change.

Celebrities and athletes – whose literal job it is to be tough – are challenging the myth that men and boys can’t talk about mental health issues. Rather, they’re promoting an environment that whoever you are, you deserve to be able to talk about your problems.

‘Everyone is going through something’

The most recent instance of an athlete forwarding the conversation about mental health is a personal essay penned by Kevin Love of the Cleveland Cavaliers. Love’s 2,300-word letter, ‘Everyone Is Going Through Something,’ discusses a panic attack he had during a game against the Atlanta Hawks.

The panic attack was the result of a combination of stress, family issues his team’s poor start to the season.

Love said for the first 29 years of his life, he never considered talking about his problems.

Growing up, you figure out really quickly how a boy is supposed to act. You learn what it takes to ‘be a man.’ It’s like a playbook: Be strong. Don’t talk about your feelings. Get through it on your own. So for 29 years of my life, I followed that playbook.

Love concluded with this powerful statement:

Mental health isn’t just an athlete thing. What you do for a living doesn’t have to define who you are. This is an everyone thing. No matter what our circumstances, we’re all carrying around things that hurt — and they can hurt us if we keep them buried inside. Not talking about our inner lives robs us of really getting to know ourselves and robs us of the chance to reach out to others in need. So if you’re reading this and you’re having a hard time, no matter how big or small it seems to you, I want to remind you that you’re not weird or different for sharing what you’re going through.

Just the opposite. It could be the most important thing you do. It was for me.

Love said he would never have been able to write his personal letter if not for Toronto Raptors star DeMar DeRozan who opened up about his struggles with depression in an interview with The Toronto Star.

My mom always told me: Never make fun of anybody because you never know what that person is going through. Ever since I was a kid, I never did. I never did. I don’t care what shape, form, ethnicity, nothing. I treat everybody the same. You never know.

“It made me feel, you know, pretty damn good, honestly. So it’s cool to be able to help somebody.” – @DeMar_DeRozan on Kevin Love’s Players’ Tribune article pic.twitter.com/wyvmoSOuAB

The King gives his support

Kevin Love and DeMar DeRozan are NBA All-Stars, but there’s no one more influential in basketball – or pretty much any sport for that matter – than LeBron James. King James personally told Love that by writing his essay he “helped a lot of people,” ESPN reports.

You’re even more powerful now than ever before @kevinlove!!! Salute and respect brother! ✊🏾💪🏾🙏🏾 https://t.co/6nL6WoZMCm

Helping others tell their stories

Love told reporters that the response to his essay has been “overwhelming.” He has received over 4,000 emails from people who want to share their own stories and has deployed a team to go through each and every story.

I didn’t realize that the response would be like it was or like it is. It’s amazing what we’re able to do with this platform, but like I mentioned, everybody is going through something. Everybody has things that you can’t see, that you can’t touch that they’re walking around with every day.