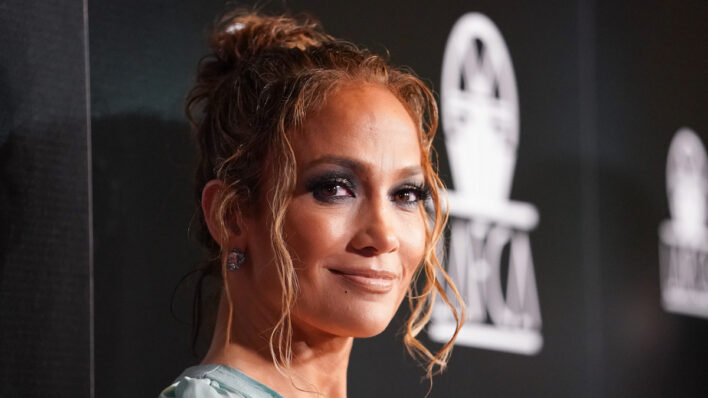 Jennifer Lopez Experienced A Major Change After Having Kids

Singer, actress, dancer — these are just a couple of roles that Jennifer Lopez executes time and again. Yet no one credits her for being a mother.
By Shaoni Das    March 24, 2021

Singer, actress, dancer — these are just a couple of roles that Jennifer Lopez executes time and again. Yet no one credits her for being a mother.

Singer, actress, dancer — these are just a couple of roles that Jennifer Lopez executes time and again with immense class, style, glamor, and heart. Yet no one credits her for being a super-mom to her twins, Max and Emme.

Motherhood, as one can imagine, isn’t a one-size-fits-all phenomenon. Every mother experiences its challenges in a unique way and therefore undergoes her own distinct transformations and realizations. For better or for worse, motherhood has a way of shifting someone’s entire world on its axis. You have to repeatedly balance your old impulses against your new obligations.

These are some of the many reckonings J-Lo had to face upon becoming a mother in her late thirties. Up until then, she had had a few marriages and high-profile relationships, but no force in the world could prepare her for the emotional and physical rollercoaster, that is, motherhood.

So let’s reflect on Jennifer’s journey through motherhood and examine the major developments that took place in her as a result.

Following a widely-publicized engagement with actor Ben Affleck, Jennifer took some time off to heal and clear her head. While on the rebound, she met singer Marc Anthony, who made her “feel loved” amidst a particularly tumultuous time in her life. The pair had been friends for many years by then, so it seemed like it was perfect timing for the two to find their way into each others’ lives. Jennifer described in her book True Love that Marc was her “knight in shining armour” and that reconnecting with him was a “start of a fairy tale.”

Reflecting on the marriage years later, J-Lo admitted that perhaps she wasn’t in the right headspace to pursue something serious with Marc, that she was only looking to “be loved” in the wake of the break-up with Ben. Nevertheless, the two went ahead with the wedding and threw themselves into their relationship wholeheartedly. The two married in June 2004 following a six-month courtship.

They tried conceiving a child in the next few years, but it was an uphill battle. Yet, Jennifer said that she never resorted to fertility treatment or IVF. She was traditional in that she wanted to conceive as naturally as possible, and she didn’t want to subject her body to the side effects. On November 7, 2007, Jennifer and Marc announced that they were pregnant with their first child. Jennifer’s father later told the press that the couple was actually expecting twins, adding that this runs in the extended family and his sister also welcomed a pair of twins back in the day.

Looking back at her fertility struggles, Jennifer said that being a mom might not have been in the cards for her. She welcomed her babies at 38, and if everything hadn’t worked out exactly as it was supposed to, she might not have been able to experience the joys of parenthood.

I didn’t have kids until later, and I almost thought that it wasn’t going to happen for me […] I’m very aware that I was blessed with that. I don’t take it for granted for one day.

Jennifer Lopez on The TODAY show

She said that she has “grown up” by becoming a mother

While expecting their twins, Jennifer wanted to feel “selfish” and special as she knew that she likely wouldn’t have kids again. She expected Marc to treat her well and take the burden of cooking and shopping off her shoulders. Marc already knew what it was like being a parent — he had two kids with his ex-wife Dayanara Torres, and two kids with his ex-girlfriend Debbie Rosado. So he had the entire parenting experience down to a science, and so he had to be the teacher for Jennifer as she learned first-hand what it means to be a parent.

Jennifer received valuable lessons about life through motherhood. Before Max and Emme, she didn’t know what it was like to have “unconditional love” for someone or what it meant to put your life on the line for them. Marc may have helped her with little things like feeding the babies and changing their diapers, but the onus was on her to step up to the plate and absorb the full extent of what motherhood had to offer.

Prior to having kids, Jennifer prioritized work, which is hardly a surprise. It takes a significant and sustained level of grit and dedication to build a multi-million dollar empire. She works herself to the bone to ensure that she’s excelling in every possible department, that her audience is receiving top-tier entertainment at every given instance.

While this tendency to work hard remains well and alive for Jennifer, she has had to take inventory of her career and redirect her attention to her family. As a working mama, she knows all too well about the feeling of “guilt” that hovers over you every single time you’re away from home.

I can’t help but be a different person now that I’ve had kids. My main priority now is that my kids are happy; that’s my No. 1 focus in life […] Before, my work was my main priority – even above myself.

Both Max and Emme are following in their mother’s footsteps

At 13, both Max and Emme are starting to understanding the legacy of their mother’s work. She has been a pioneer for Latina women in Hollywood and continues to be one of the most powerful people in show business. So it’s almost inevitable that her children would be inspired by her array of work and would dip their toes into the entertainment industry.

In fact, both Max and Emme have become little celebrities in their own right. In the 2020 Super Bowl Halftime Show, J-Lo brought out her daughter to sing a duet with her. Together, the ladies performed ‘Let’s Get Loud’ and ‘Born in the USA,’ alongside Shakira. One couldn’t ask for a better debut than The Super Bowl, and Emme delivered with aplomb.

When asked how she mustered up the courage to perform at the biggest stage in the world, Emme said, “I just don’t overthink it. I get up there and do it.” Sounds like the 13-year-old is already on her way to becoming a pro. Jennifer weighed in on her daughter becoming a professional singer, and she insisted that it is only a bonding activity for the two of them.

For us, it’s not about putting [Emme] out in the spotlight, it’s about doing things together that bond us […] I ask her to do these things and if she wants to she can, and if she doesn’t want to that’s fine with me too.

This wasn’t Emme’s only claim to fame, either. Later in the year, she also became an author by releasing a children’s picture book called Lord Help Me, in which she offers sweet, humorous, and semi-autobiographical accounts of praying to God throughout the day. The book concludes with a request: to “do something, no matter how small, to help our planet heal.”

While his twin sister may be a performer and author, Max isn’t too far behind himself. Lopez posted a video showing her sun crushing a solo during his school’s production of “The Wizard of Oz.” She also revealed that he’s been taking singing lessons with her vocal coach, Stevie Mackay.

No parent does everything right. It’s this weird thing that happens where you are striving to be as good as you can be so that they turn out well. And that requires that you be a really great, evolved, aware person in every moment. Which is pretty awesome. But it’s also putting tremendous pressure on yourself ― which is why women feel so guilty!

At the end of the day, J-lo tries her best, and that’s got to count for something. She and Marc may no longer be together, but that isn’t going to affect how they co-parent their children and prioritize their wellbeing over their own disagreements. Sure, they have resources that are not available for the rest of us, but it still means something to see someone like J-Lo speak up and voice her concerns over motherhood.

Everyone’s journey through parenthood is unique

The biggest mistake you can make as a parent, or even as a child, is to compare your family against others. Everyone’s needs, experiences, and expectations are different, and so we cannot worry about measuring up to an invisible goalpost that only keeps moving up and up.

What you have to remember is that trying your best and admitting your shortcomings is the first step to being a parent. Not everything is going to be perfect, so it’s key to keep in mind that being a parent is not a science. It’s a trial and error process that you will have to figure out for yourself, so be kind to yourself and be kind to your own parents.