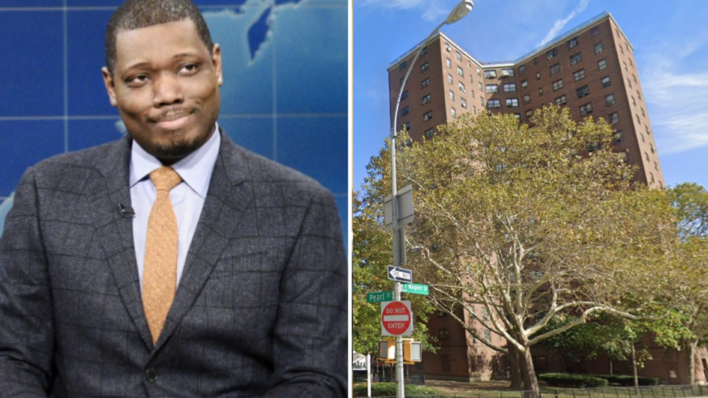 Comedian Michael Che might be best known across the country for his “Weekend Update” segment on Saturday Night Live. But at the Smith Houses public housing development in New York City, Che is now known for a much more important reason.

A Tragic Loss During a Global Pandemic

In the middle of the Covid-19 pandemic, Che lost his grandmother to complications from the virus. “I’m doing fine, considering,” he said. And yet he recognized that many more people, perhaps even himself, would be lost to Covid. Still others, he knew, would suffer other effects of the virus, like financial instability or even homelessness.

“It’s crazy to me that residents of public housing are still expected to pay their rent when so many New Yorkers can’t even work,” he wrote on Instagram.

RELATED: Why Zach Galifianakis Has Paid The Rent Of A Homeless Woman For Years

In fact, millions of Americans found themselves unemployed when workplaces across the country shut down in the wake of social distancing measures and falling profits. Facing pay cuts or simply no pay check at all, many people found themselves unable to cover their rent or mortgages.

The New York Times reported that up to 40% of tenants in the city wouldn’t be able to pay their rent. And although a 90-day moratorium on evictions was put into place, people were still expected to pay rent.

The public housing crisis is not new to Micheal Che. He grew up in public housing. “Special shoutout to the people that’s growing up the way I grew up,” he wrote on Instagram, “and that are living in the conditions that I lived in. To the people in the project buildings and prisons and shelters and on the streets, it’s hard to not feel ignored, when these communities are getting hit the hardest.”

Michael Che’s grandmother Martha also lived in public housing, at the Smith Houses, until the 1990s, when she moved south. When Martha died from complications from the coronavirus, it hit Che hard. The longtime advocate for the housing crisis in New York City saw an opportunity to make people do more than just laugh. While his humour might have been pulling them though the stress of the pandemic, Che has never forgotten where he came from, and he wanted to do more.

And so he offered to pay a month’s rent for the occupants of all 160 apartments in the housing project. “That building is very significant in my family’s history,” says Che of the Smith Houses. He remembers spending summers there with his grandmother.

Che’s Saturday Night Live coworkers applauded his act of generosity when the “Weekend Update” segment was taped via Zoom. Che mentioned that he was going through all the normal stages of grief, and that he was happy for the distraction that work brought.

Che recognizes that his gesture is just a band-aid to the current situation. In New York City, more than one in 100 people tested positive for Covid-19. Other celebrities have provided support to renters during this difficult time, too, including Dax Shepard and Kristin Bell. But Michael Che urges governments to do more.

Gregory Russ, the head of the New York City Housing Authority, recognized Che’s act by saying,“It’s a very generous offer, and we really think it will be a benefit to those households in the building.”

Russ oversees over 160,000 apartments. The housing authority has been deeply criticized for lack of funding and poor living conditions. Che himself remembers leaky roofs and heat outages. It has since been taken over by an independent firm.

Michael Che gave those residents of the Smith Houses something to smile about when he paid their rent–and that’s something they won’t soon forget.