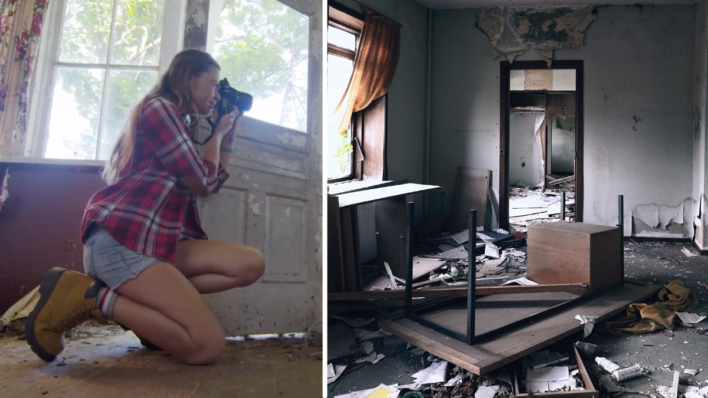 When one photographer showed up to take pictures of an empty house, she didn’t expect to find someone inside.
By Lindsey Staub    June 3, 2022

When one photographer showed up to take pictures of an empty house, she didn’t expect to find someone inside.

Statuettes left behind on a cluttered vanity. Wrinkled dresses in green and cream. An unmade bed surrounded by fallen plaster.

These are the kinds of things Leslie Muir photographs.

According to her, she has always been attracted to abandoned and forgotten places, leading her to embark on a life of documenting ones around Ontario. She updates her Twitter account with photos from her expeditions, often creepy and nostalgic portraits of forgotten lives.

“Every room and every object has something to say,” she said to Great Big Story, “You never know what you’re going to find or who you’ll find.”

One day, when she entered an abandoned building to capture it, she realized it wasn’t empty.

“About a year ago I was driving home,” Muir said. “Had seen this house a million times. Never thought to stop. It was just another abandoned house.”

This time around, she decided to stop. She pulled a U-turn, got out of her car, and began to investigate. She started taking pictures of the outside of the house, then went through the front door.

“When I went inside it was still an abandoned house to me,” she said. “It was dark, there was stuff everywhere, any sign that you saw would have led you to believe that nobody lived there.”

As she went in deeper, she heard sounds from a radio. Following that was a shy “hello” coming from a corner.

That’s when Muir discovered an old man named Lawrence sitting there. He had been living alone for years.

He was both physically and emotionally injured, suffering from not only loneliness but also a head fracture and loss of vision in one eye.

RELATED: UPS Store Owner Realizes Something Is Wrong When 80-Year-Old Tries To Ship A Suspicious Package

Muir refused to leave him alone, and because of her kindness, he now lives in a retirement home where Leslie visits him often.

I always have been a loner. She brightened my life up.

Instead of abandoning the man when first hearing his voice, Muir stayed and helped him. Without her bravery and compassion, Lawrence might still be alone in the abandoned house. Now, he has a new place to live and a new friend.

be a friend
“What you do makes a difference, and you have to decide what kind of difference you want to make.” – Jake Goodall 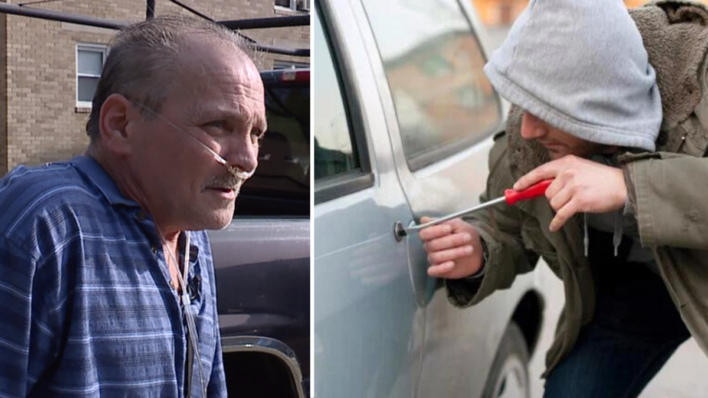