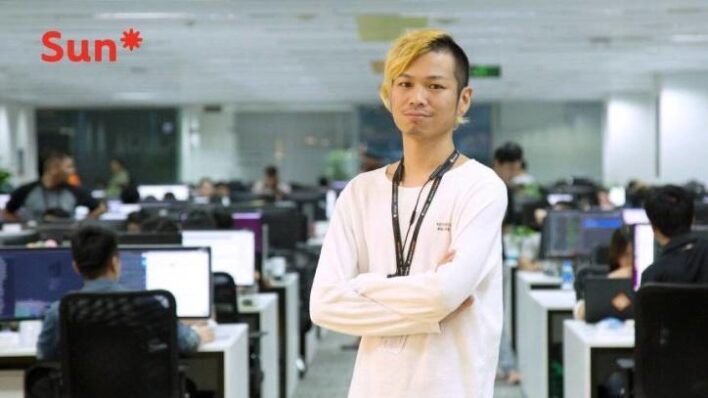 It’s easy to think when you are really down on your luck that this is the end of the road
By Aly Walansky    December 17, 2020

It’s easy to think when you are really down on your luck that this is the end of the road – but sometimes our lowest point is just the first step on a ladder to something great.

Homeless on the streets of Tokyo, Taihei Kobayashi was in a pretty bad place. But he put in efforts to turn his whole life around, and now he’s heading a technology startup with a value of over $1 billion.

Kobayashi was thrown out of his parents’ home at 17 years old after he dropped out of school to focus on music.

He didn’t give up on his dream though – he continued to play music during the day, but ended up sleeping on the streets at night, often using cardboard boxes to keep warm on cold nights.

He lived this way for over a year. Ultimately, he got off the streets and got a job as a software engineer. But it wasn’t a straightforward journey.

“The winters were cold. There may have been times when things felt like hell. But I’ve overcome those times.”

Kobayashi had left his parents’ home, losing everything he knew because he wasn’t prepared to give up on his dream of having the kind of life he wanted – regardless of the plans his parents had for him.

But it wasn’t easy. Especially on those cold nights. “I might have died. I slept anywhere I could,” he said. “About 80% of the time it was somewhere outside.”

Eventually, he was able to crash at a night club he was working at, and got off the streets. That lasted about six years. Then, he started to train to become a software engineer.

He soon discovered he had something to offer the industry. There were many skilled software engineers, but they were great at programming. Not necessarily building working business models. There was a need there he was ready to fill.

Kobayashi moved to Vietnam in 2012 and hired young engineers. The next year, they created Framgia Inc. in Japan, which, became known as Sun in 2019. The company sources engineers to help Japanese startups build their businesses.

“Our stance was to commit ourselves to the growth of those startups, regardless of whether it left us mired in losses,” Kobayashi said.

Sun continues to build its business, and now has more than 70 clients. That once homeless man? He’s now worth over $70 million.

Nobody will believe in your dreams if you don’t

Never give up on your dreams or visions for yourself. No one knows better than you what you are capable of.

And when the going gets tough, you need to fuel your self-belief and lean on your vision more than ever.