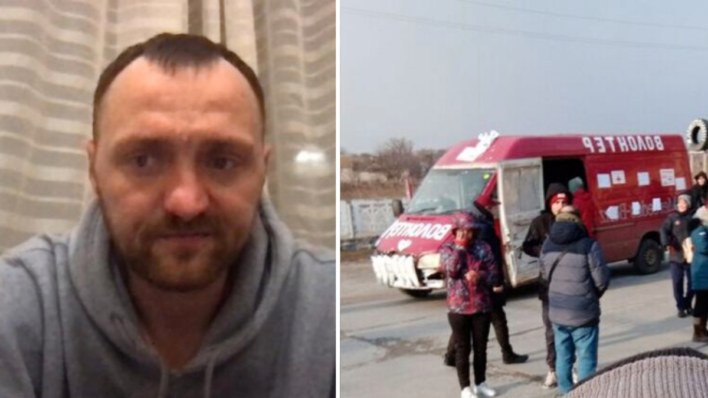 Despite the dangers, one former nightclub owner risked his life to rescue the people of Mariupol during Russia’s most violent offensive. His bravery – and his unique red bus – made him a local legend.
By Sophie Babinski    May 7, 2022

Despite the dangers, one former nightclub owner risked his life to rescue the people of Mariupol during Russia’s most violent offensive. His bravery – and his unique red bus – made him a local legend.

Russia’s war on Ukraine has everybody on edge and worried about the future. With so much access to information and news coverage, it’s natural these global conflicts leave us with anxiety.

In addition to struggling with the pandemic for the last few years and facing economic turmoil, we are burnt out.

Luckily, there are a few positive stories coming out of the warzone that have us keeping our hopes up!

How a Ukrainian Man Saved 200 People with His Red Bus

Mykhailo Puryshev, a 36-year-old man from Mariupol, Ukraine, was a former nightclub owner who was worried about the people stuck in his hometown. Instead of ruminating on the danger surrounding his loved ones and him, he decided to take matters into his own hands. He raised money from his network to buy a battered old red bus, and then put it into action.

According to Ukrainian officials, there were more than 100,000 people stuck in Mariupol, one of the cities under siege by Russian forces. Because of this, those who have had the opportunity to leave are doing everything they can to facilitate escape for those remaining in the city.

Puryshev has driven his battered van into Mariupol more than six times, rescuing more than 200 people, and risking his own life. Documenting his trips on social media, Puryshev has expressed grief over what has happened to his beloved hometown.

When I first went, the city was like a cloud of smoke, like a bonfire…The last time I went it was just ash with the black coal of buildings.

One Ukrainian Man Proved There Is Always Hope – Even in War

Mykhailo Puryshev risked his own life over and over again to help his fellow countrymen. Despite already being safely outside of Mariupol, he knew he could not live with himself if he did not do everything he could to help out.

In one instance, Mykhailo was even caught in the middle of an attack but was saved by his van and his coat.

The only injury I had was a glass shard in my side. But my coat saved me and I only got a scratch. God protected me of course. My bus looked after me.

Stories like this one give us hope that war does not mean the end of life as we know it. There are people who do everything they can to make a difference and help out in times of conflict.

We are thankful for people like Mykhailo for reminding us that there is always a light at the end of the tunnel.