Home Stories Inspiring Celebrities Why Will Smith’s Jealousy of Tupac Shakur’s Bond With Jada Pinkett-Smith Is... 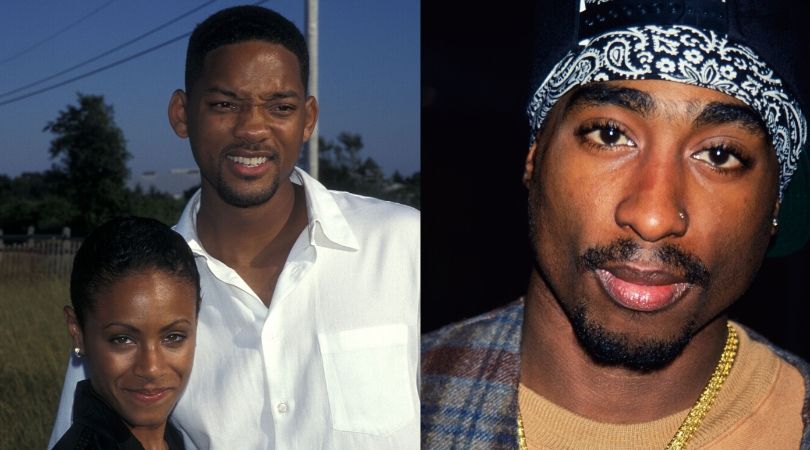 Insecurity and jealousy seems to be such a basic human emotion that we can often think that someone who is rich and successful not be likely to feel them. However, it turns out that Will Smith dealt with the very human feeling of jealousy, when it involved his now wife, Jada Pinkett Smith, and her relationship with rapper Tupac Shakur.

Will has no problem admitting it now

In an interview for the radio show at Breakfast Club Power, Will Smith spoke to Charlemagne tha God with his costar Martin Lawrence, while promoting their new film. He was then asked the ultimate question: had he ever been jealous of the love Jada had for the now-deceased artist, Tupac?

Oh f— yeah. Oh my god. That was in the early days and it was like, that was a big regret for me, too, because I could never open up to interact with Pac.

Smith confessed him and Tupac “had a little bit of a thing” over their shared love for Jada, who was childhood friends with Shakur.

Will recognized the special bond that Jada seemed to share with Tupac. After all, the two had grown up close to each other. Jada and Shakur met as kids on the first day of high school in Baltimore and remained very close until Tupac’s lifestyle got too dangerous for her and she created some distance.

Jada herself admits that both her and Tupac “were an anchor for each other,” which did not go unnoticed by her husband. “So any time he felt like that anchor was threatened… Oh my God,” she continued.

Will felt he could not compete with that bond, but also with Tupac’s drastically different image.

“Pac had a little thing on that but she just loved him, like he was the image of perfection, but she was with the Fresh Prince, you know?” He said.

At the time, his jealousy was so pronounced, that he could not even address Tupac, if they were in the same room together.

They were two different characters

Charlemagne, the interviewer, was surprised at Will Smith’s answer. After all, as many people may have thought, the two seemed to have a lot in common. Both Will Smith and Tupac Shakur were popular and successful rappers. Even Jada recognized their similarities.

That’s what Jada would say all the time: ‘I’m telling you, y’all are so similar, you would love him.’ And I just never… that was a huge regret of mine, I couldn’t handle it.

Will Smith went on to say that he was “deeply, deeply insecure“ and “wasn’t man enough to handle that relationship.” But what exactly caused that insecurity? After all, to all of us, Will Smith is the picture of confidence. He is handsome, charming, a great actor and father and a hilarious human being.

Smith confides that a lot of it had to do with a lack of self-esteem and confidence he had that time in his past. He unconsciously compared himself to Tupac, whose appeal was on a different level.

I was the soft rapper from Philly and he was Pac.

Will’s insecurity had a lot to do with public identity

Smith admits that a lot of it had to do with a lack of self-esteem and confidence at the time. Tupac’s rougher life was in direct contrast with Will’s ‘Fresh Prince’ image, which made him look a little less fascinating. The former’s music expressed the realities he had lived, the truths of a brutal world that Will was not entirely privy to.

Therefore, there was an unspoken competition, which had much to do with the way Will viewed himself and his position in the celebrity world.

This conflict of identity, of the way he viewed himself from the perspective of the outside world, left room for jealousy to seep in. But now, the actor has learned his lesson. With time, the Smiths have managed to distinguish themselves from the image projected on them by the outside world.

He now understands that being a public figure requires a “certain amount of pretense and inauthenticity to hold up the character.” His identity as Will Smith has been defined by decades in an industry that requires him to maintain a reputation. Much of his success, as he admits, depended on him being able to play this character.

Will now has a more fleshed out understanding of himself as a person and a celebrity. Now, his question is, “are you gonna have the courage to live as who you really are?” He and Jada have also been able to apply this to their own marriage and refuse to let the world define their relationship for them.

“Me and Jada talked about this a lot…in our marriage and how people want us to be married versus how we’re really married,” Will confessed. They were able to reach a point where they let go of “the characters people want to see” in order to thrive together, on their own terms.

What can we learn from Will’s raw admission?

Will Smith’s refusal to engage with Tupac remains one of his biggest regrets. However, there is much to be learned from his willingness to open up and share the reasons behind his decisions at the time.

First of all, he recognized that much of it was due to insecurity, which is a universal sentiment. By admitting his regret, he teaches us a valuable lesson.

Perhaps, we have also been guilty of shutting out certain people and missing out on connections because of fear and insecurity. If we take some time to analyze our motives and emotions, we can trace the root of certain tensions we feel. As Will Smith’s story shows, he was struggling with accepting his authentic identity in a world that valued image over everything else.

When we let go of the characters we feel obliged to play in our daily lives, we can reach a truer version of ourselves. This version worries less about the way it is perceived by others. Furthermore, by being at our most authentic, we can also read our motivations better and understand the root of certain emotions when they arise. In doing so, we find better ways to process them.