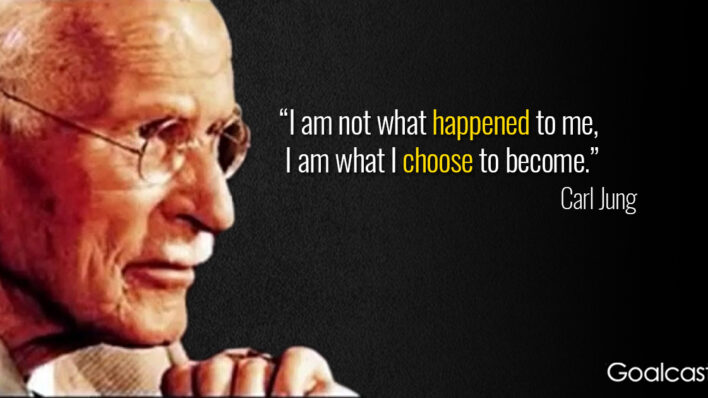 Carl Jung was one of Freud’s apprentices, and many, including Freud, thought that he would be the one to carry on his work. Nevertheless, Jung had his own brilliant ideas that were in contradiction with some of his teacher’s. As expected, different temperaments and viewpoints led to numerous arguments, the end of a fruitful collaboration and the end of a friendship.

Jung travelled the world in order to explore many other fields, in addition to psychology and published over 200 studies on his findings. A lot of future research was done based on his ideas, which continue to resonate.

Here are 15 Carl Jung quotes for a better understanding of yourself and others around you: A man who has not passed through the inferno of his passions has never overcome them. As far as we can discern, the sole purpose of human existence is to kindle a light in the darkness of mere being. Everything that irritates us about others can lead us to an understanding of ourselves.

The meeting of two personalities is like the contact of two chemical substances: if there is any reaction, both are transformed.

Your visions will become clear only when you can look into your own heart. Who looks outside, dreams; who looks inside, awakes. I am not what happened to me, I am what I choose to become.

Knowing your own darkness is the best method for dealing with the darkness of other people.

Until you make the unconscious conscious, it will direct your life and you will call it fate.

Every form of addiction is bad, no matter whether the narcotic be alcohol, morphine or idealism.

You are what you do, not what you say you’ll do.

The privilege of a lifetime is to become who you truly are.

We cannot change anything unless we accept it.

Where love rules, there is no will to power, and where power predominates, love is lacking. The one is the shadow of the other. Thinking is difficult, that’s why most people judge.

Even a happy life cannot be without a measure of darkness, and the word ‘happy’ would lose its meaning if it were not balanced by sadness.

Nothing has a stronger influence psychologically on their environment and especially on their children than the unlived life of the parent.

I shall not commit the fashionable stupidity of regarding everything I cannot explain as a fraud.