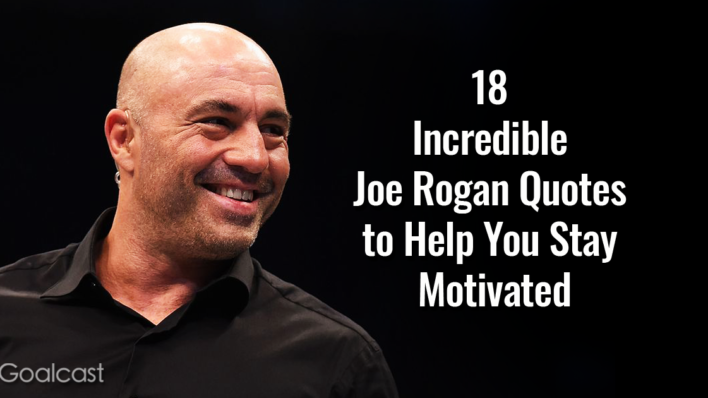 When you think of UFC commentary, you think of Joe Rogan. While some love his exuberance behind the mic at
By Flavia Medrut    December 4, 2018

When you think of UFC commentary, you think of Joe Rogan. While some love his exuberance behind the mic at the MMA events, others prefer funny Joe that would put up a great stand-up comedy show.

Joe Rogan started his career as a stand-up comedian in 1988 and ever since then, he has approached every potentially taboo subject like religion, politics, sex, drugs or terrorism.

Joe grew up without his father, as his parents divorced when he was five years old. He remembers flashes of domestic violence, but doesn’t like complaining about his past.

At 13 years old he started practicing martial arts and right now Rogan holds a black belt in Tae Kwon Do and a brown belt in Brazilian Jiu-Jitsu. This obviously makes him the most intimidating stand-up comedian out there.

Since 2009, Rogan gained more fame by running one of the most popular podcasts on YouTube – The Joe Rogan Experience. Each week he invites a public figure to have a long conversation on their story and life in general. Work for that feeling that you have accomplished something…Don’t waste your time on this earth without making a mark. One of the most fascinating lessons I’ve absorbed about life is that the struggle is good.

That’s my only goal.  Surround myself with funny people, and make sure everyone has a good time and works hard.

There’s a direct correlation between positive energy and positive results in the physical form. Someone else’s success does not equal a failure for you.

The key to happiness doesn’t lay in numbers in a bank account but in the way we make others feel and the way they make us feel.

Reality really is a theatre. There’s no other way to describe it.  It’s all so nonsensical, ridiculous and chaotic.

If you are the greatest, why would you go around talking about it?

I truly believe that in order to truly be great at something you have to give into a certain amount of madness.

Live your life like you’re the hero in your own movie.

The time you spend hating on someone robs you of your own time.  You are literally hating on yourself and you don’t even realize it.

We define ourselves far too often by our past failures.  That’s not you.  You are this person right now.  You’re the person who has learned from those failures.

Kindness is one of the best gifts you can bestow… We know that inherently that feels great.

Greatness and madness are next door neighbors and they often borrow each other’s sugar.

Excellence in anything increases your potential in everything.

By putting yourself in that intense form of stress, it makes regular life more peaceful.