Home Stories How One Woman Went from Barely Being Able to Walk to Running... 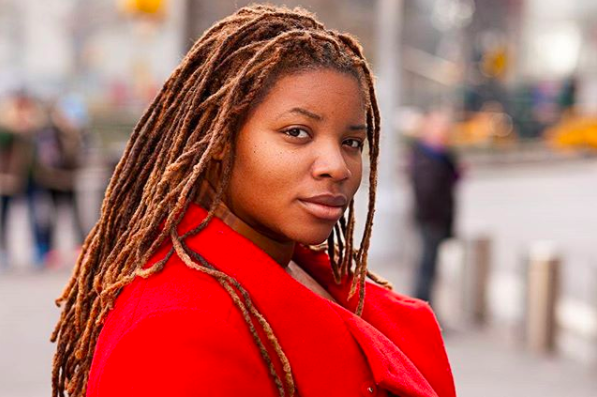 “Sports helped me find my inner child. It was a gateway to exploring my inner life.”

Big words from someone who, until a few years ago, says the only running she ever did was “running after the ice cream truck.”

In 2013, Latoya Shauntay Snell wasn’t running anywhere. She could barely walk. Diagnosed with sciatica, she’d been on doctor-prescribed bed rest for a year and a half.

She’d lost her job at the New York Department of Corrections, lost another job at a food prep service, could barely take her young son to the park, and was gaining weight. At 5’3”, she weighed around 265 pounds and was using jokes to deflect cruel remarks directed her way, referring to herself as the “funny fat friend.”

I used jokes as a tactic.

But the cracks about her weight and unsolicited advice on how to lose weight—even when made out of supposed concern by her friends—were getting to her.

So, having reached her rock bottom in May 2013, she decided to change. She joined a gym. “I had no idea what I was doing,” she said. She bought and promptly ditched a few fitness DVDs, but stuck with simple moves like squats and jumping jacks. She learned, in her late 20s, how to ride a bike. And then, inspired by an online friend and to her own astonishment, she committed to running a half-marathon.

I went to the track and a few weeks later I met the local chapter head of [online fitness community group] Black Girls Run. And they made me a more consistent and honest person.

She says the fear of letting down her fellow runners by skipping her commitments inspired her to get up and out even when she really didn’t want to.

But even as the weight came off — she lost around 100 pounds — Latoya says she still remained unhappy.

“I hated myself. Why? Because, even though I fixed my body, I hadn’t fixed my heart or my brain.”

Even though she was living a healthier, more active lifestyle, she still felt her extra weight all around her.

I realized that my weight was my villain who kept holding me down. The weight existed in my brain.

It took her a little longer before she was able to truly be happy, and it helped that she decided to focus, when she could, on her own happiness instead of that of others.

You need to find time to embrace yourself.

It worked. Now working as a freelancer writer, photographer and chef in her native Brooklyn, NY, 32-year-old Latoya keeps a blog called Running Fat Chef, where she indulges her passion for both fitness — she’s training for a triathlon — and food.

RELATED: How This Man Overcame Addiction, Lost Nearly 200 Pounds and Got His Happiness Back

She still suffers from sciatica and endometriosis, but she is not slowing down.

Oh baby. It’s been a very long week and today’s only Thursday. I’m tired and despite being in my gym clothes, I haven’t made it to @blinkfitness as of yet. It would be easy to take off these clothes, curl into bed and push it off until tomorrow. Instead, I am telling myself to make the trip to the gym and move intuitively. Sometimes you have to nix the intricate plan and move organically. It’s not going to be box jumps and 70 pounds of weight everyday. Okay, perhaps today will be all about stretching and low impact activities. That’s perfectly fine. Don’t downplay your progress nor disappoint yourself with the deviation. Who knows… you might find yourself rejuvenated just by showing up. For today, I will warm up and stretch my limbs five minutes longer than usual. #ResolutionHappy #runningfatchef #fatrunner #spartantraining #crosstraining #strengthtraining #calisthenics #hellobeautiful #blackgirlsrun #skirtsports #REALwomenmove #swiftwick #chaseadventure #doyouevenlift #plyometrics #findyourhappy #gymgoals #smileoften #smile #blinkfitness #plussizeathlete #endurance #athlete #fitness #fitnessmotivation #fitmom #blackgirlmagic