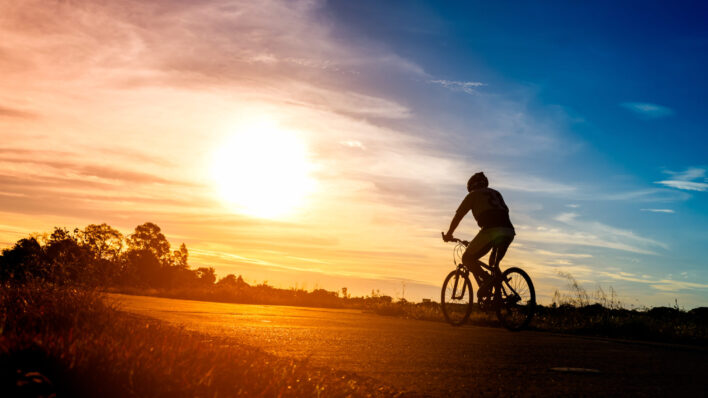 Deciding You Can Is the Hardest Part: How I Lost 150 Pounds

The reasons we tell ourselves we can’t do something we perceive as difficult are really just excuses for not trying.
By Ford Baker    August 15, 2017

The reasons we tell ourselves we can’t do something we perceive as difficult are really just excuses for not trying.

The reasons we tell ourselves we can’t do something we perceive as difficult are really just excuses for not trying. When we describe them, they usually follow the phrase I can’t because…

There are so many inspiring stories about athletes that overcame long odds by not saying I can’t. They overcome those odds and lead teams to championships and ultimately find themselves in the hall of fame. I love those stories, but they never really seemed applicable to me. They were elite athletes, after all. I am just an average Joe. They get paid to exercise and play with a ball. I’m a CPA (certified public accountant) that gets paid to sit in a chair and work on spreadsheets and tax returns.

With that I can’t attitude I steadily gained weight. By my 48th birthday, I was almost 200 pounds overweight — and that created a whole new set of I can’ts. It was almost as if they fed off each other. Deciding You Can Is the Hardest Part: How I Lost 150 Pounds

The most difficult thing is the decision to act, the rest is merely tenacity.

I’m just scratching the surface of my I can’t because excuse list — but none of them actually prevented me from losing weight. They just made it look difficult, so I didn’t try.

The truth is I couldn’t because I decided I couldn’t. Then, in 2012, I had a lightbulb moment after a 21-day cleanse. For the first time I understood that I can made a difference. The “what the heck, I will do a cleanse” wasn’t an inspiring YES SIR type response, but it was a decision that made an impact. I decided to try I can a little more.

So I started walking the dog every day, just for 15 minutes at first, but each day I went a little further or a little longer. I decided that I could change how I look at food, and that I didn’t need a diet, but just to eat right, starting today. Those decisions weren’t incredible touchdowns or home runs, but they gave me the energy and confidence to ride a bicycle. I began with only 10 miles that first time, but eventually I rode much further than that.

It was actually pretty easy: wake up each day and ask God to help me make good decisions about what I eat and drink; to give me the strength to exercise, keep me safe, and if that works out, try it again tomorrow. And I can do today.

Using a today approach, decisions got easier, rides got longer, and eating got better. Before I knew it, I rode 44 miles in my first bike rally at Autumn in Bonham 2012. By the following summer I had lost over 100 pounds and was off those prescription drugs. Contrary to my doctor’s “for the rest of my life” prognosis, I didn’t have an incurable disease. I wasn’t even sick. I simply had very serious side-effects caused by my eating and exercise habits. High blood pressure, blood sugar, cholesterol and morbid obesity were all side-effects of my I can’t because mentality. I started making I can decisions and the side-effects went away.

High blood pressure, blood sugar, cholesterol and morbid obesity were all side-effects of my I can’t because mentality. I started making I can decisions and the side-effects went away.

Riding the momentum of “I can”

The side-effects to I can decisions accumulated: I rode in the Hotter than Hell Hundred, the world’s largest bike race covering 100 miles in the Texas heat. I traded in my car for a commuter bike, circled islands, rode up volcanoes, crossed deserts, explored canyons, and pulled a world champion on a bike ride literally by just trying to make daily decisions. I rode 1,800 miles from Canada to Mexico down the Pacific Coast Highway in a month and 230 miles from Manhattan to Boston over a weekend. Then, 18 miles into the 2016 version of that first rally, almost exactly 44 miles from the finish of the Autumn in Bonham, I hit 24,874 total miles on my bike — the circumference of the Earth. In less than five years, I went from using a cane to circling the planet on a bicycle. 18 miles into the 2016 version of that first rally, almost  exactly 44 miles from the finish of the Autumn in Bonham, I hit 24,874 total miles on my bike — the circumference of the Earth. In less than five years, I went from using a cane to circling the planet on a bicycle.

In 2012, I didn’t decide to circle the planet on my first walk, just like those underdog pro athletes didn’t make the hall of fame or win a world series during their first couple of practices. But they never would have made the hall of fame if they hadn’t shown up for practice. I decided to try, and that was the hard part. Eating right and exercising seemed practically impossible to me then, but once I had decided to do it, they became easy. Yes, getting my weight down under 220 pounds while circling the planet on a bike was easy. And it was fun. Most importantly, it didn’t take hall of fame-like athletic prowess — it took a 48 year-old CPA to do it.

I’m still on the journey today. I still have weight to lose, tax returns to file, and a planet to circle again. Encouraging others by sharing my experience has become my passion. I tell my story to encourage the next person — and maybe it’s you — to decide to change your answer from I can’t because to today I can. Because you are worth it, you are special, and you are the only one for the job.

Ford is a CPA in Dallas, Texas where he operates a small public accounting firm with his wife, Linda. In 2012 he had a lightbulb moment that changed his life forever. Since then, has lost over 150 pounds, much of it by riding a bicycle. Inspired by his success, he started Today I Can in the hopes of building an online community to help others struggling with the side effects, complications and perceived roadblocks created by being overweight. Whether it’s 150 pounds, 10 pounds or just for encouragement, he would love for you to visit and share your story.