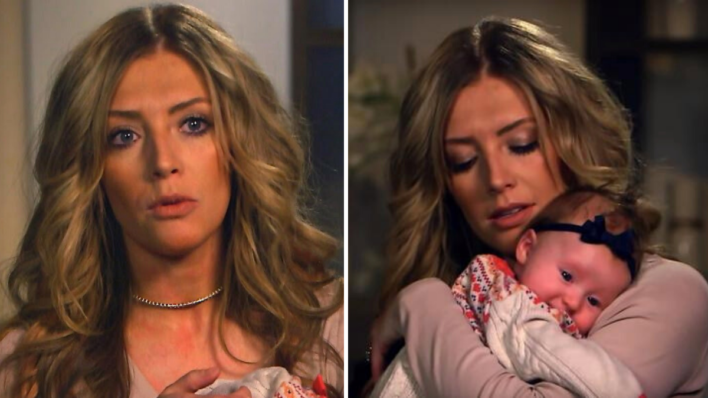 Left with no other options, a mother of five called the local police for help.
By Lindsey Staub    April 21, 2022

Left with no other options, a mother of five called the local police for help.

After the fourth child, a mother would think she has parenting down pat: perfecting a birth plan, making most of the time when your baby is down for a nap, budgeting for baby products.

But even with that fifth child, a complete surprise can spring up and leave you in desperation.

On January 28, 2020, Shannon Bird tried breastfeeding her fifth child, a newborn girl. But at 2:12 am, she realized she was totally dried up, and she didn’t know what to do.

“I’ve never been in this predicament ever,” Shannon said that night. “My milk just literally dried out. This is my fifth kid, and this has never happened.”

Shannon’s husband was out of town for work and her four other children were asleep. She tried calling her neighbors and her family, but no one was awake to answer. That’s when Shannon called the police.

The dispatcher assured Shannon that help was on its way. That’s when Lone Peak Police Department officers Brett Wagstaff and Konner Gabbitas arrived on the scene. The kind men grabbed a gallon of milk from a convenience store, and presented it to Shannon when they arrived at her home.

Unfortunately, the milk they brought was unsuitable for the baby’s age, and formula was needed. So the officers tried again, heading to Walmart this time to grab baby formula.

“We’ll leave this with you. We’ll be right back with some formula for your baby – she’s adorable,” officer Wagstaff said to Shannon, handing her the milk from the convenient store before trying again.

Luckily, the officers found the right type of milk at Walmart.

That’s the same stuff we gave our daughter when she was first born, so hopefully it doesn’t upset her stomach or anything.

One of the officers

Proud of their officers’ work, the police department posted about the incident on Facebook.

“So very proud of our Officers and their dedication to duty,” the caption read.

The officers were presented with a challenge that was unlike any of the emergencies they had faced before, but they still treated it with respect. They hustled to help the mother-in-need and her baby, saving the day even in the middle of the night.