Home Self Physical Health Everything You Need to Know About Your Sleep Cycle (And How to... 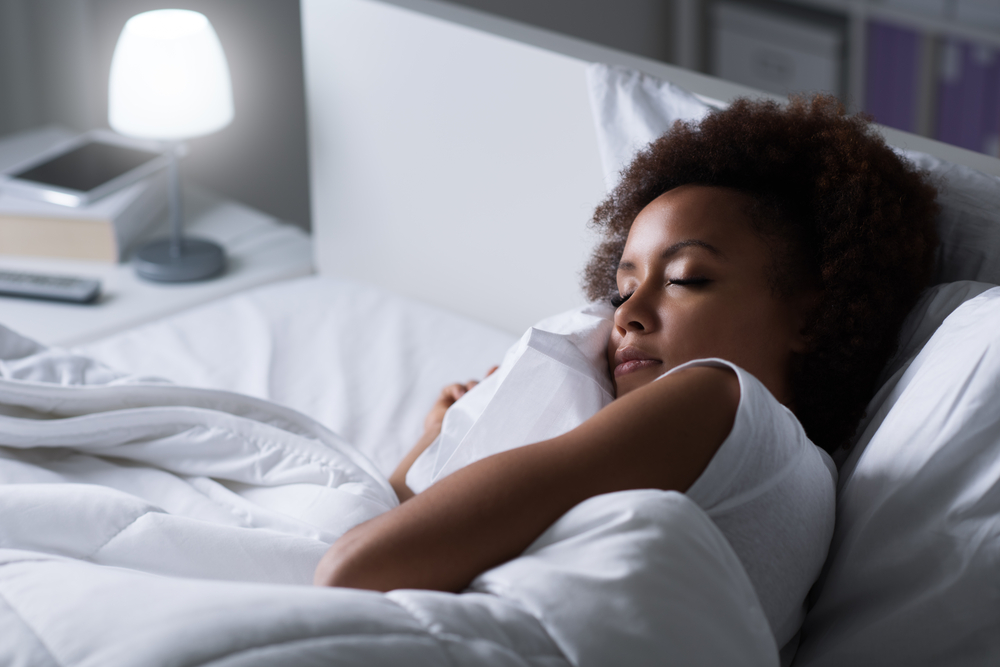 Ever wondered what happens after you lie down, close your eyes, and fall asleep each night? Unfortunately, there’s much we still don’t know about what happens to us when we’re sleeping. However, we do know how the body cycles through different stages of sleep and how those sleep cycles affect us.

So, if you want to know more about how those sleep cycles work– and how to use this knowledge to improve your sleep schedule and everything that comes with that– you’re in the right place.

I love sleep. My life has the tendency to fall apart when I’m awake, you know?

How do sleep cycles work?

Imagine your mind quietly floating through the sky. A soft moonlight blanketing the clouds as you soar by. You’re asleep– deeply, peacefully.

Yeah, not so much.

Until 1929, when the EEG or “electroencephalogram” machine was invented, sleep experts believed that once we fell asleep our body and mind powered down for the night until we awoke the next morning.

However, we now know that’s not the case. In fact, some stages of NREM sleep can show more brain wave activity than when we’re awake.

On that note, sleep cycles are separated into two different stages:

During NREM sleep, the body repairs and regenerates everything from muscle to tissue and bone. During REM, you enter a much different type of sleep. This is when dreams kick in.

The body runs through three (once thought to be four) separate stages of NREM sleep, then one stage of REM, before cycling through each of those four stages once again. Only, each time you complete a cycle your sleep becomes deeper, with brain waves becoming more relaxed.

The 4 stages of sleep As we spoke about a moment ago, there are four stages of sleep.

Think of these four stages as one complete sleep cycle. The body then cycles through those four stages endlessly until you wake up. There was once thought to be five stages of sleep, however, sleep experts now consider the third and fourth NREM stages to be the same stage.

However, despite the fact that the first three stages are all non-rapid eye movement (NREM) sleep, each is very different from one another, progressively moving you towards deeper and deeper sleep.

The four stages of sleep are as follows:

The first stage of non-rapid eye movement sleep is the lightest stage. During this stage, you can easily be woken up. It’s common to experience muscle twitches and jerks during this stage, which are the result of brain stimulation.

This stage often lasts no more than seven minutes.

During stage two, your heart rate begins to slow down, muscles relax, and your temperature drops all in anticipation of deep sleep.

You spend more time in this stage than any other, roughly twenty minutes per stage. This is due to the fact that the brain often travels back from stage three down to stage two before going back up to REM.

Stage three, once thought to be two separate stages, is where brain waves slow down and you enter the deepest stage of sleep. As time passes, you fall into a progressively deeper sleep. It’s very difficult to be woken up in this stage.

This stage lasts anywhere from twenty to forty minutes.

The fourth and final stage of sleep, REM is often thought to be a very deep state of sleep. However, it’s actually the most active of all. It’s also where dreams kick in.

Your body is actually paralyzed while in REM sleep, assumedly in connection to your brain activity so that you don’t try to punch your bedroom wall while you’re dreaming about being a championship boxer.

REM is also where the brain consolidates memory. Think of this as taking all the short-term memories from the past day and filing them into a giant mental cabinet labeled “long-term memory”.

Each REM cycle lasts roughly five minutes, however, the REM stage gets longer as you sleep, so you end up spending about twenty-five percent of your sleep in REM.

How to improve your sleep using this knowledge

Using this knowledge, the two most important things you can do to improve your sleep quality are:

In addition, a regular bedtime routine is also very important because, like our sleep cycles, the human brain works off of many different routines.

If you have an inconsistent bedtime routine and sleep time, your body will find it very difficult to prepare for sleep properly and this will affect your ability to enter deep stages of sleep faster, leading you to still feel sleepy even though you’ve gotten “enough” hours of sleep.