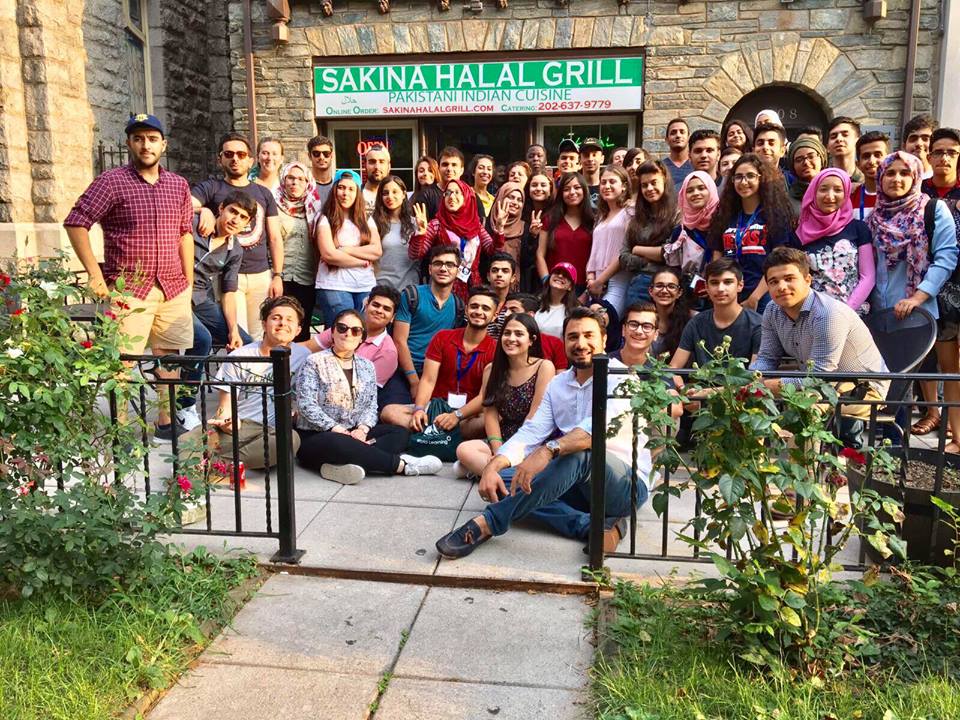 Just three block from the White House, Kazi Mannan is living the American dream. Having grown up in extreme poverty in a small village in Pakistan that had no electricity or running water, he dreamed of one day owning his own restaurant where he could serve food made with love to all. Just like mother did. Last year, Kazi served 16,000 free meals. This year he’s hoping it will be 22,000. Next year? 6,000 more.

22 years after arriving in the U.S. with just $3 in his pocket, he owns a limo service, but even more importantly, he owns Sakina Halal Grill, an Indian-Pakistani-Nepalese diner, renamed in memory of his mother Sakina, whom he lost 26 years ago. It was her that instilled the love of food in Kazi. And it was her who showed him the joy that food can bring.

The delicious food, affordable prices and friendly staff have ensured that in the five years since Kazi took over the restaurant business has been good. But it’s not the bhindi masala, veggie biryani or tandoori roti that has made Kazi a social media sensation. It’s his dedication to D.C.’s homeless and poor.

For Kazi, this is just one way he can give back to the community. His mother taught him early on how important it is to help those have less. Even if you have very little, if you can spare some, you must give it to those who don’t have even that.

I don’t want recognition because I am serving humanity until my last breath.

From the first day he took over the restaurant, Kazi has welcomed all those struggling in life to eat, free of charge, in his restaurant. Anybody can walk in and request a sit-down or take-out meal at Sakina, no questions asked.

And yes, those who want to have a sit-down meal dine in the hall, next to paying customers, because in Kazi’s eyes there is no difference. As someone who’s experienced the hardships of poverty both in his native Pakistan and in the U.S., he knows that a person’s worth is not measured in their bank account or wallet. And he knows what joy food can bring.

The day he took over the little restaurant just three blocks from the White House, he went out and invited all the homeless he could find to his place for a free meal. “This is your place to eat. As long as I own it, this is your place,” he remembered in interview with D.C. Eater.

But for Kazi, they’re not nameless people he helps out. He thinks of them as friends and beloved guests. He keeps in touch with countless members of the homeless community. He knows many of their names and many of their struggles. And on days when only a few come to eat at his place, Kazi and his staff go out looking for them with free food. And for Kazi and his staff, it’s the most natural thing to do. “I’m trying to worship our Creator through food,” he told ABC7 affiliate WJLA.