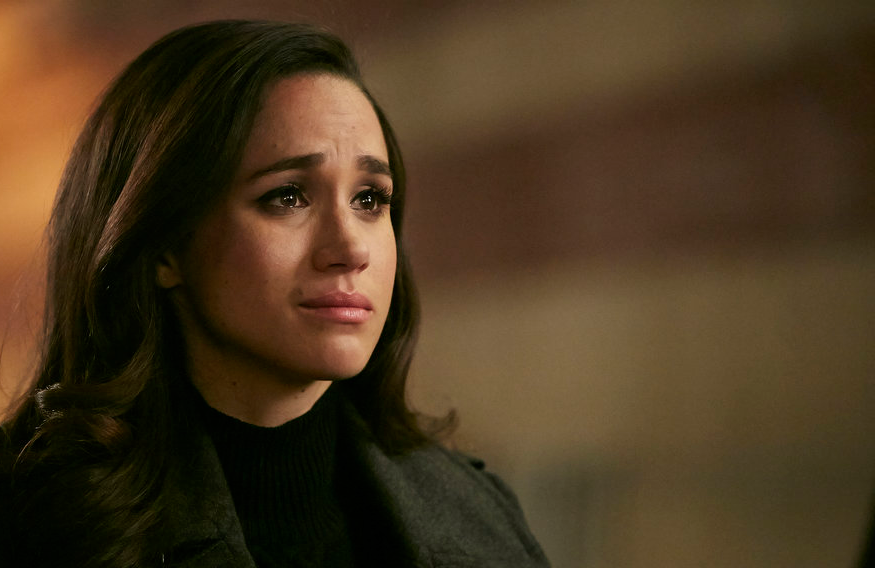 It could easily seem to an outsider that Meghan Markle, Duchess of Sussex, must truly have it all.

In some ways, she does. She is married to Prince Harry, has a beautiful baby boy, and is a real-life royal. But it’s not that simple – and her life isn’t always as enviable as many of us imagine.

In fact, it’s really rough in some ways – she left her home, her friends and family, her career, and everything she knew, to move to a new country and a new life… all in the public eye. A public that has often been cruel and unfair, especially when she was her most vulnerable.

Duchess Meghan was recently interviewed as part of a documentary about her and Prince Harry’s recent royal tour of Africa, and the topic turned to the pressures of being a new mother in the public eye while being constantly criticized for her every action in the media.

It was clear, to even the most casual viewer, this emotional abuse had taken its toll on Meghan.

Speaking to reporter Tom Bradby of ITV about the negative attention from the press during her pregnancy and first months with her son Archie, Meghan got very real.

“Any woman, especially when they’re pregnant, you’re really vulnerable, and so that was made really challenging. And then when you have a newborn, you know. And especially as a woman, it’s a lot,” she said, her voice wavering with emotion. “So you add this on top of just trying to be a new mom or trying to be a newlywed.

Thank you for asking because not many people have asked if I’m okay, but it’s a very real thing to be going through behind the scenes.

Bradby asked if it “would be fair” to say that she’s “not really okay, as in it’s really been a struggle?”—  to which Meghan responded, “Yes.”

She was existing, not living

Meghan got incredibly vulnerable as she opened up, admitting that she is struggling with the pressures of royal life and the nonstop scrutiny from the media.

“It’s hard. I don’t think anybody can understand that. In all fairness, I had no idea, which probably sounds difficult to understand, but when I first met Harry, my friends were so excited, my US friends were happy because I was happy,” she said in the interview.

“But my British friends, they were sure he was lovely, but they said I shouldn’t do it because ‘the British tabloids will destroy your life,” she reflected. “Because I’m American I very naively didn’t get it. It’s complicated.”

Meghan added: “I never thought that this would be easy, but I thought it would be fair and that’s the part that’s really hard to reconcile.”

“I’ve said for a long time to H” — her nickname for Harry — “It is not enough to just survive something. That’s not the point of life. You’ve got to thrive and feel happy.”

She knew it was time to open up

Meghan explained why she had decided to be open about the struggles she was going through, explaining that ignoring her emotions had a toxic effect on her.

“I really tried to adopt this British sensibility of a stiff upper lip. I tried, I really tried. But I think what that does internally is probably really damaging.”

Admittedly, all this struggle must be contextualized within Meghan’s position of privilege, wealth and fame– that’s where the scrutiny stems from.

Meghan acknowledged this, explaining: “When people are saying things that are just untrue, and they are being told they are untrue but they are allowed to still say them, I don’t know anybody in the world who would feel that’s okay and that is different from just scrutiny.”

Things certainly haven’t been easy for the exceptionally private couple. The Duchess of Sussex even took legal action against tabloids over what Harry called a “ruthless campaign” to smear Meghan.

“Unfortunately, my wife has become one of the latest victims of a British tabloid press that wages campaigns against individuals with no thought to the consequences,” Harry wrote in a statement explaining their actions.

Top of his mind after his wife and son’s safety was the media situation that led to his late mother’s tragic death.

My deepest fear is history repeating itself.

“I’ve seen what happens when someone I love is commoditized to the point that they are no longer treated or seen as a real person. I lost my mother and now I watch my wife falling victim to the same powerful forces,” he said.

Prince Harry was, of course, talking about his mother, Princess Diana, who was notoriously hounded by the media and ultimately died young, in a Paris tunnel, while being chased by paparazzi.

Princess Diana is still their inspiration

Harry also touched on this scary issue during that same documentary, saying that being in Africa, a place close to Princess Diana’s heart, both makes him feel closer to her and makes him feel the pain in bigger ways.

None of that stops Harry and Meghan from taking the time to do good in the world. Their charity work in Africa is varied, including the HALO Trust, which Princess Diana championed during her days as a philanthropist.

“Being here now 22 years later, trying to finish what she started will be incredibly emotional. But everything that I do reminds me of her,” he continued. “But as I said — with the role, with the job and sort of the pressures that come with that — I get reminded of the bad stuff.”

The prince shared that he and Meghan have “continued to put on a brave face – as so many of you can relate to – I cannot begin to describe how painful it has been.”

Meghan’s powerful lesson to us all

Since the airing of the documentary, Meghan has received an outpouring of support. However, in her short time with the royal family, every every aspect of her life, from how she dressed to how she presented her new baby to the public, has been ripped to shreds.

Meghan and Harry’s confessions are a powerful reminder to show people that they are valued and respected and appreciated before you break them down and destroy what should be a really happy and beautiful moment in their life.

No one knows the trouble a person is going through until they have walked in their shoes. And yes, Meghan is a royal, and has wealth and fame. That doesn’t mean she’s also not going through an awful lot all at once.

Her bravery in opening up despite the criticisms she receives is a powerful reminder that we are all human– we all feel.

At the end of the day, treat everyone how you want to be treated. Never judge what you do not understand just to jump on a bandwagon of critics. And never let the criticism of others get in your way of doing good in this world.