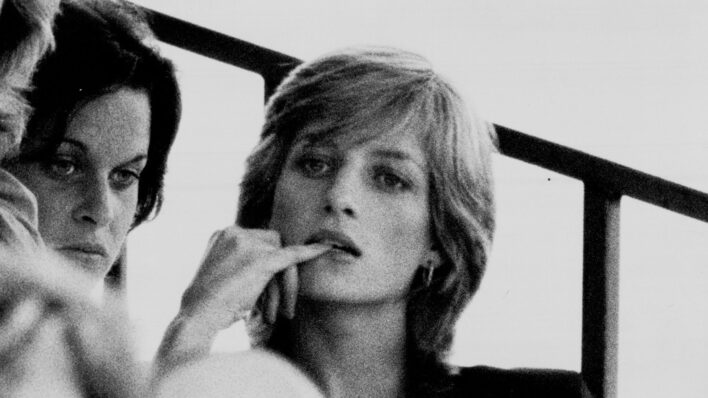 How Princess Diana Broke All the Rules — and Changed the World

Princess Diana used her platform and privilege in unexpected ways, completely changing the expectations of the wealthy and famous to give back to those in need.
By Aly Walansky    August 28, 2019

Princess Diana used her platform and privilege in unexpected ways, completely changing the expectations of the wealthy and famous to give back to those in need.

With the anniversary of Princess Diana’s death upon us, it’s a poignant time to look back at the important role she played in society and the royal family.

She wasn’t just the former wife of a future king (and mother of the next king) and a style icon. She was a woman who used her fame and status and access to make a difference in the world, and ushered in a generation of celebrity philanthropy.

She could have been known for her pretty dresses and regal wave. She had all that, but she also knew her platform gave her the opportunity to facilitate real change. Her refusal to be boxed in to those traditional “royal” roles of the past created a world where celebrities and the wealthy are now expected to use their wealth and access to make a difference wherever and however they can.

The British royal family has fascinated millions for as far back as the mind can remember, but they were always known as being steeped in privilege and a touch stuffy. Smiling and waving was about as emotive as you expected a royal to get — especially a senior member of the royal family.

But she saw an opportunity

She wanted to bring the royal family to get closer to the people they represented, and really connect with them.

“I would like a monarchy that has more contact with its people,” Diana said in an interview with BBC in 1995.

It was a desire she made into a reality. She was at one point or another — during and after her marriage to Prince Charles — a patron of over 100 different charities and humanitarian causes.

She wasn’t only willing to get close to people and talk to them and hear what their fears and needs and concerns, however.

She was willing to put herself at risk

She visited Angola in 1997 to support anti-landmine activists, risking her own safety to help those in need.

“I’d read the statistics that Angola has the highest percentage of amputees anywhere in the world,” she said in a BBC Heart of the Matter documentary. “That one person in every 333 had lost a limb, most of them through land mine explosions. But that hadn’t prepared me for reality.”

In a beautiful tribute to his mom and continuation of her legacy, Princess Diana’s son, Prince Harry has carried on this legacy and is now patron of a landmine charity, The HALO Trust.

The handshake heard ’round the world

Princess Diana also did incredible humanitarian work with the AIDS crisis at a time when little publicly was known about this terrible illness.

In the 1980s, there was a lot of misinformation about HIV and AIDS, and people feared touching anyone with the virus. The princess made sure to bew photographed shaking hands with HIV-positive patients at a hospital in London in 1987, not wearing gloves. It was an important moment in awareness and compassion at a time that the stigma was at its worst.

Many years later, Gavin Hart of the National AIDS Trust shared with the BBC that Diana helped in a big way to remove the stigma of AIDS: “In our opinion she was the foremost ambassador for AIDS awareness on the planet and no one can fill her shoes in terms of the work she did.”

Diana similarly compassionate in combatting the stigma regarding leprosy. She was a patron of The Leprosy Mission and traveled the world spending a lot of time with patients.

It has always been my concern to touch people with leprosy, trying to show in a simple action that they are not reviled, nor are we repulsed.

Diana similarly visited homeless shelters in and around London, and made sure to take her sons, Prince William and Prince Harry, along with her so they could see shelters and understand that not everyone lived the sort of life they enjoyed.

“My mother introduced that sort of area to me a long time ago. It was a real eye-opener and I am very glad she did. It has been something I have held close to me for a long time,” Prince William later told The Telegraph, in relation to his own work with the homeless — a continuation of his late mom’s legacy.

“Diana was the first member of the royal family to do this,” said Ingrid Seward, editor of Majesty magazine. “The royal family used to say that everyone had to be deferential to them. But Diana said, ‘If someone might be nervous of you or you’re speaking to a very young child or a sick person, get yourself on their level.'”

Princess Diana reached out to people on all parts of the human spectrum, from children to the elderly, poor to the sick, and still made time to be an active mother to her sons – another facet of her personality not often seen with royals until that time.

Her legacy of charity continues, both through her sons and their wives, and through the charitable foundation The Princess Diana Memorial Fund, begun out of donations at the time of her death, and that have continued for the years since.

She rebelled in an unconventional way

She was rebellious against stale convention, putting family before royal duties, and being a mom before being a celebrity. She taught her boys to be normal kids, by taking the boys for meals at McDonald’s and riding public transit. By letting them act like normal kids, they also were better able to relate to the needs of normal children.

She was honest and frank with the press, even when uncomfortable – about her own struggles with eating disorders, suicidal thoughts, mental health, and marital problems, and that helped to inspire generations of women going through the same, and knowing they were not alone.

Her sons since have done their own work in mental health. Prince Harry and Prince William, as well as Duchess Meghan and Duchess Kate have since created Heads Together, inspired by Princess Diana. The organization works to destigmatize mental health struggles.

Her overall effect on charity is probably more significant than any other person’s in the 20th century.

That’s an established fact – but she also changed the world forever, in a powerfully impactful way that’s still being realized.

Now as we see Harry and William and their wives continue her legacy, it’s a constant reminder of just how much people are capable of when they refuse to be boxed in by what history and decorum expects of them, and they decide to use their connections and influence and resources for the good of the world.

Princess Diana saw this, her sons see it too, and maybe, in our own special way, all of us can see it and apply it to our own lives as well.