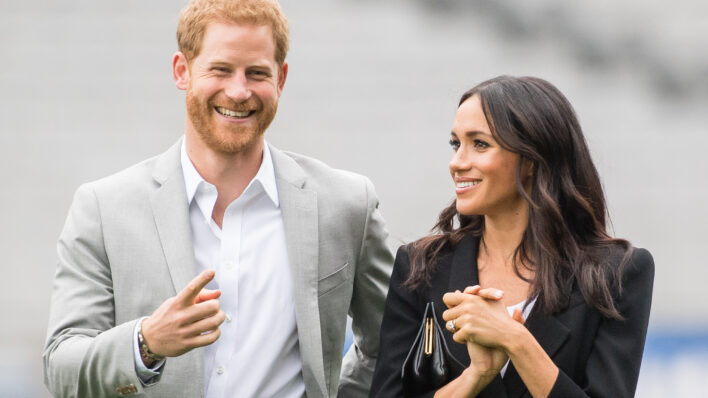 Prince Harry, the roguish, red-haired royal, has been front and center of the limelight lately for the many changes in
By Lindsay Tigar    July 4, 2019

Prince Harry, the roguish, red-haired royal, has been front and center of the limelight lately for the many changes in his personal life. A newlywed of a year to American-born actress Meghan Markle and a new dad to an infant heir, Archie, his once heavily-reported bachelor life has come to an end.

These days, he’s palling around with his family and learning the ropes of parenthood, all while contributing to various causes near-and-dear to his heart. These include, but are not limited to, the HALO Trust, the London Marathon Charitable Trust, and Walking With the Wounded.

Since his marriage, he’s taken on the title of Duke of Sussex, Earl of Dumbarton and Baron Kilkeel, all in the Peerage of the United Kingdom.

Much as Prince Harry’s likes and dislikes are usually speculated by the tabloids, his favorite reads are, well, sort of the same. Based on various reports and experts, these are a few items you might find on his bookshelf.

Here are 4 life-changing books to turn Prince Harry into a dad:

Did you know Prince Harry served three military tours? One in Norway, one in Belize, and a six-month stint in Iraq, as part of the Operation Desert Storm mission. He retired in 2015, but it’s rumored he still abides by some of the principles learned in his training.

That’s why some think Commando Dad, written by an ex-commando and father of three is part of Prince Harry’s collection. It details how to survive the first 24 hours, along with logical and helpful tips, which hopefully has already come in handy for the new papa.

Plus, Prince William was said to use this book when Prince George was born after it was recommended by a friend — so his little bro probably took the advice, too.

My Life In Pieces By Will Kevans

In an interview Prince Harry gave when he visited the Field of Remembrance at Westminster Abbey, he revealed how much he loves comics. And when talking about this series particular, he shared “I might read that.” With his military background, it could resonate with him, since artists depict their own visions of the Battle of Hastings, the fall of Baghdad and other history-making moments. Some of the illustrators served in wars themselves, making that much more touching and riveting. Alongside the creations, you’ll find writings and interviews, giving life to the impactful stories and masterpieces.

Plenty of experts believe Archie Comics are part of the inspiration behind his son’s name, Archie. This legendary, iconic, and long-lasting series is beloved by many worldwide, and if he’s a comic fan, it could make sense that the Duke would pick it up himself.

Considering a friend of Markle’s shared she’s also an Archie Comics fan — perhaps the comic book pages aligned: “She would spend her weekends going to vintage stores to buy the comics. This could be a little nod to her dad. It was him who instilled that hobby into her, that was their activity together. He would drive her around and also surprise her with vintage volumes. She had at least 100. This may be a way to reach out to her dad, even after all that’s happened.”

The Giving Tree by Shel Silverstein

During a rapid-fire question-style interview with the British TV channel Dave, Markle was asked about the books she wanted to share with her son.

Her first pick was this classic from renowned writer, Silverstein. Though this interview was a while ago — even before she met Prince Harry — it’s probably safe to say they have a copy of The Giving Tree in their cottage.

The Gruffalo by Julia Donaldson

Another children’s book? If you’re a new parent, you know how it goes: your life becomes your child’s once you welcome them to the world.

Prince William shared that The Gruffalo was a “big hit”with his kids at home, and it’s speculated he gave his kid brother a copy. You’ll follow along a mouse, a hungry fox, an owl, a snack — and all sorts of creatures in this creative tale.

Are You In Love? Or Is It Limerence? By Ricky Derisz 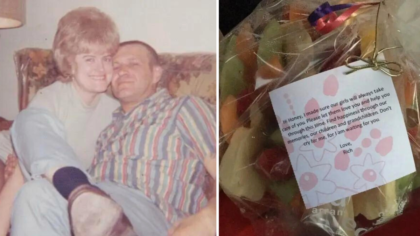 Man Passes Away After 41 Years of Marriage – Days Later, His Heartbroken Wife Receives a Letter From Him Stories