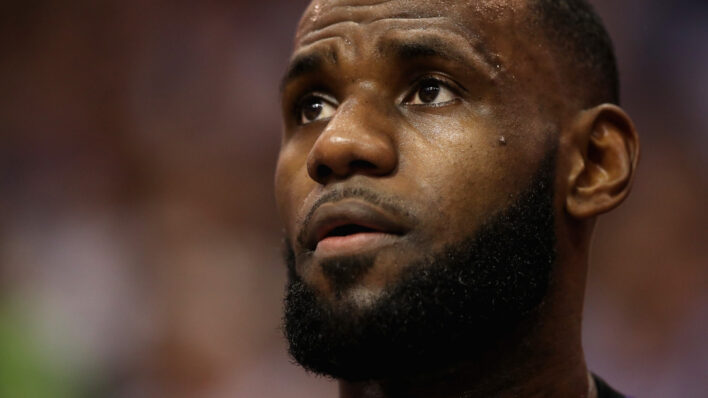 You know him from his master moves on the court among the top successful basketball players of all time. LeBron
By Lindsay Tigar    May 28, 2019

You know him from his master moves on the court among the top successful basketball players of all time. LeBron James not only landed several MVP awards but his plethora of endorsements have accumulated a net worth of $440 million.

Athlete, philanthropist and business mogul, James doesn’t just study up the best plays or practice diligently to perfect his craft — he’s also quite the bookworm. He’s been pictured time and time again reading right before he dives (or dribbles?) into a game, since he finds it as a source of calm and clarity.

From classic, inspiring reads that challenge upward mobility and confidence to best-selling trilogies that spark imagination…

Here are a few secrets from James’ bookshelf

The Alchemist by Paulo Coelho

Maybe when you graduated from high school or college, one of your treasured friends or family members gifted you this easy-peasy read to get you excited for the unknown future ahead. Though The Alchemist is a quick-read, it’s also one of those classics that everyone should read within their lifetime.

For James (who was pictured here paging through it) — it’s a source of happiness and self-fulfilment, wrapped up in a book. He was gifted this iconic creation by Coelho from his athletic trainer and close friend, and it ended up changing his perspective.

As he shared in a podcast: “The whole thing about empowerment of yourself and having your visions become a reality and the more and more that you dream and actually talk about something that you want to do, it can become true. That was one of the one things I got out of it. As complex as that book is and as deep as that book is — it is so, so deep — I was able to figure out a way to translate it to my life…’Oh I can remember when I was the 11-year-old kid and I was telling myself ‘Why me?’ some days and I was always telling myself, ‘OK, let’s change the narrative of why me, why us, why are we put in this position? Let’s change the narrative.’”

Though it’s been a few years since this three-part gem from author Suzanne Collins was dominating conversations and movie theaters, James is a long-time fan.

During a press interview, he referenced how The Hunger Games and the playoffs share similarities, sharing, “It’s like the Hunger Games. We have to see if we can keep going” and “We’ve got to figure out how we can stay alive. I’ll take some rest. Send me down some rest.”

Though James hasn’t outwardly spoken about reading these dystopian fiction books, his knowledge of the plot lines and his thirst for great page-turners makes us think he’s a fan.

The Godfather by Mario Puzo

Perhaps we are noticing a trend with James: finding ways to relate his athletic career to some of the most important literature pieces ever published.

When he was entering TD Garden, he lugged along a copy of The Godfather, and then later described his connection to the book (and movies) to an ESPN reporter who shared the insight: “What he did do was, last night, to settle himself down, he watched The Godfather: Part II. He has taken to watching The Godfather now throughout this postseason. No social media, no SportsCenter, none of that stuff. He’s watching movies. He’s watched The Godfather six times this postseason. He said, ‘Last night it just settled me down.’ It’s about family and so many other things, so that got him into the mood to go bust 41 tonight.”

Before the NBA finals, James was photographed reading through Jay-Z’s autobiography, Decoded. Perhaps it was in pursuit of the thoughtful advice from a fellow all-star, but in music, or because he was searching for his name. As he revealed on an episode of Carpool Karaoke with James Corden, Jay-Z is sort of like his mentor. “Any time Jay says my name, it’s just very humbling. He’s like my big brother, so he takes care of me.”

The Pact: Three Young Men Make a Promise and Fulfill a Dream by Sampson Davis, George Jenkins, and Rameck Hunt

Though he doesn’t exactly shed any light on why he likes this book, James did list it as one of the tomes on his reading list in an interview with Oprah.

The Pact: Three Young Men Make a Promise and Fulfill a Dream chronicles the life of three doctors who grew up in Newark, New Jersey — one of the most dangerous areas surrounding the Big Apple. Not only is it based on a true story, but the critical reviews give major kudos to how it illustrates and depicts the power of friendship.