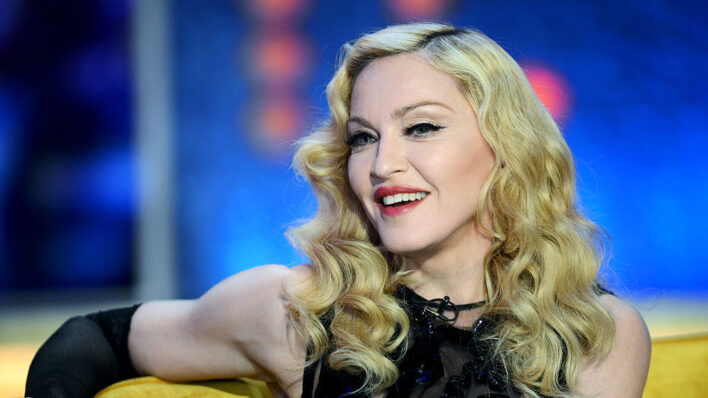 4 Life-Changing Books That Inspired Madonna to be Fearlessly Different

You hear her name — and you instantly hear her voice. Then her face. And then you sigh in admiration
By Lindsay Tigar    June 26, 2019

You hear her name — and you instantly hear her voice. Then her face. And then you sigh in admiration of this legend who has changed the way women are viewed in the music industry.

Madonna has been the “Queen of Pop” since the 1980s, as she’s challenged gender norms and given women permission to be their most authentic selves, with no apologies. In her tenure, she’s sold more than 300 million records worldwide, earning her the title of “The Best-Selling Female Recording Artist Of All Time: by Guinness World Records.

In addition, she was named the second highest-certified female artist in the United States, with 64.5 million album unit, and Billboard deems her the most successful solo artist in its hot 100 chart history. To date, she’s amassed a $1.4 billion fortune from concert tickets. This Rock and Roll Hall of Fame honoree has an estimated net worth of $590 million — and counting since she’s still making music and touring.

When she isn’t performing, wowing audiences, dedicating her time to charitable efforts she believes in, or serving as a mentor, the one-and-only Madonna is also a major fan of… reading!

Though she hasn’t said much about what’s on her bookshelf, she did reveal her favorites to pal Gwyenth Platrow in a Goop newsletter.

Here’s what you can expect from Madonna’s favorite books:

She may be the Material Girl, but one of Madonna’s beloved reads leans more toward the darker side.

In this page-turner set in the 1950s and 60s, you’ll follow the tangled web of Ricard Somocurcio who is in love with — you guessed it — a bad girl. He met her in Lima, Peru in the 1950s, where he knew her as Lily before he she disappeared. They meet again in Paris, where she’s married to a wealthy Englishman. Their paths cross again in Tokyo, where she’s the mistress of a Japanese businessman. Even though she doesn’t treat him well, he can’t get enough of her.

Find out what happens with this lifelong romance that teeters on the side of obsession.

It seems as if Madonna has a taste for mystery since this debut novel from Gregory David Roberts makes her list.

Shantaram is set in the darker side of modern Bombay, where a man who was convicted with a fake passport manages to escape a maximum security prison. A faithful friend is by his side throughout the adventure, and they come across the underbelly of the destination, meeting prostitutes, soldiers, actors, gangsters, and more. As the police try to find him, he lives in the worst possible conditions as an apprentice for the mafia, taking him through war, torture, murder and lots of other gut-wrenching experiences. Along the way, two characters help him to freedom.

Like Madonna, you won’t be able to put this down since, hey, it’s based on the life of the author himself.

You’ve probably cried in the movie portrayal of this untraditional love story but have you paged through the book? Madonna thinks you should, since it makes her must-reads.

In The Time Traveler’s Wife, you’ll follow Henry and Claire who fall in love throughout various stages in their lives, thanks to Henry’s ability to time travel. It’s an impossible relationship from day one but love doesn’t ask questions — it only demands you to feel the same.

Just try not to cry as you obsess over every last page.

In an interview with Harper’s Bazaar, Madonna shared: “I am building schools for girls in Islamic countries and studying the Holy Quran. I think it is important to study all the holy books.”

Though she hasn’t outwardly said she’s read it herself, she finds to to be one of the most influential books in the history of literature.