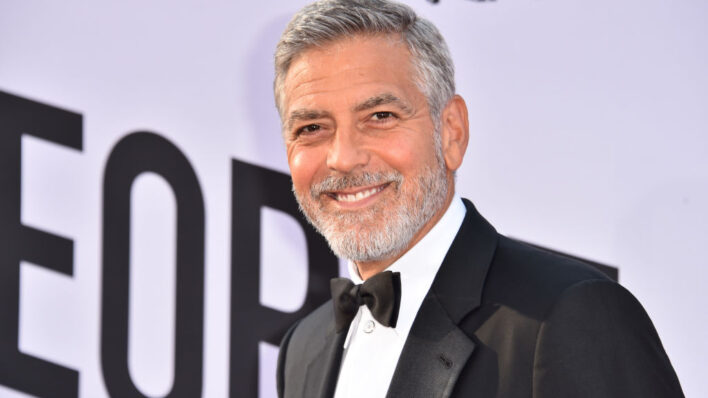 4 Life-Changing Books That Inspire George Clooney to Challenge Himself

He’s America’s sweetheart — and the dream guy for plenty of people. Sadly, he’s taken. George Clooney is one of
By Lindsay Tigar    May 31, 2019

He’s America’s sweetheart — and the dream guy for plenty of people. Sadly, he’s taken. George Clooney is one of those legends who will forever be known for his acting abilities and his charm.

The winner of two Oscars, three Golden Globes, and the AFI Lifetime Achievement Award, Clooney has come along way since his breakthrough performance in ER. He’s been listed on the Time 100 as one of the most influential people in the world, and he uses his fame to make a difference, as a United Nations Messenger of Peace and a member of the Council on Foreign Relations.

As if that’s not swoon-worthy enough, we have a reason to admire him even more: he’s a serious reader.

Though he hasn’t released a quote or a reason on why he loved this book, Clooney’s film company, Smokehouse Pictures produced a movie based on Tangerine By Christine Mangan.

The film, starring Scarlett Johansson has yet to be released, but will describe the relationship between two friends. The idea is that while one is moving forward with her life, the other is stagnant, and they haven’t spoken in a year. It leads to — you guessed it — plenty of drama and a major lesson in female friendships.

Considering Clooney’s a recent father to a 2-year-old daughter, perhaps this subject has been on his mind!

The American Century by Harold Evans

Though it isn’t clear what attracted Clooney to this best-seller, he was spotted lugging it around beside his wife Amal, a celebrated human rights lawyer.

The American Century is a time-commitment of a book, considering it entails hundreds of years of surveys all meant to better understand the concept of the American Dream. Given that Clooney is living proof that upward mobility and success is a possibility, it could be his interest in helping others that propelled him to learn more about the state of society.

The Monuments Men by Robert M. Edsel with Bret Witter

The Monuments Men is yet another book that Clooney made into a movie.

He spoke with Collider about what motivated him to bring the pages to the big screen: “We wanted to make an entertaining film. We liked the story. We were not all that familiar with the actual story which is rare for a World War II film. Usually you think you know all the stories. And we wanted it to be accessible. We liked all those John Sturges films. We thought it was sort of a mix between Kelly’s Heroes and The Train,and we wanted to talk about a very serious subject that’s ongoing still. We also wanted to make it entertaining. That was the goal.”

If you’re a history buff, you may like this read, since it details Adolf Hitler’s armies that were seeking and stealing the finest art treasures in Europe in the midst of a human rights catastrophe. It’s a captivating read — and one that will introduce you to part of World War II you likely didn’t know about.

According to The Hollywood Reporter, when former President of Paramount Television Amy Powell took over in 2013, she stumbled upon some books that she wanted to adapt into TV series. Buried in the box was this best-seller and cult classic that happens to be George Clooney’s favorite book.

Clooney co-directed the Catch-22 miniseries for Hulu, which he described as something he’s extremely proud of. He also requested the role of the buffoonish Col, which he naturally got.

In case you haven’t read this Joseph Heller classic, the satirical novel is set during World War II in Italy, and follows the struggles of a young soldier named Yossarian in an absurd world.