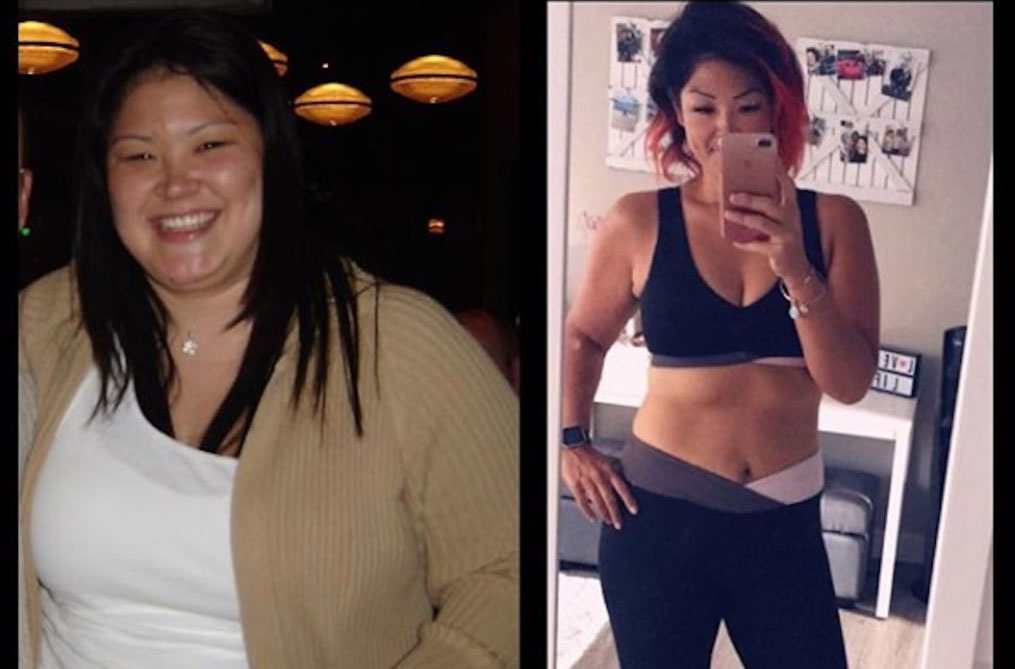 Like many, Kristina Schneider struggled with her weight throughout college, but after attending her 10-year high school reunion, she decided she had enough.

“It became apparent to me that the typical attempts at dieting resulted in a lot of yo-yo dieting and that was doing more damage on my body,” Schneider told POPSUGAR.

She played basketball in high school, which kept her in shape but once she went off to college, things started to change. During that time, she gained 100 pounds.

Throughout her 20s and after graduating college, Schneider began making efforts to try and lose weight.

She tried a number of diets, some of them more drastic than others, but she always found herself falling back on old habits, and gaining the weight she’d lost, back again.

But her 2009 high school reunion was an eye-opener and got her thinking about her health more seriously.

“I felt horrible and was completely embarrassed and ashamed. It was then that I knew I needed to do something and that this something had to be permanent,” she remembered.

How she made good on that promise

After many attempts at losing weight, Schneider started WW in 2008, and while she was able to lose some weight, she eventually gained it all back.

“My journey was certainly never linear. It’s been a roller coaster ride of ups and downs,” said Schneider.

Cutting out foods from her diet wasn’t working for her: “I would always find myself missing them and then binging hardcore on them, which would spiral me in the other direction.”

But then in 2009, she decided to give WW another try and this time, it stuck.

“What I loved about WW was that it did not feel like a diet to me unlike many of the other programs I had tried. It really taught me how to find that healthy balance you hear about.”

She turned back time by getting active

At first, she didn’t work out at all — she decided to ease into her weight loss process and started off by taking walks. After a while, her friends began encouraging her to try out different activities, so she started incorporating different types of workouts into her routine.

She says she’s in better shape these days than she ever was in high school, and she’s returned to the basketball court.

Over a 10 year period, she’s lost 105 pounds and has been able to maintain her weight loss by staying accountable and committing to never give up on herself ever again.

For Schneider, being able to travel with ease has been a huge bonus. “Between walking around and lugging your stuff through the airport, I would be out of breath and hot and sweaty by the time I got to the gate,” she explained.” But, that doesn’t happen anymore.

More than anything, she’s proud to have earned back the confidence she had lost.

“The biggest nonscale victory for me along this journey is a renewed sense of confidence, happiness, and a bright and bubbly personality,” Kristina said. “I want to go out and have fun with people. I want to take selfies and be in pictures.”

I want to live life to the fullest.