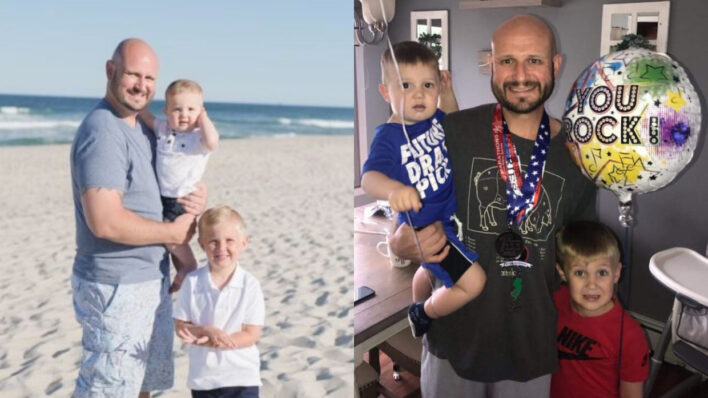 For Sean Hennessy, sobriety led to weight gain– until he fell in love with running. Hennessy, a former lacrosse player,
By MJ Kelly    November 8, 2019

For Sean Hennessy, sobriety led to weight gain– until he fell in love with running. Hennessy, a former lacrosse player,

For Sean Hennessy, sobriety led to weight gain– until he fell in love with running.

Hennessy, a former lacrosse player, was 16 years old when he began abusing drugs and alcohol.

Growing up, he was always athletic. He started playing soccer early on, then switched to lacrosse, which earned him a college scholarship.

Henessey ran to stay in shape, but sports were his passion

On the outside, Hennessy appeared to be thriving, but he was still struggling with substance abuse.

He was 26 when he finally decided to get clean. For Hennessy, that meant redirecting his motivation for sports into staying sober.

I began to value my mental health more than my physical

Hennessy told Men’s Health, “Poor eating habits and a lack of physical activity led to a quick weight gain of 30-plus pounds.”

At the time, he weighed over 200 pounds and over the next decade he was able to stay sober, but his weight slowly kept creeping up.

“Any definition I had in my stomach, back, sides, legs, and shoulders was gone,” he said.

Up until then, he’d attempted to keep his weight under control through a combination of running and crash dieting, but quickly found out that it wasn’t the right approach.

In the summer of 2018, Hennessy reached 245 pounds and the extra weight started taking a toll on him.

He had trouble keeping up with son, he wasn’t getting proper sleep and experienced the horrible pain of a gout attack.

The moment of realization

It was when he looked down at the scale during a doctor’s visit that summer, that he realized he had to make some changes to his lifestyle.

After years of mistreating his body and having no interest in weight lifting, Hennessy immersed himself into running.

Along with adopting a daily running routine in August 2018, he cleaned up his diet by eliminating soda, fast food, and sweets.

His wife has been on her own transformation journey and not only is he proud of her weight loss, but her success motivates him to keep going.

Now, he’s just happy to be able to watch his two sons grow up.

Running has been instrumental to my recovery over the years

This year marked 11 years of sobriety for Hennessy, and he celebrated earlier this month by completing the New York City Marathon.

“I smile every time I see I have set a new personal best on the app I use to track my runs,” he said, “and can’t wait to see my family when I complete that race.”