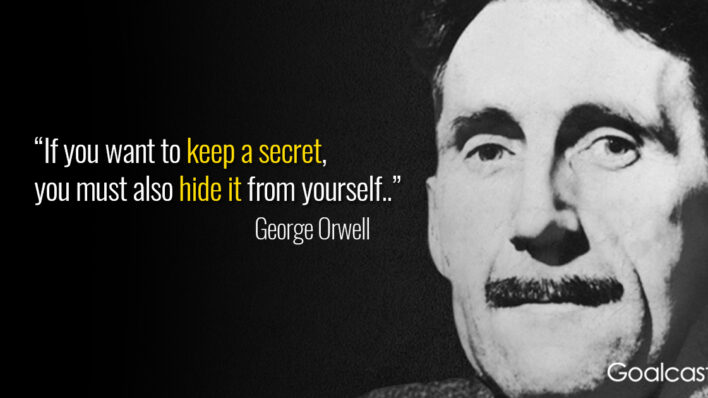 22 George Orwell Quotes to Make You Stop and Think

George Orwell was an English novelist, essayist, journalist and critic. He was a man of strong opinions who wrote on
By Flavia Medrut    January 19, 2018

George Orwell was an English novelist, essayist, journalist and critic. He was a man of strong opinions who wrote on some major topics related to the political views and movements of his times.

His best known novels are Animal Farm and Nineteen Eighty-Four. Unfortunately, he didn’t get to enjoy the success of the last one, as he passed away one year after the book was published. Both novels have been turned into films and have enjoyed incredible popularity.

Orwell’s work had a great impact on popular and political culture. Many of his neologisms entered the language together with the term Orwellian, which describes a situation, idea, or societal condition identified as being destructive to the welfare of a free and open society.

The New York Times ranked Orwell second on a list of “The 50 greatest British writers since 1945” and in 2016, a statue of him was installed in front of the BBC in London.

Orwell had a high moral sense and respect for justice.

Here are 22 George Orwell quotes to make you stop and think: In a time of deceit telling the truth is a revolutionary act.

The most effective way to destroy people is to deny and obliterate their own understanding of their history.

If liberty means anything at all, it means the right to tell people what they do not want to hear. The essence of being human is that one does not seek perfection.

People sleep peaceably in their beds at night only because rough men stand ready to do violence on their behalf.

On the whole human beings want to be good, but not too good, and not quite all the time.

Men can only be happy when they do not assume that the object of life is happiness.

To see what is in front of one’s nose needs a constant struggle.

Man is the only creature that consumes without producing. A people that elect corrupt politicians, imposters, thieves and traitors are not victims, but accomplices.

The distinguishing mark of man is the hand, the instrument with which he does all his mischief.