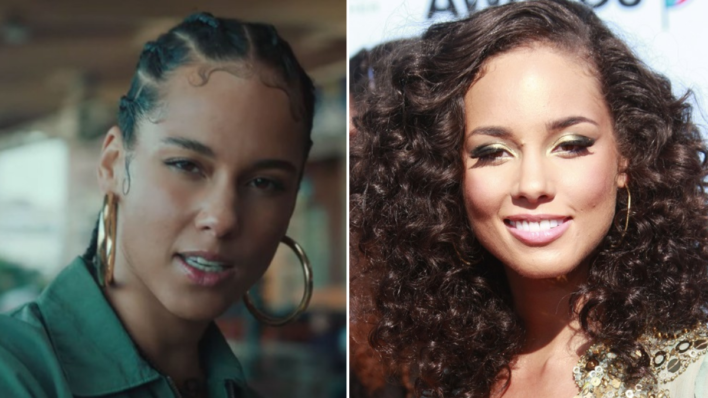 Alicia Keys received a lot of support when it came to her decision of not wearing make up. Why have people started going back on their words?
By Shaoni Das    June 22, 2021

Alicia Keys received a lot of support when it came to her decision of not wearing make up. Why have people started going back on their words?

Make-up is a device that women — and men, as a matter of fact — have been leveraging, in some form or the other, for hundreds of years to enhance their self-esteem. Its widespread use across a range of societies and generations underscores the extent to which the feminine beauty ideal has devoured our culture. It’s up to every woman to keep upholding it to maintain her perceived physical attractiveness and social status.

This is why Alicia Keys caused quite a stir a couple of years back when she announced her intention to stop wearing makeup indefinitely. Her decision received unanimous acclaim and support; after all, the industry is dominated by unrealistic, harmful depictions of beauty that only serve to control and misguide the masses.

To see a public figure wholeheartedly embrace her natural beauty is a wonderful phenomenon any which way you look at it. However, as the years went on, the public turned, and an unexpected backlash emerged against Alicia’s no-makeup policy.

So what exactly happened, and why did Alicia change course on her views regarding makeup?

Alicia received backlash for partnering with a makeup brand

In August of 2020, Alicia announced that she was partnering up with e.l.f Cosmetics to launch her own beauty brand, Keys Soulcare. In a press release, e.l.f Cosmetics described the project as an evolution of the singer’s “passion for bringing light into the world.” They confirmed that the offerings would be “skin-loving, dermatologist-developed, cruelty-free,” but failed to elaborate on the precise array of goods included within the collection.

Insider reported that e.l.f. “declined to comment when asked if Keys’ collaboration brand will feature makeup, skin-care items, or both.” Given how e.l.f is traditionally associated with makeup and cosmetic merchandise, many across the internet assumed that Alicia was essentially betraying her principles to make more money; that it was hypocritical of her to embrace her natural beauty so publicly and then go back on her word by partnering with one of the leading makeup companies in the area.

Others accused Alicia of dabbling in a sphere in which she had no expertise, comparing her against the likes of Rihanna and Kylie Jenner, who many consider to be the foremost authorities on this subject. Alicia Keys, on the other hand, had built a reputation out of advocating for one’s inherent self and not having to rely on cosmetic materials to get through daily life.

The skeptics were somewhat proven wrong, as it was reported that Keys Soulcare line only includes products pertaining to skincare, body care, and lifestyle — not makeup, as people had feared. As per the website, Keys Soulcare focuses on the “power of serious skincare and soul-nurturing rituals,” which are heavily influenced by Alicia’s own journey with skincare.

The revelation that Alicia is promoting skincare, not cosmetics, is a critical distinction, as it demonstrates that it’s all too common to lump them together in the same ‘vain’ category. Admittedly, they both represent the feminine beauty ideal and reinforce the rigid pressures of having to wipe out your ‘imperfections’ in favor of presenting a manufactured, flawless look; yet, makeup is usually perceived as a quick fix solution to address your pressing concerns, whereas skincare is a practice designed to carry out permanent changes to your body over a more extended period of time.

The fact that makeup is considered the more ‘artificial’ out of the two speaks to a reasonably hypocritical sentiment in and of itself. Just because you’re rouging your cheeks or darkening your eyelashes doesn’t necessarily mean that you’re disowning your identity and opting for a more glamorous persona; it’s just a fashion choice akin to wearing a bright-colored dress or wearing your hair a certain way. Similarly, skincare and many of its intents — antiageing, for example — defy natural order, too. Some would argue that skincare, body care, and some of the most essential personal hygiene routines of our times violate what nature had ‘intended’ for us. Nearly every innovation in modern civilization requires a chemical formulation of some kind, so why is makeup — a temporary transformation for the face— seen as the ultimate evil?

Alicia Keys’ decision to ditch makeup was a commendable one that moved the needle closer towards self-love and acceptance across the board. Yet her full-fledged support for skincare, and the backlash it triggered, speaks to how women’s choices are still being questioned at every instance.

Whether or not you’re sporting makeup shouldn’t have to define your personality in the least. In fact, its most prominent attribute is that it’s temporary, so you can completely pick and choose to what extent you’d like to wear it. However, Alicia Keys realized in 2016 that she had become “addicted” to makeup in that she couldn’t function without it. It became a dangerous crutch that jeopardized her social behavior, and she realized that she “didn’t feel comfortable without it.”

Alicia had picked up the practice in her adolescent years and had clung to it obsessively through her twenties and thirties. The dependency becomes infinitely more severe as a celebrity, as she’s expected to look impeccable in every single situation imaginable. There’s no room to be your ‘imperfect’ self, and when led by a heavyhanded management team, you’re pushed to showcase looks that are either breaking barriers or fulfilling a specific image, not those that encapsulate your genuine personality. Alicia said that she’d been coerced on more than a few occasions to wear “dressy things,” yet she maintains that she’ll never be that person. Yes, of course, she is growing and learning to feel “comfortable in multiple ways and styles,” but that doesn’t mean that anyone has the right to tell her what to wear, and when to wear it.

In recent months, the Falling singer has softened on her makeup-free position, stressing that the preference should be hers and hers only, and that she’s well within her right to change her mind depending on her needs and wants.

So what is makeup? An artistic form of expression or the most arrogant display of deception? A necessity you must bear at all times, or a vehicle for self-empowerment and confidence?

It truly depends from person to person, but there’s still value in examining the problematic conversations surrounding makeup. There’s no doubt that makeup can deliver heaps of confidence and power to the person wearing it, but is it just as temporary? Furthermore, how often do we have to turn to cosmetics to achieve this feeling of confidence?

Being ‘perfect’ is a moving target; be yourself instead

Makeup can seem like a minefield, but the choice is always going to be yours. Yet, you have to understand it’s not going to singlehandedly expunge your insecurities, as those will emerge and disappear based on your makeup routine. To achieve inner peace with yourself, you must go the longer route and gain an appreciation for who you are in the flesh.

No amount of makeup, skincare, and plastic surgery is going to create genuine self-love; it’s a journey you’ll have to take thoughtfully and patiently, and learn how to live and love your so-called ‘imperfections’. The acne scars, the dark spots, the wrinkles will never cease to exist; the feminine beauty ideal is a moving target that you’ll never be able to accomplish in its entirety. The nature of insecurities will always leave you fixated on one flaw or the other, so instead of turning to cosmetics to assuage those pains, it’s best to admit that you’re not going to be perfect all the time, and that it’s better to be yourself than constantly strive to be someone else.