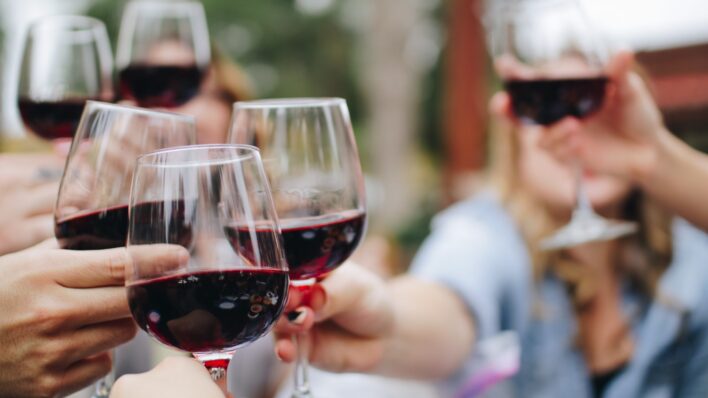 There was a recent study that revealed drinking in moderation isn’t as OK for us as we’d like to think:
By Aly Walansky    October 11, 2018

There was a recent study that revealed drinking in moderation isn’t as OK for us as we’d like to think: in fact, it seems there is no safe amount of alcohol, and to that end, this month there is a campaign called Sober for October. It seems that giving up alcohol for even one month can have major effects on someone’s health. This includes lowering blood pressure and better sleep quality.

“Your liver will be helped too but how much will depend on how much damage has already been done due to alcohol,” Fiona Sim, a former physician, told The Evening Standard. As most of us know, alcohol is a depressant. So while we may drink to feel a “buzz” and forget our troubles, it doesn’t make us feel too good in the long-term, and in fact, drinking, says Sim, has been linked to self-harm (even suicide) and memory loss.

“After a heavy drinking session, you may not remember anything about the night before, but with long term drinking, that memory loss can be more serious,” Sim said.

Of course, this isn’t long term always, but it can be. “When you stop drinking, your risks are reduced but if the damage has already been done to your brain cells, not all the harm can be reversed.”

“For both men and women, alcohol can reduce fertility, so particularly if you are both heavy drinkers, it may be more difficult to conceive,” she added.

It also can impact how we deal with other people. “As far as relationships are concerned, drinking heavily can lead to bad mood swings and aggression, an important catalyst for domestic violence. So all in all, going sober has a lot to commend it in the realms of significant relationships.”

Other benefits of  giving up drinking for a while include better skin, weight loss, decreased risk of some cancers, fewer migraines, and even saving some money (cocktails are costly!).

While cutting back on alcohol is great for your wellbeing, the immediate positive effects may not be obvious right away. Heavy drinkers may experience withdrawal symptoms like shaking, headaches, and nausea — so take it slow.