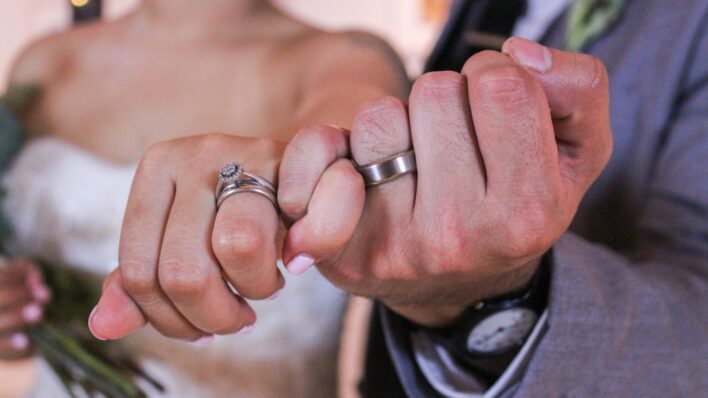 As the pandemic has grabbed our attention, another crisis continues in the Mediterranean. Thousands of families fleeing hunger, persecution and
By Joel Balsam    November 25, 2020

As the pandemic has grabbed our attention, another crisis continues in the Mediterranean. Thousands of families fleeing hunger, persecution and conflict stuff their most precious belongings in a backpack and set sail for a better life in Europe.

Tragically, many don’t make it – 945 migrants have died in the Mediterranean Sea, according to the International Organization for Migration.

But when one couple’s boat capsized and all hope appeared to be lost, the impossible happened. The couple, both in their early twenties, recovered their belongings in a heartwarming story that shows miracles still exist.

A boat left from Libya on its way to Italy carrying 20 men, women and children. But sadly, it didn’t get far. “They were at sea for 48 hours when the boat capsized, all of them ended up in the water,” said Ahmad Al Rousan, a cultural mediator for Doctors Without Borders (MSF) in Italy, to CNN.

Fifteen passengers were rescued, but five died, including a little girl.

A few weeks later, maritime rescue non-governmental organization Open Arms spotted a half-sunken boat adrift in the Mediterranean. On it, they found a red backpack covered in tiny sea critters. Inside, there were a couple of shirts, a pair of shoes and a phone charger. They also found two wedding rings with the names Ahmed and Doudou inscribed on them.

“In the first moments, we thought that it probably belonged to someone that was dead or lost in the trip,” said Riccardo Gatti, the president of Open Arms Italy, to CNN.

“The significance and the meaning of what this was like ‘Wow … here’s something that really belonged to someone and we do not know where they are or if they still are’.”

Rescuers often find belongings lost at sea by the many who don’t make it across – it’s just one of the many grim parts of the job. Rarely, if ever, do they find the owners of the belongings, but Open Arms thought they’d try anyway.

“When (Open Arms) contacted us, I told them it was impossible to find the owners,” said Al Rousan of MSF. But they wouldn’t listen and posted pictures of the bag on Facebook.

The post was shared widely. Miraculously, an Algerian couple in their early twenties named Ahmed and Doudou got wind of it. They immediately reached out about their lost backpack.

When Ahmed called MSF, Al Rousan asked him what was in the backpack to verify it was really his. Ahmed went onto explain the exact contents of the bag as not all of its items were shared on social media – proving the bag was his.

He also revealed that the rings were in the bag as they were “a little bit broken” and they wanted to get them fixed when they managed to make it Europe.

“He told me he was really happy to see the photo and he was very emotional about the rings, but he’s still in shock and said ‘I keep thinking about the five people who lost their lives in front of us.”

Open Arms has since cleaned the sea creatures off the backpack and plan to send it to its owners as their COVID-19 quarantine is over.

Life has its many challenges – for Ahmed and Doudou that is true to the umpteenth extent after their near-death experience at sea. But life also has a way of giving us glimmers of hope.

This heartwarming story shows us that when tragedy strikes, when we fail or lose things that are important to us, it’s still possible to experience joy — and even miracles — afterwards.

Hopefully, the good news will continue for Ahmed and Doudou as their difficult journey continues.