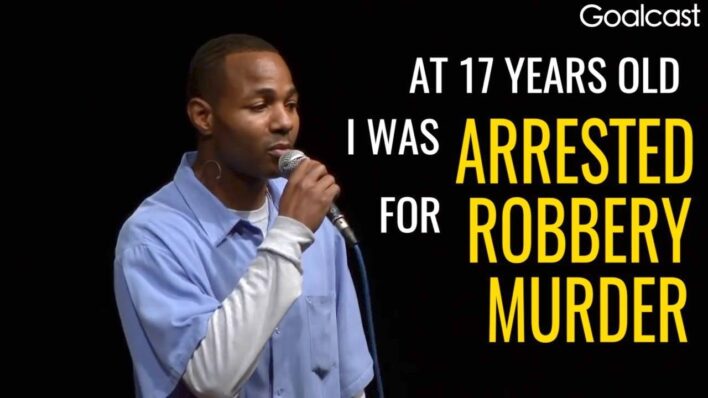 Curtis “Wall Street” Carroll discusses his rough upbringing and murder conviction, and shares his fateful decision to take control of his destiny by learning to read and helping others.

“At 17 years old I was arrested for robbery/murder. Nobody ever told me that I could be a lawyer, doctor or engineer. How was I supposed to do that? I couldn’t read, write, or spell. I was illiterate, so I always thought, ‘Crime was my way to go.’ The reality was, was that I was growing up in the strongest financial nation in the world, the United States of America, while I watch my mother stand in line at a blood bank to sell her blood for $40, just to try to feed her kids.

“I was trapped in the cage, prey among predators, fighting for freedom I never had. I was lost, tired, and I was out of options. So at 20 years old, I did the hardest thing I’d ever done in my life. I picked up a book, and it was the most agonizing time of my life, trying to learn how to read — the ostracism from my family, the homies. It was rough man, it was a struggle.

“Well, little did I know, I was receiving the greatest gifts I’d ever dreamed of, self-worth, knowledge, discipline. I was so excited to be reading that I read everything I could get my hands on, candy wrappers, clothing logos, street signs, everything. I was just reading stuff, just reading stuff. I was so excited to know how to read and know how to spell. I soon learned that I had to take responsibility for my own actions. True, I grew up in a very complex environment, but I chose to commit crimes, and I had to own up to that. I had to take responsibility for that and I did. I now had an obligation to meet those on the path and help.”