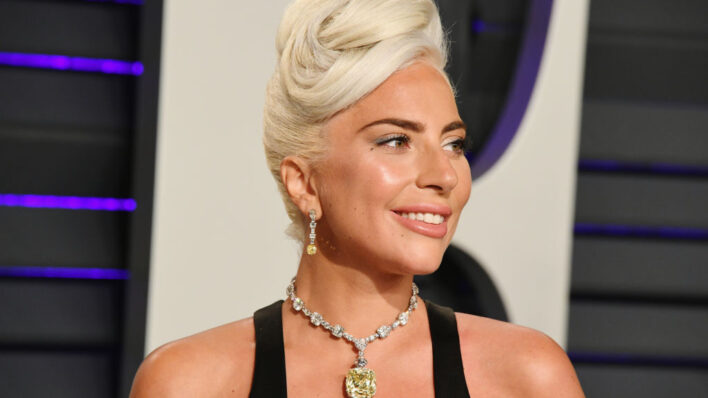 5 Daily Habits to Steal from Lady Gaga, Including the Creative ‘Healer’ She Swears By

Born Stefani Joanne Angelina Germanotta, you know her best as the one-and-only Lady Gaga. This iconic American performer, songwriter and actress has been captivating audiences with her unique approach to music and life. With gorgeous, creative concert stages, Oscar-worthy Hollywood acting and dedicated support of the LGBT community and anti-bullying campaigns, she’s not only talented but kind.

Growing up in New York City proper, she juggled many gigs around the Big Apple, taking advantage of open mic nights and opportunities to study through the legandary Tisch School of the Arts. Like many great success stories, her path to fame was complete with hiccups, including dropping out of school, being dropped by Def Jam and eventually, writing for Sony. This experience introduced her to Akon, who helped her sign a deal and land her first album. ‘Just Dance’ and ‘Poker Face’ quickly jumped the charts — and off she went.

Her still-expanding career has reaped her several Guinness world records, nine Grammy awards, an Oscar, a BAFTA award, two Golden Globes and many others. VH1 and Billboard have shouted her praises, as well as the acting community, for her recent performance in the beloved ‘A Star is Born.’ In addition to professional accolades, she’s also a philanthropist, creating the Born This Way Foundation, named after her hit song, which prevents bullying and raises up teenagers.

With an astounding net worth of $275 million, Lady Gaga lead an inspiring, provocative life. Here, a few rituals she swears by:

1-She’s inspired by “the next”

You know how the saying goes — or at least what your best friend says when you’re hung up on an ex — nothing is waiting for you in the past. Those who are among the happiest and most successful do themselves a favor by never looking in the past, and focusing on today and tomorrow. For Lady Gaga, a deep fountain of inspiration comes from visualizing what’s ahead of her. During an Oprah interview, she shared: “I know it’s there but can I open it? It’s not the same as just writing as song; it’s writing the next. It’s writing the next chapter of whatever lobe is in my brain that’s waiting to be unlocked.”

And though Gaga has been making music for a decade (and counting), she’s often reminded that legends aren’t made overnight and she still has a lengthy career ahead of herself. This, of course, is good news.

“I’ve making music now with Tony Bennett for a couple years. Elton John is one of my closest friends… and his husband David. They’ve just showed me that I’m a baby in my artistry so I have to keep making music and keep going,” she shared during a 95.5 interview.

Even if singing and writing are innate gifts, Gaga is quick to remind aspiring musicians and actors that it doesn’t come without work. In addition to practicing and perfecting your craft, Gaga is a big believer in allowing the you-that-makes-you-you shine through, no matter the naysayers.

“What an artist needs more than discipline or talent is perspective. If you are always changing what you do based on what other people say, you completely lose yourself and become something that’s constantly affected by what’s around you as opposed to stable, and your own, and autonomous in your identity,” she shared on the Elvis Duran Show.

And if you want to earn praise and standing ovations? Gaga knows grit will be the secret sauce that gets you there. “The other way to earn applause is to earn it — hard work, discipline, and rehearsal. That’s the most thrilling way to earn applause. Everything you’ve seen me day, I’ve always rehearsed a lot for it so there’s a lot of passion behind it,” she told CBC News.

Fakin’ it until you make it is part of every entrepreneur’s game, especially if they want to attract attention and build their companies. Though this might require a bit of bravado, it can help keep your mindset positive and your groove strong. If you aren’t exactly a fan of this phrase, consider Gaga’s approach: “I’ve always been famous. It’s just now that everyone knows about it.”

Much like the fine art of manifestation, Gaga saw herself as a success story, and therefore, was able to create the runway that allowed her career to take flight.

“I’ve always felt famous — that’s what my first album was really about that fame comes from inside of you and it’s not something that you obtain,” she shared in Gaga by Gaultier.

4-She doesn’t conform to other’s ideas.

Everyone will have something to say about everything — and if you let them, they could impact how you see yourself. Or how you approach day-to-day life. Or make choices in your career or relationships. For Gaga, taking advice isn’t something she does lightly, but rather, vets whoever is shouting out wisdom.

“‘Only value the opinion of those that you respect. Anyone that you don’t respect, pay no mind to their opinion about you or anyone else,’” she told CNN. “That’s how I live my life. If I worried about everything that everyone said, I would not be a good artist.”

Part of the reason she’s loved by so many is that she refused to be normal, and instead, she took the stage as herself, flaws and all. “I just remember feeling so irritated at the thought that I had to conform to being ‘normal,’ or less of whatever I was already born as. And so I took such radical enjoyment in expressing who I am in the most grandiose of ways.” she shared with Vogue.

“It was sort of like a very polite ‘Fuck off.’ It was never about looking perfect — it was always about just being myself. And I think that’s what it’s always been about for my fans, too. It was a form of protection, and a secret — like a wink from afar. I’m a monster, and you’re a monster too.”

5-She seeks solace in her art.

For anyone who really loves what they do — no matter the industry — work doesn’t quite feel like work. Gaga falls into this category of thinking, calling her music her healer and her addiction, comparing it to heroin in an interview with  Rolling Stone.

“When you work as hard as I do, or you resign your life to something like music or art or writing, you have to commit yourself to this struggle and commit yourself to the pain. And I commit myself to my heartbreak wholeheartedly. It’s something that I will never let go. But that heartbreak, in a way, is my feature. It’s a representation of the process of my work. As artists, we are eternally heartbroken,” she continued.