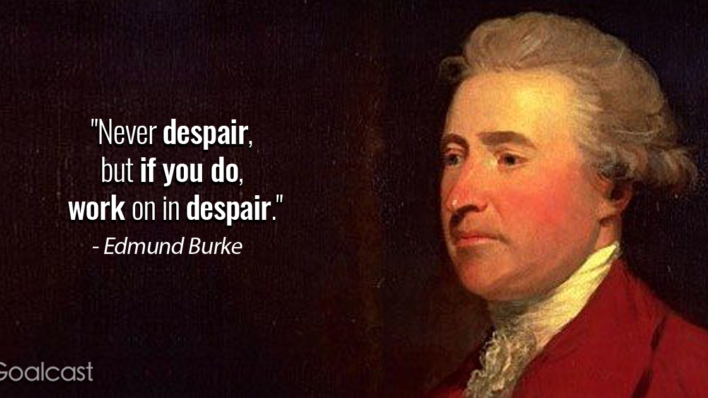 Edmund Burke was an influential Anglo-Irish politician, orator and political thinker, known for publicly expressing his opposition to the French
By Flavia Medrut    May 29, 2019

Edmund Burke was an influential Anglo-Irish politician, orator and political thinker, known for publicly expressing his opposition to the French Revolution.

Born in Dublin in 1729, Burke went to London to study law, but soon gave this up and pursued a literary and political career. He became a member of the parliament in 1765 and had a 30-year career as a political theorist and philosopher.

Later praised by both conservatives and liberals, Burke believed that the government should be a cooperative relationship between rulers and subjects. He also said that most men in a nation are not qualified to govern it, stating that those who are elected to represent the people should possess a greater level of wisdom than the public.

The past is important, but change is inevitable so, in order to keep a balance between the new and the traditionak, society needs to learn how to adapt. Therefore, we should construct civilization by giving weight to our ancestors, but also consider ourselves and the needs of future generations.

One of Burke’s most notable works is Reflections on the Revolution in France, a book that was an immediate success and provoked a huge response.