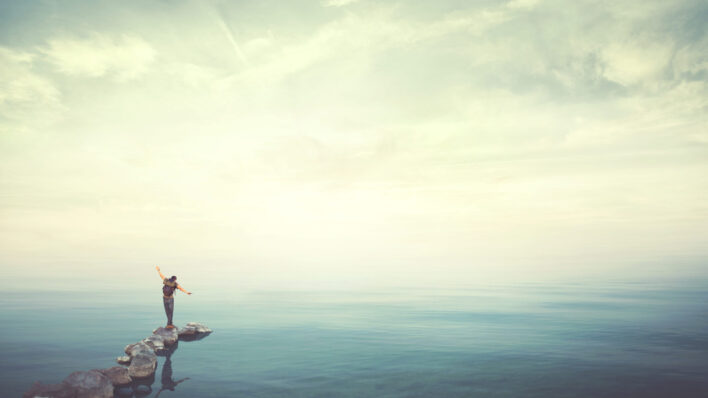 We all are familiar with the saying “Failure is the stepping stone to success.” But how many of us actually
By Lynda Arbon    August 18, 2017

We all are familiar with the saying “Failure is the stepping stone to success.” But how many of us actually

We all are familiar with the saying “Failure is the stepping stone to success.” But how many of us actually take it to heart?

Many of you would agree that failure is an important and inevitable part of life. But once you fail, it becomes difficult to handle and you look for ways to escape from it rather than face it. The most successful people have shown that the secret to success is… having first gone through failures — often many, many failures. The key lies in getting up when you fail and moving forward, no matter what.

Keep reading to find out why you should accept and embrace failure as a precursor to success. 1. Failure is the greatest teacher of life

Failure is considered the best teacher in life. You should never fear your teacher. When you have a “no fear” attitude towards failure, you can easily reach success. Since failure is an unavoidable part of life, there is no use fearing it. You have to face it one day or another.

Though you are not supposed to try something expecting failure, have a mind to accept it and learn from it when something goes wrong. The lessons in life that help you grow the most are those taught by failure. For example, once you have tried something and failed, you know that it should not be done that way, and that there are better ways of attaining success. You’re one step closer to the goal.

2. Failure helps you reach your potential

To bring out the best in you, you must again have a “no fear” attitude towards failure. Try out new things without fear about the outcome in your mind. This is one secret to making the “impossible” possible. With a positive and resolute attitude, you will find strategies that you never knew existed.

It is a fact that failures hurt our ego. Yet there is a positive side to this as well, for once you fail, you tend to look at yourself and your surroundings to question what went wrong. This rarely happens when you succeed and your ego is fed. In these case you’re often more inspired to overlook your flaws or mistakes, and are too blinded by the success to see things squarely and honestly.

Success depends on constant learning and improvement, and on seeking valuable insights and input from others. Failure actually encourages this more than success does, as it has a tendency to humble and ground us. This allows us to gain a better idea of what to change moving forward. Accepting mistakes and learning from them is vital to tasting success the next time around.

4. Failure determines who you are

There are people who take failure personally and give up easily. This encourages stagnation in life. There are others, however, who take it to their heads rather than their hearts, and learn from it instead of letting it get them down. They consider it as a temporary obstacle that can be surmounted with the right attitude.

Though we feel low during times of failure, how we respond tells us a lot about who we are. Most successful people have faced significant failures, gotten up and moved on with life. So never allow yourself to get complacent in life. Take risks and keep on improving yourself, through the highs but especially the lows.

One constant in the lives of successful people is that they learn from their mistakes and use them to help them grow every day. Keeping the above four points in mind will help you take failure in stride, and embrace it as a great teacher and companion on the road to your success.

And remember: if you never taste failure, how could you know the sweetness of success? The more setbacks you face, the more rewarding the success will be when it does arrive. So never be afraid of failure. When met with it, analyze the situation wisely and think about what good you can take from it.

Lynda Arbon is a versatile blogger with diverse interests ranging from health and society to business writing.