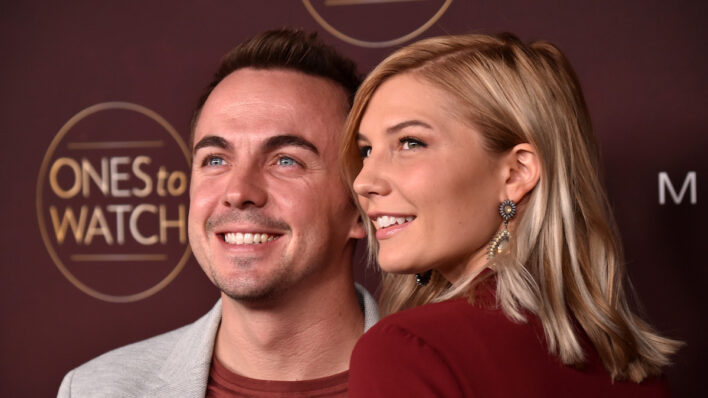 What Happened to Frankie Muniz, the Actor Who Forgot His Own Show?

Frankie Muniz, most widely known for his iconic role in Malcolm in the Middle, has been privately dealing with a terrible condition: memory loss.
By Shaoni Das    March 9, 2020

Frankie Muniz, most widely known for his iconic role in Malcolm in the Middle, has been privately dealing with a terrible condition: memory loss.

Many of us might not recall his name right away, but most of us should absolutely remember his sweet, angelic face that graced our screens week after week. And we can assure you that Frankie Muniz, the sweet, angelic face in question, remains as charming as ever as an adult.

But as is the case with many other child actors of his time like Macaulay Culkin, he hasn’t had the easiest life since growing out of beloved family-oriented works. And one particular struggle in Muniz’s life took away something that most of us can’t imagine going without: our memories.

The actor first broke out as the titular lead character in the television show Malcolm In The Middle. He may only have been fourteen at the time of the show’s premiere, but he absolutely stole the show with his boy-wonder persona.

Thus began a delightfully momentous career for Frankie, in which he basically became a regular in so many of our favorite teen shows and movies. You name it: Lizzie McGuire, Sabrina the Teenage Witch, Dr. Dolittle 2 and the Agent Body Banks franchise. He was everywhere and we loved him all the more for it.

And unlike many other teen actors, he never got embroiled in an alcohol or drug-related controversy, he never had to answer questions about ‘bad reputation’ — he kept striding along on the good path and kept following his passions, whether that was acting, music or car racing.

Yet even when you do everything right, life doesn’t stop throwing curveballs at you.

His childhood and early acting career

Born on December 5, 1985 in Wood-Ridge, New Jersey, Frankie Muniz was four years-old when his family moved to Knightdale, North Carolina, where he grew up. A big sports fan, he spent a lot of his early years playing soccer. He initially had no interest in acting until he saw his older Cristina perform in a school play and decided to sign up for his first audition. Frankie was eight when he was first discovered after being cast as Tiny Tim in a local production of “A Christmas Carol”.

Not long after, Frankie’s parents divorced and he moved to Burbank, California with his mother. She took it upon herself to start homeschooling him in the sixth grade, so he could focus on his acting chops. He continued to appear in commercials and made his film debut in the made-for-TV movie To Dance With Olivia (1997) and two years later in Lost and Found (1999).

“Malcolm in the Middle”: the show that made him famous

In 2000, Frankie Muniz landed his first starring role as young Willie Morris in the family drama My Dog Skip, which was released the same year he auditioned for the lead role in the hit TV series, “Malcolm in the Middle”. The title character Malcolm was originally written as being nine years old and because Frankie was 13 at the time, he thought he was too old to be cast for the part and that he’d blown his chances.

He gave his mom a thumbs down when he walked out of the audition room but it turned out that the show’s producers were so impressed with the young actor that he got the part and the main character was actually aged by a couple years. The sitcom attracted a whopping 23 million viewers when it first premiered on January 9, 2000 and another 26 million tuned in to watch the second episode. The show’s instant success coupled with Frankie’s performance earned him an Emmy nomination the following year. “Malcolm in the Middle” ran for seven seasons until 2006.

Muniz appeared in several movies at the same time

During the popular show’s run, Muniz managed to be pretty successful on the big screen too, with starring roles in movies like Big Fat Liar (2002), Agent Cody Banks (2003) and its sequel. That’s just to name a few!

“Malcolm in the Middle” aired its final episode on May 14, 2006 and Frankie Muniz wasted no time, appearing in the horror film Stay Alive just over a week later. It was also around that time that he started to feel like maybe it was time to take a break from acting. At least, he figured out he wanted to transition out of traditional Hollywood movie roles:

Growing up has never scared me until last year. I started thinking about getting older, being an adult, and it scared me. Hopefully things will work out in my career. If they don’t, then it was never meant to be.

His subsequent roles in movies like My Sexiest Year (2007) and Extreme Movie (2008) weren’t half as successful as his previous acting endeavours so he decided to change things up. To the surprise of many, it turned out Muniz had a need for speed.

Frankie Muniz always had a passion for race car driving, long before launching a career in the sport. “I want to want to act and, right now, I want to race,” he said. It all started in 2004 when Muniz participated in the Toyota pro/Celebrity race in Long Beach, finishing in 7th place. The following year, he came in third and was crowned best-finishing celebrity. Practice makes progress! He’d considered joining a racing team as an owner for some time but after he was offered a test in a car, he opted to sign a two-year deal with Jensen Motorsport as a driver instead.

He continued to race for several years after that, but had to make some sacrifices along the way. In 2017, during his stint on Dancing with the Stars, Muniz shared that he’d gotten into a serious car crash while competing and had sustained severe injuries, including a broken back. Unfortunately for the former child actor, those injuries weren’t the only major health issues he was dealing with.

What Happened to Frankie Muniz?

Muniz also revealed to the world that he was suffering from extensive memory loss. He had his first concussion at age 7 during a soccer game, his second one during a basketball game, and the next two during football games. By his thirties, he had suffered from 9 concussions in total.

As if that isn’t already horrific enough, he also shared that he had suffered from at least 15 transient ischemic attacks since 2012. These attacks can also be described as ‘mini-strokes’ that lead to blockages within the brain.

The first attack, which occurred during a motorcycle ride, caused him to lose his peripheral vision, and when he came back home, he could barely recognize his girlfriend or mom.

These attacks also took away large chunks of Frankie’s memories, particularly of his youth; he couldn’t remember being on Malcolm in The Middle or going to the Emmys’ or any of the awesome things that happened to him during those years.

As human beings, we have a habit of using our positive memories as mood boosters; once we can recall those amazing memories, we are able to bring that same energy into the present day and fend off those feelings of negativity. Living in the past can be a drug, and we’re all guilty of relying on it, from time to time.

I consider myself to be in an amazing place. So it’s weird when people are like, ‘oh I’m sorry you are going through this but in my head, I’m like, ‘I’m living pretty good.’

But Frankie is not looking for sympathy. He takes his condition for what it is and does not intend to sulk around about it. It doesn’t stop him from doing what he wants to do or being where he wants to be. He’s fully aware that he’s had a wonderful career and he is still continuing to fulfill his dreams. Ever wonder what his net worth is? Approximately $40 million.

Muniz: The drummer, the band manager and entrepreneur

155 Frankie Muniz started playing the drums when he was 12, but You Hang Up was the first band he ever joined. A few years later, he went on to play drums with the band Kingsfoil, but ultimately left because of scheduling conflicts. Then in 2017 he announced that he had switched gears yet again and this time, he was managing the band Astro Lasso.

Muniz and his now-wife, Paige Price, became small business owners the following year when they purchased a small specialty shop in Scottsdale, Arizona called Outrageous Olive Oils & Vinegars. “We live and breathe this store right now. It’s the only thing we have time for. But we love it,” Muniz said about his new venture at the time.

Ultimately, the couple decided to sell the shop during the COVID-19 pandemic and who knows what kind of project Muniz will come up with next. One thing is for sure, he’s got his hands pretty full right now with a newborn.

He got back on his feet with his wife’s support

His memories may have come and gone but his longtime girlfriend and now-wife Paige Price never left his side. Frankie and Paige tied the knot in 2020, and it had been a long time coming, seeing how she’s been the one constant in his life through all the ups and downs.

Every time Frankie talks about her, he just sounds more and more in love. He told People that the couple doesn’t spend a minute apart and that he doesn’t ever get bored of her. He also revealed that she was a major factor in helping him cope through memory losses.

Every now and then, he would get sad about losing his memory but Paige would help him through those tough moments by being his rock. She writes everything down in journals, which includes all the moments, all the emotions, all the little things Frankie may have a hard time remembering. So all he needs to do is skim through the journal, and he is able to recall a lot of information that his mind may have otherwise neglected.

I just want to keep moving forward so I don’t really dwell too much on the past.

Earlier this year, Frankie and Paige welcomed their baby boy, Mauz Mosley, born on March 22 and the couple couldn’t be happier.

“That was the moment that my life changed forever,” Muniz wrote on Instagram about the birth of his son. “I had heard that it would, but I never would have expected the impact seeing my son would have on me. Honestly, I didn’t know it was possible to love anything as much as I love him. It took me a long time to post because I’ve been 1000% obsessed with him, already striving to make every moment he lives on earth the best it can possibly be.”

There are no barriers to achieving true happiness

Frankie and Paige’s pristine relationship shows us that there are no real barriers to getting our happily-ever-afters. Things might be imperfect and there might be a lot of mental challenges we have to work through first, but as long as we carry an optimistic attitude about those struggles, we will find ourselves grateful for what we have.

Having a solid support system around us is also crucial to being able to cultivate such a positive attitude. There is a reason why Frankie is so casual and honest about his health struggles; he does not see them as obstacles to fulfilling his passions. He continues living life to the fullest and has no regrets about anything. Such is the unbreakable spirit of human endeavor that keeps the world spinning.